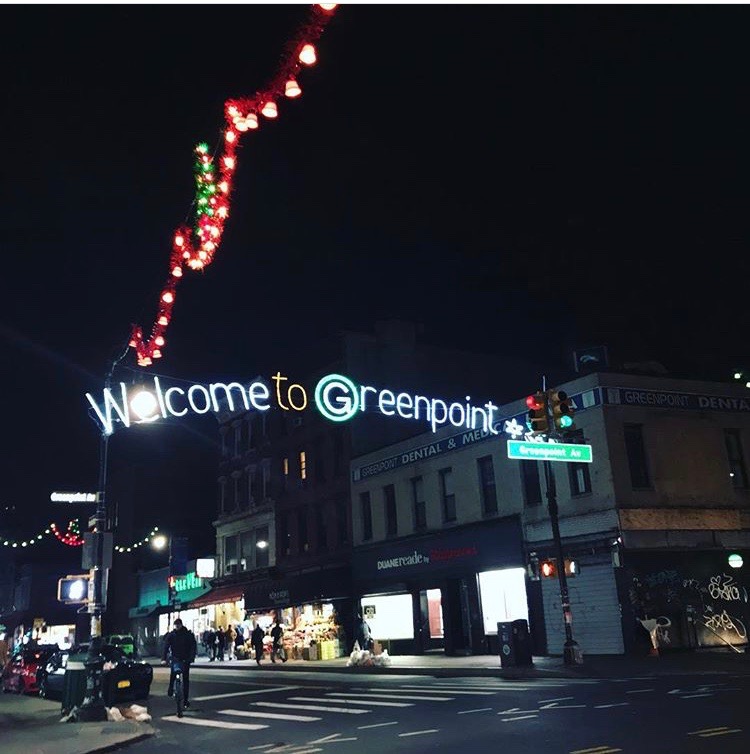 One December night, I walked up the subway steps in Brooklyn after a rough commute and an exhausting restaurant shift. When I stepped onto Manhattan Avenue and looked up, all my gripes dissipated under a simple string of holiday lights that read, “Welcome To Greenpoint.”

Over 100 years old, Greenpoint, nicknamed “Little Poland” is home to the second largest Polish population in the country but its industrialized history was built by working-class immigrants and refugees of assorted nationalities. Many of these multigenerational families still live in Greenpoint, as is evident from the mélange of gastronomy, art, customs and culture that share the neighborhood.

Despite gentrification, community still survives in this now trendy neighborhood. Visitors can explore the neighborhood’s storied immigrant past through the shops and restaurants that line its avenues and give Greenpoint a timeless charm.

Giving Back, One Donut at a Time

The only thing Donna Siafakas sugar coats are her donuts. She’s the delightfully candid owner of Peter Pan Donut & Pastry Shop, arguably, the best donuts in New York. It’s been in business for over 60 years and the famed shop lives up to the hype. But a conversation with Donna makes it clear this donut shop is a conduit for something far more meaningful.

Born and raised in Greenpoint, in a massive Italian family, Donna and her husband, a Greek baker who immigrated here in the ‘70s, maintain the shop’s original recipes. Donuts go for only $1.10 and she insists on keeping coffee priced at a buck.

“I do that for the seniors or the working person,” she says. “I have a lot of DOT (Department of Transportation), sanitation men, and cops come in. They make a decent salary, but if you have a family, it doesn’t go a long way.”

She also gives back to local schools, funds a traveling chess team, and is the reason those holiday lights were resurrected in Greenpoint. The neighborhood traditionally had lights but the practice stopped years ago after the store owner who had collected funds for the display, retired. Donna ached to see the lights go up again, so she purchased a small strand for her block and ignited the interest of 75 other business owners, who funded the full avenue the following year for a whopping $40,000.

Geoffrey Cobb is a local schoolteacher, published author, historian and author, (“Greenpoint’s Forgotten Past,” The “King of Greenpoint,”) who emigrated from Ireland a quarter of a century ago.

He’s the transplant who doesn’t haphazardly reap the harvest of warmth built by a community but sows into it with generosity. For example, he recently led a local walking tour to raise funds for a community church.

If you’re planning a trip to Greenpoint, I recommend a quick read of his witty, insightful works at Greenpointers.com where you can also stay up to date on future pop-up tours and events in the neighborhood.

Adapting to Change in Little Poland

Visitors can sip a cup of homebrewed kombucha, at the Polk Dot café. Adam Parys, the owner, is the son of Polish immigrants, who established the place in the 1990s, originally as a butcher shop, Polski Meat Market. Adam’s worked to understand the dietary needs of the changing community. His clientele was once exclusively Polish but has dwindled to about 20 to 30 percent of his customer base.

The Polka Dot has adapted to the transforming tide of the community while maintaining the rustic feel and recipes of the old country. The Polka Dot serves Ukrainian Borscht, perogies, and a wide range of smoked kielbasa in the shop, which is adorned with Polish knickknacks.

As well as a local business owner, Adam is a patron of the neighboring businesses. His favorite desserts come from local institution Cafe Riviera, a Polish Patisserie known for its long lines and chocolate croissants. (Worth the wait!) Adam also indulges his love of home-brewed beer at the Keg and Lantern, a sports bar serving up handcraft ales and lagers.

Though the old ethnic identity of the neighborhood is slipping away, new business owners still benefit from the continued close-knit neighborhood.

“We immediately felt part of a community,” new store owner, Thomas Arcuri of Starhawk Design Studio, said, contrasting his move to Greenpoint with his experience in neighboring Williamsburg.

Visitors to Arcuri’s beatnik store can pick up anything from custom tie-dye to rare crystals, and take home an interesting anecdote courtesy of its free-spirited owners.

These businesses are just a few, new and old, among many thriving along Manhattan Avenue and the surrounding streets. Also of note in the neighborhood, which was designated a historic district, include:

Kiszka Nassau Meat Market: An iconic institution that has served the community for nearly four decades.

Saint Anthony of Padua Church: The ornate church clad in brick and accented with limestone was built in 1875.

The Bomelstein Clock: is the last remaining street clock in Brooklyn, and one of only four that remain in the city. It was designated a landmark in 1981.

Krolewskie Jadlo: One of the most lauded Polish restaurants in New York. 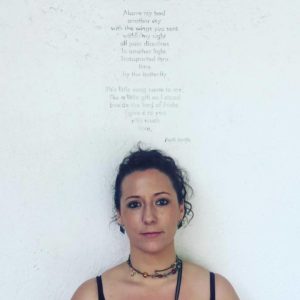 A curious freelance writer based in Brooklyn, New York, Alexandra Fletcher seeks the stories that speak to the heart of human connection — Music, travel, mental health, and culture.