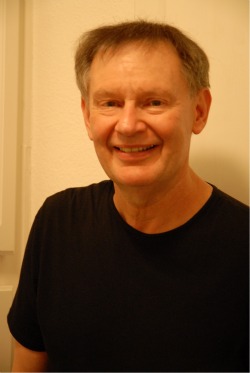 Before launching Blix Street, Bill Straw, himself a frustrated singer-songwriter, began his career in the legal department of Capitol Records.  He moved on to Warner Bros. Records, Shelter and others before becoming general counsel for MCA Records.  Eventually, he moved on to Curb Records, where he also formed a label called Gifthorse, distributed by Curb, to house Mary Black’s U.S. releases.  When he severed his ties to Curb, he launched Blix Street, naming it for the street on which he lived in Los Angeles. Now based in Gig Harbor, Washington, outside of Seattle, Blix Street continues to release a small number of tasteful recordings each year.   While generally artist-driven, their next project is the soundtrack of an acclaimed PBS special entitled FOR LOVE OF LIBERTY:  THE STORY OF AMERICA’S BLACK PATRIOTS.  On September 28, Blix Street will also be releasing a retrospective of Washington, DC-area singer Grace Griffith (who brought Eva Cassidy to their attention), called “Sailing” culled from her Blix Street releases. About Blix Street Records: Independent Blix Street Records, based in Gig Harbor, Washington, has been known for its eclectic catalogue of music since it launched in 1994.  Expanding from its original focus on Celtic music, Blix Street has released eight CDs by the late Eva Cassidy that have sold over eight million copies worldwide since 1998.  In addition, they have current releases by acclaimed singer-songwriter Maia Sharp (“Echo”) and British blues-rockers Davy Knowles & Back Door Slam (“Coming Up For Air”) as well as a forthcoming compilation called “Sailing” by Washington, DC-area singer Grace Griffith.

World footprints showcases positive footprints around the world with today’s guests.  Dr. P. Bai Akridge talks about the importance of study aboard programs and how students can discover their potential through global learning.  Frank Martin, producer of the PBS documentary, For Love of Liberty: The Story of America’s Black Patriots, and Bill … Read more