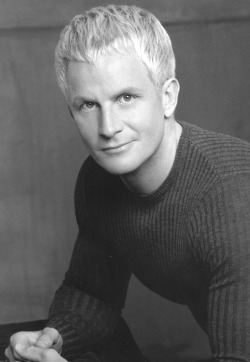 Geir Ness was born in Oslo, Norway to a humble home and loving parents who taught him that the greatest gift anyone could offer in life is to love, care and share with those less fortunate. His mom taught him that you should never give up on your dreams, to stay focused on your goals, get a good education and with dedication and hard work you will succeed. Early in his teenage years, he knew that he wanted to do something with his life that had meaning and would make a difference in the lives of other people. He started working as volunteer at a specialized school for handicapped and disabled children. This volunteer work gave Geir a lot of experience and a better understanding of how important it is to give love and kindness.  In return Geir received from these kids so much more than he could ever expect. That experience gave him the compassion and dedication to want to do more with his life. He realized that it will take more than compassion and inspiration, but also money. He always wanted to travel and see the world and decided to combine his desire and need for making money.  He began his journey, overcoming obstacles most of us will never even encounter. He answered an ad in the local Oslo newspaper for tour guides in Mallorca Spain. He did not speak a word of Spanish nor had he ever been there before, but he thought he would give it a try. After convincing the interviewer that he could speak the language and that he understood the culture, he was asked to wait for the Spanish teacher just to make sure he passed the written test. It was through luck the teacher’s car broke down and he was not able to travel into the city. With lady luck on his side Geir Ness got the job and two days later he was on a plane to Spain. Once he arrived he was picked up by another tour guide and was instructed to be ready in the morning for his first tour with a Swedish Family.   He could barley understand what the young man was saying, but he studied in enough Spanish in two days to understand a few words.  The next day, he managed to communicate with the Swedish family and to understand their wishes.  He carefully listened and would read his tour guide book and told the family what to see and do and even ordered a car using a few Spanish words. He is still amazed after all these years that he managed to do it. After the family returned from their tour they were happy and told him he did a great job with restaurant and sightseeing suggestions.

After one week he was called in the office of the manager and he thought, “This is it, I am finished.”  They know I faked it.” But as lady luck was on his side again he was actually promoted because the family he guided on the tour the first day was good friends with the company’s owner and they told him how nice and amazing he was. He was more than happy and excited. He also spoke pretty well, but basic Spanish since he used every minute he had to himself to learn the language. After several months on the island he decided it was time to move on and deep down in his heart he had another interest – – acting. At young age he developed a passion and love for theater and film. With that in mind he decided to move to Los Angeles to pursue an acting career. To make ends meet, he worked as a fragrance model at a major department store. His looks and accent caught the attention of the public, and he was constantly asked where he was from and what kind of fragrance was available in his homeland.  Realizing that Norway had no fragrance yet, he thought how cool would it be if he were the first Norwegian Fragrance designer and what a great way to honor his mom. His mom was always his inspiration and support and he decided that his first fragrance would be named after his mother, Laila. To show a deeper appreciation and love for her, he copied her signature and placed it on every bottle. In a business world where only a few survive and where everyone will tell you why you can’t succeed, Geir Ness was determined and ready to take on the challenge. He knew he had one thing he had going for him and that was the belief he had in himself and his ‘go-get-it’ attitude and to never to accept ‘no’ for an answer.  Selling most of his cloths at garage sales, reaching the limits on his credit cards and borrowing money from his only friend in the Unites States, Geir started his business in not only in an industry he knew nothing about, but also one that is less welcoming of new comers. The odds of surviving were staggering; the odds of becoming successful were astronomical.   But Geir Ness doesn’t know the meaning of words like “no, can’t and shouldn’t”.   His determination to make his mother proud of his life’s accomplishments has pushed him to heights most would say is impossible.  But for Geir Ness, impossible is simply an opinion and that word does not exist in his vocabulary.  Armed with a $5 suit, a red carpet found in the trash and a photographer who couldn’t afford film for his camera, inviting his fellow students from the acting school to pretend to know him as the mega celebrity from Norway, Geir staged a publicity event at Nordstrom’s, ultimately landing him his first order of 1000 bottles.  Nordstrom’s believed the order would last 3 months; instead Geir sold out in one hour and had a waiting list of 50 people!  Ever since that moment Geir was on a roller coaster ride of events from Beverly Hills to small towns across America. From disasters in manufacturing, to an industry that wanted to see him fail, to an absolutely grueling 300-day a year travel schedule filled with personal and motivational television appearances and radio and magazine interviews. Geir maintains the most positive upbeat and optimistic outlook on life you will ever encounter.  Norway’s morning show “Good Morning Norway” featured him as special guest and Norway’s television network did a special on him for prime-time television about his incredible life journey and story.

Today, Geir Ness has not only surpassed his goals but also helps many people he encounters. To make his appearances more special, whenever possible he and his mother Laila together make special appearances throughout the United States to promote the company he started and now is an established million-dollar fragrance company.  Not only is he a successful fragrance designer, but Geir became a motivational speaker and speaks at schools and seminars throughout the USA and Europe to help others stay focused on the road to success. His success story earned the attention of Hollywood and he is currently having discussions with them to have his story turned into a screenplay and feature film!   In the words of Geir Ness…..”The American Dream can come true and it does not stop here, always more to come!”    Always remembering what his mother taught him, where he came from and his goal to help others, Geir donates both his time and money to a list of foundations such as the Los Angeles Aids Ride, Norwegian Cancer Society, Chicago’s Children Medical Research Foundation, Susan G. Komen Foundation and just recently he joined the I am 4 Kids Foundation to help bring awareness to education and the importance that each child can achieve anything in life as long as they believe in themselves. To add to his efforts, last year he teamed up with Norwegian Olympic Gold Medalist, World Champion and 9-time New York marathon winner Grete Waitz to run the New York Marathon in November of 2009. Since Grete was not able to run due to chemotherapy, Geir ran the marathon on her behalf to raise money for cancer patients. He ran the marathon in an amazing time of 4 hours, 28 minutes and raised close to $300,000 for the charity. He always strives to make a difference and help the less fortunate to succeed. At the end of 2009 Geir released his first pocket book “Letters from a Son to his Mother” which he dedicated to his mom. After all these years she is still his biggest supporter and always keeps encouraging him to pursue his dreams and goals. The book not only shows his love, dedication and appreciation for his mom, but also that you need the love and support to be who you want to be. His pocket book is available online. Geir’s talent just doesn’t stop by designing fragrance and beauty products; since he has a passion for fashion, he wanted to incorporate it in his product line and he began designing handbags for “the woman on the run”. As it turned out it was a smart move on his part and his handbags are best sellers; always selling out in the first couple months once on the market. His handbags are sold with products which give the customer the chance to purchase an amazing gift set for the price of just the fragrance. A year ago he added a new product called “No Baggage” which is an eye treatment and also a shower gel. Since he always strives to create new products, he is currently developing the first Laila skin care line. Today the Laila Perfume Company is featured in gift baskets for events such as the Tony Awards, the Grammy’s, MTV Awards, Miss Universe, Miss Sport Football and the Euro-Vision Song Contest. Geir Ness continues his grueling travel schedule but had to reduce it to 285 days a year.  With personal & television appearances throughout the United States, and since Laila Perfume is now one of the best selling specialty fragrances at Nordstrom’s nationwide, high profile boutiques and one of the top selling fragrances at Disney’s Walt Disney World Theme Park and Disney Cruise, most of his time is now spent at these locations. 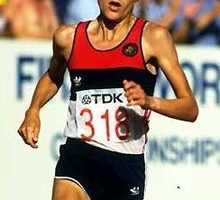 Join World Footprints as hosts Tonya and Ian explore the world of silence, the power of perfume and a new Burma.Imagine living for 17 years under a personal vow of silence.  Our first guest, National Geographic author John Francis, did just that.  After witnessing the devastating effects of the 1971 … Read more