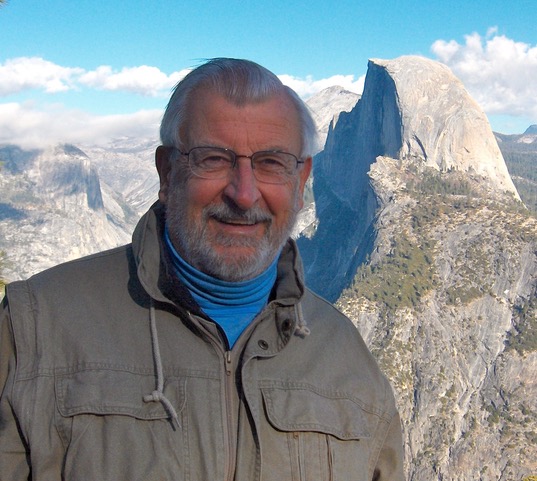 Michael Adams is the son of photographer Ansel Adams.  Born August 1, 1933, in Yosemite National Park, CA, he attended local schools through the 9th grade and then graduated from Wasatch Academy (12th grade), Mt. Pleasant, UT, in 1951. Michael attended Stanford University, Stanford, CA, 1951-1953, and then joined the United States Air Force as an Aviation Cadet. Upon graduating from pilot training in 1955, he was commissioned a 2nd Lieutenant and sent to Vance AFB, OK, for B-26 transition training. Michael was then ordered to Korea. However, when arriving in Japan, his assignment was changed to Northern Japan and the 4th Fighter Group at Chitose Air Base on Hokkaido. Michael spent two years with the 334th Fighter Squadron, 4th Fighter Group at Chitose flying the F-86F “Sabre” and the T-33A, with opportunities to travel throughout Japan, Korea, Okinawa, Taiwan, and the Philippines. Upon returning to the United States in 1957, Michael was stationed at Cannon Air Force Base, Clovis, NM, with the 388th Fighter-Bomber Squadron flying the F-100D “Super Sabre”.

When he returned to civilian life in 1958, Michael first worked as a ski instructor at Badger Pass in Yosemite, then spent the summers of 1958-61, as Manager of Tuolumne Meadows Lodge in the Yosemite High Sierra. In 1958, Michael also entered Fresno State College in Fresno, CA, obtaining BA in Geography in 1961. During that last year he decided on medicine as a career and completed the pre-medical courses at Fresno State in 1 1/2 years. He met Jeanne Victoria Falk in 1960 while skiing at Badger Pass in Yosemite.

In 1958, Michael joined the California Air National Guard, 194th Fighter Interceptor Squadron, in Fresno as a fighter pilot, flying the F-86L and T-33A, continuing his affiliation with the military and love of flying.

In 1962, Michael and Jeanne Victoria Falk were married in a ceremony at the Old Village Chapel in Yosemite Valley, 61 years to the date that his grandfather and grandmother married in Yosemite under Bridal veil Fall (July 28, 1901).

In 1963, Michael and Jeanne moved to St. Louis, MO, where Michael began his medical training at Washington University School of Medicine. Jeanne continued teaching in St. Louis high schools. Michael and Jeanne’s two children, Sarah and Matthew, were born in St. Louis during this period. Upon attaining his M.D. degree in 1967, Michael interned at Malcom Grow USAF Medical Center in Washington, D.C., having re-entered the United States Air Force as a senior medical student in 1966.

Following training in Aerospace Medicine at Brooks AFB, TX, Michael requested and was assigned to the 36th Fighter Wing at Bitburg Air Base, Germany. Michael became Chief of Flight Medicine in 1968 and Chief of Aerospace Medicine, 1969-71. Michael was selected as Flight Surgeon of the Year in 1969 for the United States Air Forces Europe. Michael was appointed as one of a select group of pilot-physicians and flew with the 53rd Tactical Fighter Squadron as an Aircraft Commander in the F-4D “Phantom II”. As a pilot-physician, Michael had the opportunity of flying to and in, Libya, Turkey, Norway and all of the NATO countries of Western Europe. Michael and Jeanne and their children traveled extensively in Europe during those three years.

In 1971, Michael and Jeanne returned to California. Michael began his training in Internal Medicine at Valley Medical Center in Fresno, completing the program in 1974, becoming Board Certified in Internal Medicine that year. He established a private practice of Internal Medicine in Fresno and practiced medicine actively until his retirement in August 2000. In 1990, Michael was honored by being named a Distinguished Alumnus of California State University Fresno. In 1991, Michael was elected a Fellow of the Aerospace Medical Association. In 1994, he was elected a Fellow of the American College of Physicians (FACP). Also in 1994, Michael was honored as a Distinguished Alumnus of Wasatch Academy. In 2007, Michael received the Washington University School of Medicine Alumni Achievement Award.

In 1976, Michael Adams was appointed an Assistant Clinical Professor of Medicine, University of California San Francisco, School of Medicine, and taught in the UCSF Fresno medical training program until this past year.

In 1971, upon returning to California, Michael rejoined the California Air National Guard as flight surgeon and pilot-physician. He continued to fly with the 194th Fighter-Interceptor Squadron as a pilot-physician in the T-33A and as the 144th USAF Clinic Commander. In 1988, he was promoted to Brigadier General and assigned as the Air National Guard Assistant to the Strategic Air Command’s Surgeon General at Offutt AFB, NE. In 1991, he was promoted to Major General and became the Deputy Surgeon General, United States Air Force, for Air National Guard Affairs at Bolling AFB, Washington, D.C. Michael retired in 1993 with a wonderful ceremony at Bolling AFB.

In 1971, Jeanne and Michael assumed responsibility and control of Best’s Studio, Incorporated, the family business in Yosemite Valley, established in 1902 by his grandfather. The name was changed to The Ansel Adams Gallery in 1972, and has continued under the able management of Jeanne Adams as President/CEO and more recently, their son, Matthew Adams. In 1993, an additional, new, Ansel Adams Gallery was established at the Inn at Spanish Bay in Pebble Beach, CA. In 2000, this Gallery was moved to Cannery Row in Monterey, CA, closing in 2004. In 1996, with the purchase of the historic Mono Inn at Mono Lake, the Adams family enlarged its retail focus in a magnificent landscape to provide additional hospitality services as well as a fine restaurant. With very extensive remodeling of the 1920’s building, the restaurant re-opened in 1997, with marvelous views of Mono Lake and a special ambience and Craftsman design. Michael and Jeanne’s daughter, Sarah, managed this restaurant until 2009. Michael and Jeanne personally purchased the Mono Inn in 2010 and the restaurant re-opened in 2011 under a lease arrangement. Michael remains Chairman of the Board of these family businesses.

Michael and Jeanne are the proud grandparents of Scarlet and Ellery, daughters of Sarah Jeanne Adams and Robert Fletterick, PhD.

Michael Adams continues today as an active council member of the Yosemite Conservancy. Michael continues to lecture about his father at various venues throughout the U.S. 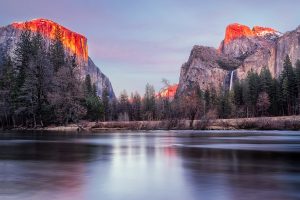 Enjoy a conversation with Ansel Adams’ family and gain some success principles from Mahisha Dellinger, Founder and CEO of CURLS …on World Footprints.