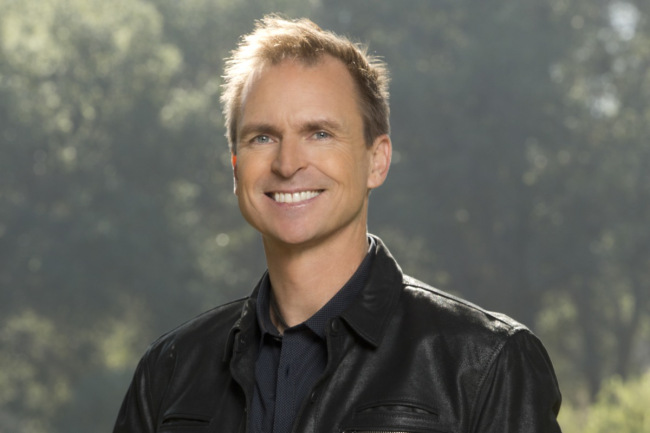 Adventure TV personality Phil Keoghan is host of the Emmy Award-winning series ‘The Amazing Race’.
He’s worked in over 70 countries around the world as host, producer, writer and cameraman on more than 1,000 TV episodes.

Phil’s ride across America raised over $1,000,000 for people with Multiple Sclerosis who struggle to get out of bed each day. His goal to ride across the country started as a personal one but it gained the momentum of changing people’s lives as the wheels turned. Phil realized that his physical adventure could raise funds for research so children can grow up without fear of MS and can live their lives NOW without the hindrance of an immobilizing disease.

Phil Keoghan is helping give young athletes around the world the chance to fulfill their dreams as professional cyclists. Cycling is a sport that takes a lot of support and one of the items on Phil’s list is to create such an environment that these athletes can take a risk and chase their dreams.

He has co-created and co-produced a number of original series, including ‘Keoghan’s Heroes’, an internationally syndicated show profiling thrill-seekers around the world; ‘The Human Edge’, a technology show for National Geographic Television; and ‘Phil Keoghan‘s Adventure Crazy’, a series for the Travel Channel and Discovery International. He also hosted ‘FOX After Breakfast’ for FOX, ‘Surprise, Surprise’ for CBS and ‘The Best of Both Worlds’ for A&E.

‘No Opportunity Wasted’ (NOW) is the fruition of a lust for life that Phil has had ever since a near-death experience at the age of 19. After reflecting on the importance of seizing the day, Phil decided to approach his life anew. With a reinvigorated ethic he wrote a list for life: a tick-box of things he wanted to do before he died. NOW he’s a man determined to live each day as if it were his last. Breaking a world record for bungee jumping, diving the world’s longest underwater cave, and renewing his wedding vows underwater while hand-feeding sharks are just some of the adventures Phil has shared with television audiences all over the world. Phil has been profiled in People magazine and TV Guide, and has been featured repeatedly on Oprah.

During a 2001 Oprah appearance, Phil said, “The more I live, the more I want to live, and the more I want to help others live their once-in-a-lifetime dreams.” It’s a mantra he lives by. And now, on Discovery Channel’s new series ‘No Opportunity Wasted’ – which he created and hosts – Phil challenges others to do their dreams. 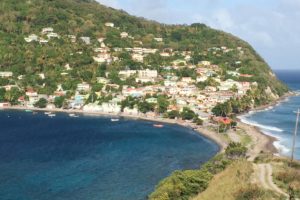 Trafalgr Falls on Dominica.  Photo by Tonya Fitzpatrick Phil Keoghan is host of the multi Award-winning reality show, “The Amazing Race”.  We talked to Phil about how the show mirrors his life, his passion for travel and his commitment to give back to others.   Phil also shared how a near … Read more