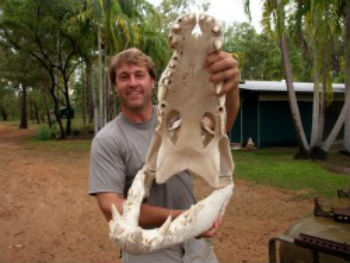 Richard Wiese, is a world-class explorer and host of ABC’s program, Born to Explore, which debuted on September 3, 2011. He is also author of a detailed guidebook entitled the same name. Born to Explore is a new genre of adventure travel, which is about local culture, people, places and the planet. Wiese is an Emmy winning host and producer and was also the youngest man to become president of The Explorers Club. As an extreme adventurer his goal is to inspire young people and spark their interest for discovery and the love of outdoors. Wiese believes that living an active outdoor nature-filled life in today’s society is challenging but certainly not impossible. The message is not simply about spending more time outdoors; it is also about the act of doing, being creative, civic mindedness, and learning skills that will make you become an interesting and more evolved person.

As an Emmy-¬winning journalist, outdoorsman, and respected field scientist, Wiese has traveled to all seven continents. He has tagged jaguars in the Yucatan jungles, led an expedition to the Northern Territory of Australia to probe the Aboriginal myth of the Rainbow Serpent, co-discovered 202 new forms of life in the first microbial survey of Central Park in NYC, and founded the Central Park “Bio Blitz”: 24 hour, cataloging of all life forms in the park. He was a team member of the largest medical expedition ever conducted on Mt. Everest, achieved the first ascent of an unclimbed mountain in Alaska, discovered 29 new life forms on Mt. Kilimanjaro in Africa, and cross country skied to the North Pole. He has climbed and sampled the most geologically unique volcano in the world, Tanzania’s Oldonyo Lengai during a recent eruption, completed two expeditions to Antarctica to core glaciers for climatology studies, trekked down the deepest canyon in the world, the Colca Canyon in Peru, and participated in the Yeronisos Island Expedition, an archaeological dig in Cyprus to find the birth temple of Caesarion son of Cleopatra and Julius Caesar. Most recently he traveled to the hottest place on earth in Ethiopia to attempt to extract fragments of DNA from molten lava to look for evidence of microbial life in conditions never thought able to support life. Wiese has hosted many television shows including, Fox’s Beyond Tomorrow, Earth and Space, and Exploration with Richard Wiese, which is syndicated and can be viewed around the world. He also just completed filming a special series with the BBC and Discovery Channel called Hell on Earth. He has appeared on Late Night with Craig Ferguson, CNN, Dateline, FOX News, BBC, MSNBC, ABC News, CBS Morning Show, Good Morning America, WB11’s Morning Show, and many other programs, as well as in USA Today, the New York Times, Newsday, People, Esquire, Science, the Washington Post, National Geographic, the Los Angeles Times, the Times of London, Wine Spectator, and Forbes. In 2006 the American Museum of Natural History Expeditions named Wiese an Explorer in residence. He was honored at the 2005 Boy Scout National Jamboree, where he addressed 90,000 people and had a camp named after him. By invitation of King Mohammad VI, he was the U.S. representative to the Moussem de Tan Tan, a gathering of 45,000 nomadic Arabs in Morocco, and he received a Special lifetime achievement award by the Science Museum of Long Island.

As a journalist, he has received numerous honors, including an Emmy, a Genesis Award, an Associated Press Folio Award, and a Golden Halo Advertising Award for Best Environmental/Wildlife Campaign. His articles have appeared in countless national publications. Wiese’s father was the first person to fly solo over the Pacific Ocean in an airplane. Wiese’s first taste of adventure came when he was 11 years old when he and his father climbed Mt. Kilimanjaro in Tanzania. Since that time he has led over a dozen expeditions to this very same mountain. Inspired by a favorite Uncle Dr. Richard Lanza of MIT’s Nuclear Engineering Department, he graduated Brown University with a science degree. He now shares his uncle’s passion for getting young people engaged and enthusiastic about science and the wonders of the great outdoors. Wiese, his safari-guide wife Nicci, and their twin boys and daughter live Weston, Connecticut. 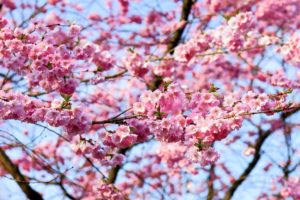 Today we’ll go on some remarkable adventures and we’ll review the history of friendship between the United States and Japan. Mary Anne Potts has worked in the adventure travel editorial space for more than eleven years. She started on the editorial staff of National Geographic Adventure magazine in 2001 and … Read more