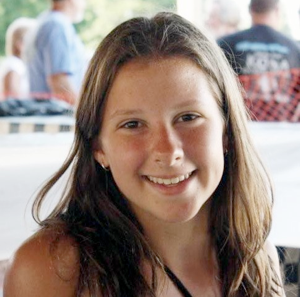 When Stephanie Jallen was 9-years-old she was invited to the Camelback Adaptive Ski Camp in Tannersville, Pa., and was instantly hooked on the sport. While instructors initially wanted to put her in a bi-ski tethered to an instructor, Jallen insisted on learning to ski standing up. Jallen quickly developed as a ski-racer through the Pennsylvania Center Adapted Sports, a chapter of Disabled Sports USA. She was first named to the U.S. Paralympics Alpine National B Team in 2011 at only 15-years-old. She is the second-youngest member of the national team, just two months older than teammate Staci Mannella. Stephanie Jallen was born with a rare birth defect called CHILDS, Congenital Hemidysplasia with Ichthyosiform Erythroderma and Limb Defects Syndrome. CHILDS is a chromosomal disorder that affects the entire left side of the body, leaving Jallen with only one leg and one fully developed arm.

Her nickname, Hopper, comes from the fact that when her prosthetic limbs weren’t being worn, she had to hop. Stephanie Jallen has always been active and learned to play soccer with her friends. She does have a crutch but she uses it mainly for balance and is happy to stand or move around on her leg. In an interview she said that she would not want to have her limbs back to normal as that would just make her “boring”. Jallen is studying at King’s College in hopes of earning a business degree. 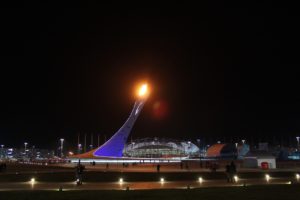 World Footprints continues to have a wonderful time in Sochi, Russia as the city plays host to the country’s first ever Winter Paralympic Games.  Today we will introduce two extraordinary athletes who will inspire you with their stories of courage, tenancity and strength–skiier Stephanie Jallen and hockey player Nikko Landeros.  Both … Read more