Ever since he was a child, Tory Belleci knew he would work in the film industry.  At age 11, his uncle gave him a Super 8 movie camera and he began making movies.  Tory went on to San Francisco State University film school and graduated magnum cum-laude.  In 1994 he started working with Jamie Hyneman, first as a stage manager, but he then quickly moved up the ranks. In a few years’ time, Tory started work at Industrial Light and Magic (ILM), building models for films including Star Wars: Episode 1 -The Phantom Menace and Star Wars: Episode 2 – Attack of the Clones.  Some of his models include the pod racers and Federation battleships.  Tory worked for ILM for eight years as a model builder, sculptor and painter.  His special effects work can also be seen in Starship Troopers, Sphere, Galaxy Quest, Bicentennial Man, Terminator 3, The Matrix, The Matrix Reloaded and Van Helsing.

Tory Belleci also has written and directed his own short films, including the 1999 short Sand Trooper, which played at the Slamdance Film Festival and also aired on the Sci-Fi Channel. Tory has been with MYTHBUSTERS since the beginning, first doing work behind the scenes and then becoming one of the show’s co-hosts.  Since being on the shows, he has jumped out of several planes, wake-boarded behind a cruise ship, been chased by a crocodile, stared down a bull and swam with the sharks. Footnote:  Tory Belleci, co-host of Discovery Channel’s MythBusters, visited post-earthquake Haiti during a recent break from the show. Tory teamed up with Life Giving Force, a nonprofit that provides clean drinking water systems to poor and rural communities, to distribute these clean drinking water systems throughout the country. Tory’s had a very moving experience in Haiti and learned a tremendous amount about water sourcing.  He hopes to do additional volunteer work moving forward as his production schedule allows. 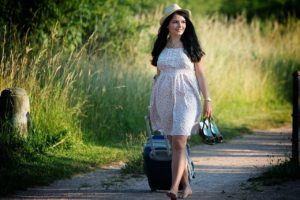 World Footprints bust some myths with Tory Belleci, co-host of Discovery Channel’s Mythbusters.  Since joining Mythbusters, Tory has jumped out of planes, wake-boarded behind a cruise ship, and been chased by a crocodile.  Belleci, the MythBuster, is often considered to be more of a daredevil and often performed the more … Read more