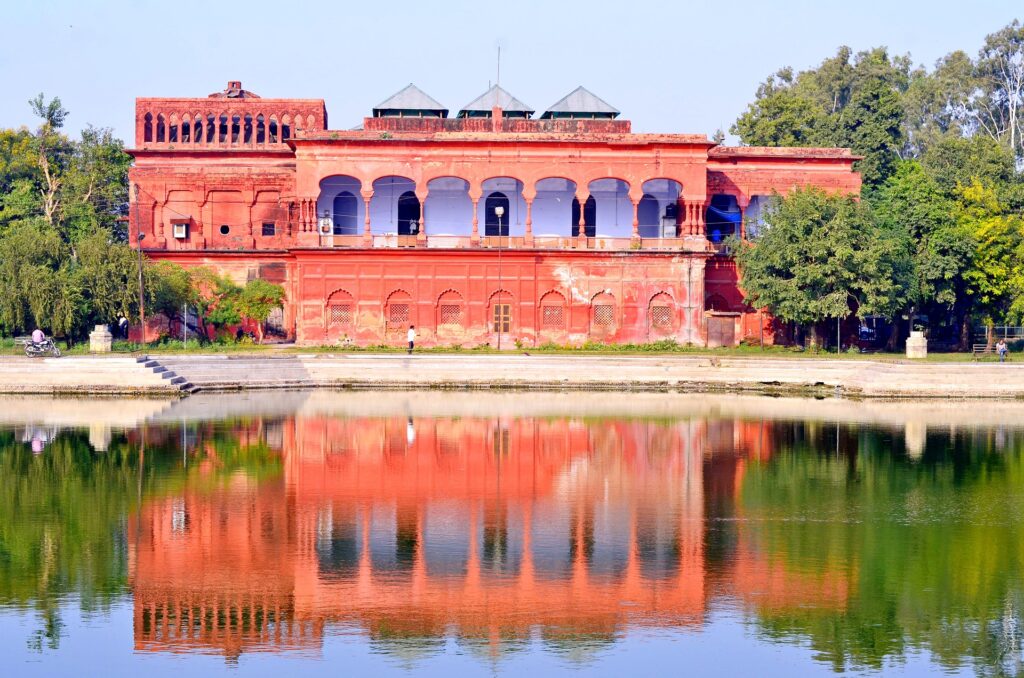 Located by the Gomti river, a major tributary of River Ganga, Lucknow is a paradise for explorers with its time-honored architecture, lip-smacking dishes, lyrical zubaan (style of conversation), and world-famous garments.

Unique in its sophistication and etiquette, Lucknow has traversed through the rough and smooth terrain of Indian history since its inception. Mythologically, the city got its name from Lakshman, who settled here on a hillock after he had got this land as a gift from the epic hero Lord Rama, his brother. The city came to be known as Lakshmanpur after him. The other story is also fascinating. After the invasion of Mahmud of Ghazni, a section of his army settled in a fort here. The fort was called Likhna Kila (Kila means Fort) and later it evolved as Lucknow.

Winter is the best time to soak in the charms of Lucknow when the mercury dips and the city wraps itself up in a foggy blanket. With the clip-clop sound of the horse-driven carriages running through the streets of the old city and the unique way the carriage puller will narrate Lucknow’s storied past, you will be transported to the bygone Nawabi era. Lucknow prospered during the reign of its benevolent Nawabs, who were known not for their conquests but for their patronage of art and culture that is reflected in the architectural splendors strewn across the city. Each of the historical landmarks of this Constantinople of East has a different story to tell.

Ascend the narrow stairs carefully and find yourself captivated amidst thousands of serpentine passages interconnected with 489 identical entrances. You are inside the incredible maze or Bhulbhulaiya now. Just one trail will take you to the rooftop terrace but numerous others, with identical low ceilings and steep stairways, will lead to blind ends or you may go on moving round and round just to find that you are exactly in the same spot where you had started. While navigating the labyrinth, listen to the amazing story from your guide who dramatically narrates how the altruistic Nawab Asaf Ud Daulah planned to build this enormous congregation hall known as Bara Imambara to employ his subjects, provide them with food and save them from starving to death during the devastating drought of 1784.

As you enjoy the panoramic beauty of the city from the wide-open terrace of the Imambara or gaze at the chandeliers hanging from the ceiling of the world’s largest arched hall, or even wonder at the acoustical brilliance of the building, think about the marvelous engineering skill of Kifayatullah, the creator of this beamless monument. The walls and the inner chambers of the large hall are all made of bricks and organic compounds including tree gum, jaggery, limestone and lentils.

The white marbled elegant mausoleum of Chhota Imambara marks the brilliance of Indo-Islamic and Persian architecture. To the west of the Bara Imambara, this was built as a congregation hall by Nawab Muhhamad Ali Shah. The five arched doorways with verses from the holy Quran etched on them in Arabic script, the embellished spires, the princely dome, the slim towers, the grand interiors with exotic chandeliers and floor lamps brought from Belgium, all speak of opulence and a glorious past.

The 60-foot tall gateway has a close resemblance with the Sublime Porte, Bab-i-Humayun in Turkey and is referred to as The Turkish Gate. The word Rumi is perhaps derived from Rome as today’s Turkey was a part of Eastern Roman Empire then. The topmost part of this arched entrance comprises an octagonal chhatri (umbrella). A water sprinkler system was operative. However, the convoluted floral adornments on the wall made of brick and lime still proclaim the mastery of their creator. This striking landmark is the outcome of the famine relief project of 1784 and it stands tall witnessing the annexure of Lucknow to the British East India Company, the exile of the last Nawab Wajid Ali Shah to Calcutta and withstanding the ravages it would face during India’s First War of Independence in 1857.

The moment you enter through Baillie’s Guard Gate, named after the British Resident General of Lucknow Colonel John Baillie, you would be transported to a different world altogether. Spanning across 33 acres of land, now mostly in ruins, this mini township had been constructed for the British personnel by Nawab Asaf Ud Daulah and Nawab Sadat Ali Khan. On a cold winter morning when the soft sun illuminates the crumbled architecture of once so vibrant British Residency where, as the name suggests only Europeans could enter and reside, walk through the Treasury house, the Banquet Hall with its grand fountain, Officer’s mess, the post office, Dr. Fayrer’s house. When the British East India Company took over the political and administrative control and deposed the last Nawab of Lucknow to Calcutta, the Residency would fail to escape the fury of the people of Lucknow and the consequence would be India’s First War of Independence in 1857. The marks of bullets and cannon attacks on the ruined structures narrate the tale of the people’s zeal to get free from British imperial rule.

As you meander through the labyrinthine lanes of the city, stop for a moment to marvel at the hand-embroidered textiles of Chikankari and Zardozi, the two traditional crafts of Lucknow for centuries. Chikankari involves a needle and simple threads for embroidery whereas Zardozi, once designed for the Emperors and the Nawabs, includes gold, silver, crystal, gems and all other precious embellishments.

The exquisite flowery, musky or woody fragrance from the beautifully designed glass bottles that line the shops near you would tell you about the artistry of attar (perfumes), which flourished under the advocacy of the Nawabs and had rightfully clinched its place in the craft world across the globe to date.

The Culinary Culture and Cuisine

Let the food puff in the whiff of spices — this is how Lucknow introduces its unique style of slow cooking to the outer world. Start your culinary journey with nihari, a type of mutton stew, cooked overnight for six to seven hours and kulcha, a flatbread that pairs well with the stew. Taste the soft dissolving Galawati Kebab, one of the minced meat delicacies of Nawabi cuisine. Your sojourn will be incomplete if you do not taste Lucknowi Biryani, a pot of rice and meat again cooked in low heat with a blend of different spices in the right proportion. You may end your food trail with a bowl of malai (a creamy dessert) to finish off your tryst with Lucknow cuisine on a sweet note.

With its trendy shopping malls, renowned restaurant chains and amusement parks, Lucknow is as much a part of globalization as any other modern city in India. Still, the city takes special pride in the sights and sounds of its traditional bazaars, the warren of winding alleys, the lovingly preserved architecture and the slow, laidback way of life that defines Lucknow. 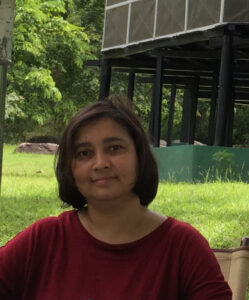 A Kolkata-based teacher, Bandita Mukherjee is an avid traveller. In her pursuit to dig deep into the diverse landscapes, cultures and customs, she has visited 18 countries and counting. But while she is thrilled to hike unknown terrains, explore cities steeped in history and understand the culinary scene of every new place she travels into; the nuanced textures of her native India is what she finds most exciting as a compulsive traveller. When she is not teaching or on-the-go, she can be found making her next trip plans, with a mug of fresh Darjeeling tea and her pet cat curled up by her side.