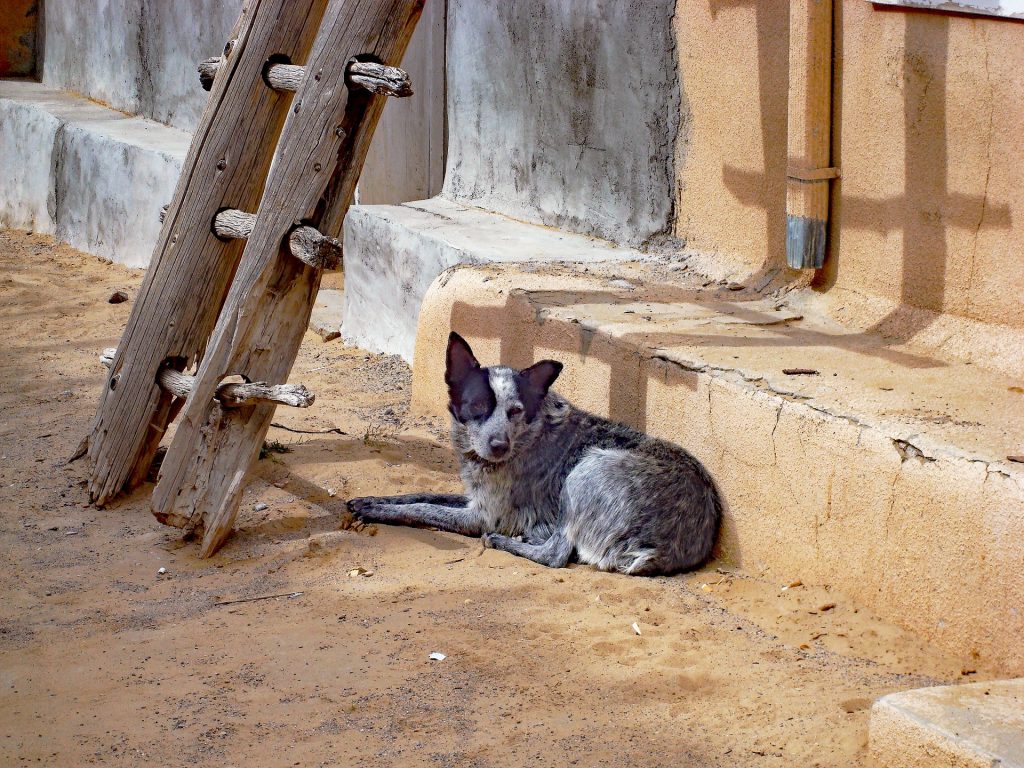 “Watch us come back with a dog,” I joked to my partner as we packed our things for four months on Mexico’s Pacific coast. As it turned out, it was less of a joke than I thought.

When you think of Mexico, dogs probably aren’t the first thing that comes to mind. But outside of the resorts and villas that most tourists associate with Mexico, things are different. The country has the largest number of street dogs in Latin America. The National Institute of Statistics and Geography estimates that about 70 percent of the 18 million dogs in Mexico live on the street, born as strays or simply abandoned. It’s a statistic that becomes overwhelmingly evident as you walk around.

Our journey began in Rincón de Guayabitos, a small beach town about an hour and a half north of Puerrabiesto Vallarta. It took less than a day for us to fall in love with two street dogs — one of whom has since been rescued and lives a couple hours away from us — and while they weren’t in terrible shape, many of the others we encountered were less lucky.

The street dog issue, both in Mexico and elsewhere, is a complicated one. While there are some irresponsible pet owners, much of it comes down to a lack of knowledge and limited access to spay and neuter programs — the keys to solving the animal homelessness problem in the country. This is something that local animal groups are working to change. But they can’t do it alone, and travelers play an important role.

The Guayabitos/La Peñita area has two active rescue groups: Hilltop Refugio, which has a shelter, and Jaltemba Bay Animal Rescue (JBAR), which does not. They’re both run by dedicated volunteers and rely on donations, and, like many animal rescues, they’re always at capacity and short on funds.

In addition to taking in and providing medical care to animals in need, the organizations facilitate foster placements, support community education initiatives, and work hard to find adoptive families for the animals. Some remain in Mexico, but many fly to their ‘furever’ homes in Canada and the U.S.

Our visit to Hilltop Refugio was a hectic one. After climbing the hill up to the shelter for their Saturday morning open house, we were met by barking. Lots of barking from lots of dogs.

The dogs we spent time with that morning had varying stories. One particularly cute group of small puppies was rescued from a bag in a trash bin where they’d been discarded, an unwanted litter from an unspayed pet. And on our way out, a man showed up asking the founder to take a litter of puppies his dog just had that he “couldn’t keep.”

It’s the free spay and neuter programs that make the longest-term impact, helping to prevent situations like those. According to PETA, just one unspayed female and her offspring can produce up to 67,000 puppies in six years. The clinics, which are completely volunteer-run and held as often as monthly, aim to educate community members about the importance of sterilization and perform the procedures at no cost for those who may not be able to afford it.

A rescue of our own

It took only three weeks before we rescued a dog ourselves. On our way out of Lo de Marcos, a small beach town between Sayulita and Guayabitos, we saw a puppy eating garbage. Naturally, we stopped to offer some food. It was only then that we realized that she was in dire need of medical attention. Severely underweight and covered head to toe in ticks, this was a dog from which we couldn’t walk away.

Despite having a rental home that didn’t allow pets, we did what any animal lover would do: we put her into the car and rushed her to a vet. She spent 24 hours in the care of a dedicated vet in La Peñita before returning to us — and all the while I continued searching for a more permanent solution.

Puerto Vallarta-based nonprofit MexPup stepped up to the plate in a big way, and I will be forever grateful to founders Patty and Todd for the support they provided. Despite having a home full of rescues and fosters themselves, they opened their doors to the five-month-old puppy we named Tiegan.

Like the organizations in the Jaltemba Bay area, MexPup does more than just rescue and rehabilitate dogs — they engage in community education sessions, offer free sterilizations, and facilitate adoptions through MexPup Canada. With the support of a wide network of individuals in both Puerto Vallarta and British Columbia, they’ve successfully placed countless dogs into loving homes and continue to work tirelessly for the homeless ones who still need help.

How travelers can help

What most people don’t realize — and what I learned during those months in Mexico — is that travelers are a key piece of this puzzle.

Before your holiday, check with rescue organizations in your destination to see if they need supplies. While some require items like blankets, leashes, and specific types of sutures for spay and neuter surgeries, others need crates transported back to them so they can be reused. Since funds are limited, donations of any size are always appreciated.

Sometimes it’s travelers who initially find and rescue an animal before a local organization gets involved. Those who do can assist by taking the dog to a local vet for an examination and providing any medication that may be necessary, including treatment for a common tick-borne disease called ehrlichia. While covering the cost of the exam and treatment might not seem like much, it allows rescue organizations to direct those funds to other needy animals.

If you have time to spare on your vacation, contact a local shelter and ask if they have dogs that need to be walked. Many are thrilled to have volunteers take the dogs to the beach or boardwalk, which not only gets them out for some exercise, but also helps socialize them and introduces them to potential adopters.

And for travelers who don’t mind spending a little extra time at the airport, being a flight angel can be extremely rewarding. The rescue organizations typically take care of the cost, so all you need is a plane ticket and a love for dogs! You’ll meet at the airport, chaperone the dog for the duration of the flight, pick him or her up at your destination, and then greet the foster or forever family at the arrivals areas. By simply accompanying the dog on the flight, you’ll have played an important role in giving a formerly homeless dog a home.

As for the ‘joke’ I made before leaving Canada? Well, Tiegan is now enjoying life with us a spoiled pup who loves the snow and cuddles. Rescuing her opened my eyes to the number of dogs who need homes and has made me question why anyone wouldn’t adopt. And each time I travel — no matter where I’m going —  I’ll now make an effort to reach out to a local rescue organization to see how I can help. Whether it’s bringing a few items in my suitcase or chaperoning a dog back home with me, I know that every little effort counts.