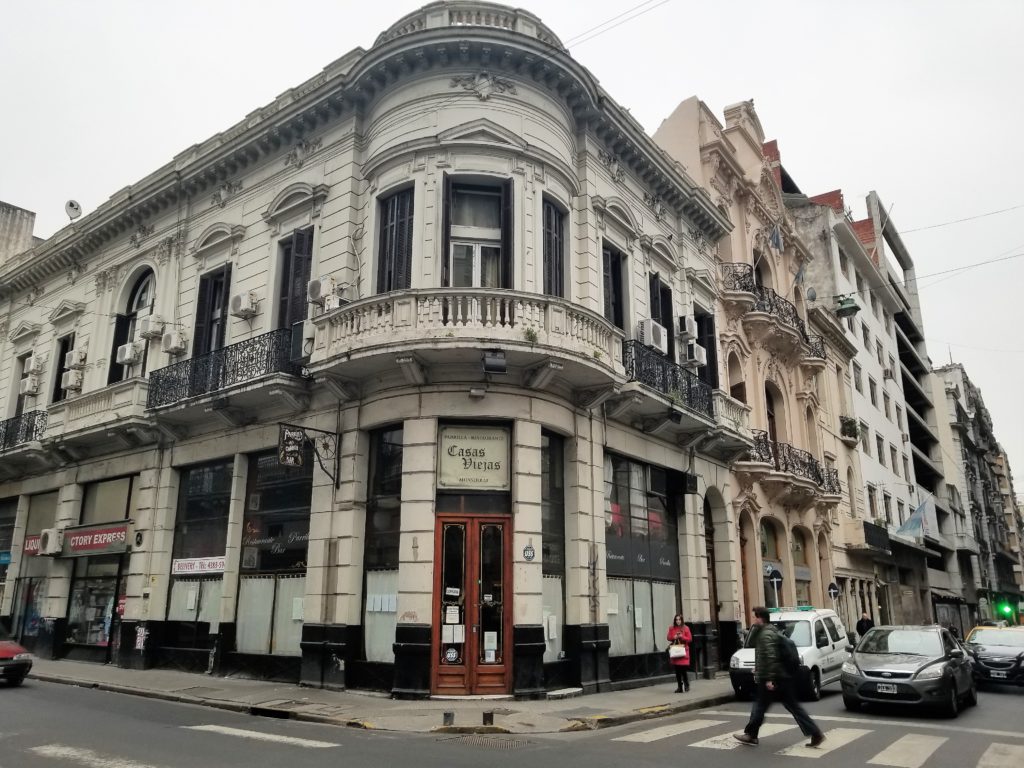 When Buenos Aires became the capital of Argentina in 1880, the mayor, Torcuato de Alvear, decided to modernize the city in order to leave its Spanish colonial past behind. People of his generation and social class – the upper crust— venerated European powerhouses like England and France and looked down on the local criollo culture, the mix of Spanish and indigenous cultures. Avenida de Mayo is the result of this eagerness for modernity and European style, but the boulevard retains its connection to its Spanish heritage.

Located in the neighborhood of Montserrat, Avenida de Mayo was designed to mimic the open boulevards of Paris. It runs from east to west and connects the two most important places in the country’s political life: the stately neoclassical Parliament building, Congreso Nacional and the pink presidential palace, the Casa Rosada. The president’s post-inaugural procession, accompanied by the historic Mounted Grenadiers Regiment, takes place along Avenida de Mayo between these two key buildings.

The Birth of the Avenida

At first, the plans for the new boulevard met with resistance. Homeowners opposed it because it meant the expropriation and demolition of existing properties. And some council members believed the project was not worth the expense. However, eventually all the parties came to an agreement and Avenida de Mayo became a reality when the work was completed in 1894. It was named for the May Revolution of 1810, which led to Argentina’s Independence.

The Parisian flair that city planners envisioned soon transformed into Spanish charm. Spanish immigrants opened cafés like those in Madrid as well as theaters where Spanish companies performed zarzuelas. They also started social clubs and literary societies on the Avenida. And Spanish architects designed and built apartment buildings, hotels, and office blocks.

The Southern Hemisphere’s first metro system, which opened in 1913, runs under Avenida de Mayo. Perú Station, on the corner of Avenida de Mayo and Perú Street, is part working metro station, part museum and provides an opportunity to experience life like it was in the early heyday of the Avenida. The station was restored in the early 2000s to look like it did when it opened. It has kept most of its original features like tiles, ticket booths, and lamps as well as antique ads on the walls that are modern reproductions.

The City’s Heritage Through Café Culture

Part of the charm of Avenida de Mayo lies in the five old-school cafés that are dotted along the avenue. They were designated Bares Notables (Historic Cafes) by the local council for their historic, cultural and/or architectural significance. They are an important part of the city’s cultural heritage, as well as the daily lives of thousands of porteños, as locals are called.

Avenida de Maya showcases some of Buenos Ares architectural highlights that include art nouveau, neoclassic and eclectic styles. They include:

Eating on the Avenida

Avenida de Mayo is the scene of several annual events like: the Gay Pride Parade (Marcha del Orgullo Gay) in November; Buenos Aires Celebra, a festival that celebrates one country and its heritage at a time; and the Carrera de Mozos, a race in which waiters and waitresses from around the country show off their skills and in which speed and balance are key.

The Spanish legacy is alive in the kitchen too. There are many Spanish restaurants on Avenida de Mayo and surrounding areas, including the oldest one in Buenos Aires, El Imparcial (Av. Hipólito Yrigoyen 1201, one block from Av. de Mayo). It serves traditional dishes like paella, gambas, or cazuela de mariscos (seafood casserole).

Avenida de Mayo’s many attractions provide an opportunity to soak up the history’s Spanish heritage and influence. 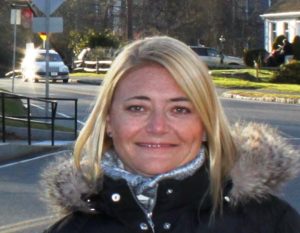