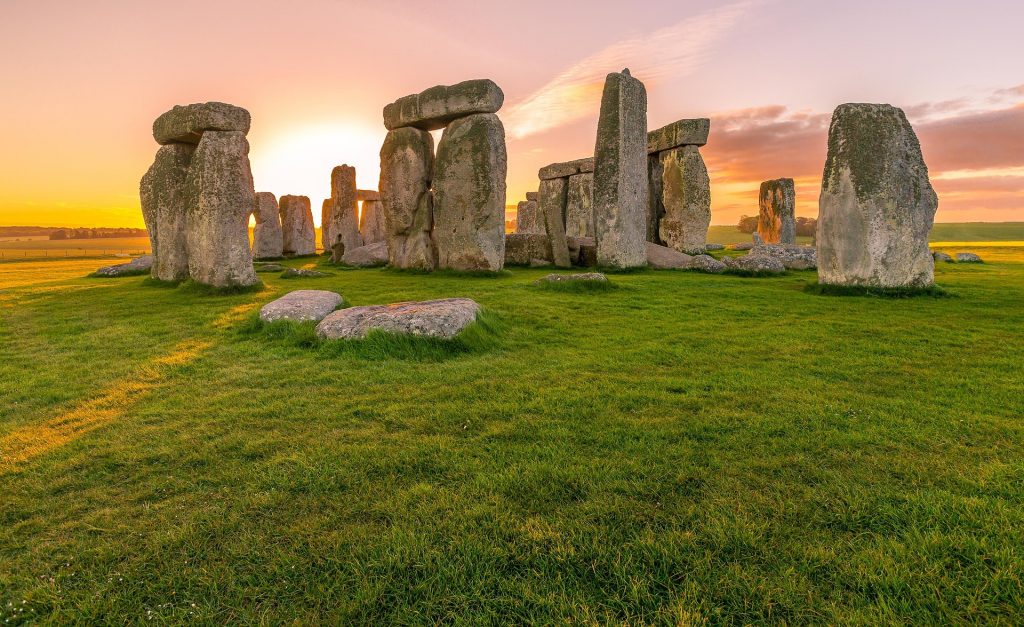 Pretty much everyone has heard of the massive stone ring known as Stonehenge; it’s one of the most visited places in England, both by domestic and international tourists. An ancient wonder of the world, Stonehenge is a classic example of Neolithic engineering and one of the best-preserved monuments of its kind in Europe. But did you know that Stonehenge isn’t the only stone circle worth a trip to the UK? Stone circles were important features of burials and religious rituals during the Neolithic period, so it should come as no surprise that there are a large number dotted around the country – over 1,000, to be exact. Here’s a guide to alternative stone circles to check out while on a visit to the UK.

Located in the Lake District in Cumbria, Castlerigg is believed to be one of the oldest stone circles in the UK, dating to around 3,000 BC. However, Castlerigg’s biggest draw is the landscape in which it is set. Situated at the peak of a small hill and flanked by a series of larger peaks, including Blencathra, Skiddaw, and Helvellyn, the latter the second highest peak in England, this landscape is arguably some of the most dramatic in the entire country. In fact, during the 19th century, Castlerigg was an inspiration to a number of poets, painters, and novelists belonging to the Romantic movement, such as John Keats and Samuel Taylor Coleridge.

This stone circle will be familiar to anyone who is a fan of Disney; the 2012 movie Brave featured it. Arranged in the form of a cross with a central stone circle, the Callanish Standing Stones on the Isle of Lewis in the Outer Hebrides were once the focus of ritual activity during the Bronze Age. According to legend, the stones were created when, after rejecting Christianity, a group of giants was turned into rock. It’s far more likely that the stones were a prehistoric lunar observatory, although, like most of the stone circles in the UK, it’s not confirmed exactly what the stones’ use was.

Moel Ty Uchaf isn’t the easiest of stone circles to get to, but it’s definitely worth the effort for the stunning scenery. It’s a relatively small and short circle, especially in comparison with others in the UK, but the climb up the hill of the same name offers spectacular views of the Dee Valley. Made up of about 40 stones in a near-perfect circle, Moel Ty Uchaf is believed to have once been a burial site, as it has a cist – a small coffin-like box made out of stone – in its center.

Nicknamed ‘Long Meg and her Daughters’, Maughanby Stone Circle consists of 59 stones arranged in an oval shape, with one tall sandstone monolith just outside of the circle. It’s this single, tall monolith which has been given the name ‘Long Meg,’ believed to be the petrified remains of an evil witch of the same name, who, along with her coven (the main circle of stones), were turned to stone by the good wizard Michael of Scotland. Archaeologists, however, believe Long Meg actually acted as a prehistoric sundial to cast a shadow over the circle. What is interesting about Long Meg are the motifs that are carved into it; if you look closely, you can see a cup circled by three rings, three figures, and some spirals and arcs. Some of the stones in the main circle also have carvings on them. Maughanby was once believed to protect people from supernatural storms.

Located ten miles from Bristol, Stanton Drew is fairly unique because it is comprised of three interrelated circles. The largest of the three is the Great Circle, which has a circumference of over 350 meters; the other two circles are smaller and situated to the north-east and south-west. However, it’s believed that the site was originally much bigger, extending to a burial site called Hautville Quoit around 825 meters away. Archaeological research has also revealed many pits that could have been used for megaliths and ritualistic purposes. The legend behind Stanton Drew is that a wedding party was taking place on a Sunday, but the only musician who was able to perform was the Devil in disguise. At the end of the wedding, the congregation was turned to stone for their sins. Because of this, Stanton Drew is a popular venue for pagan weddings and other ceremonies. An interesting fact about Stanton Drew is that it influenced the architect John Wood’s plans for the Circus, a famous historic street in the city of Bath.

Only discovered in about 1942, and then largely ignored due to the chaos of the Second World War, the site at Beaghmore consists of seven stone circles, twelve cairns, and ten megalithic rows, believed to have been constructed in relation to the rising of the sun during the summer solstice. A unique feature of Beaghmore is the smaller set of 80 stones which are within the interior of one of the circles, earning it the nickname ‘the dragon’s teeth.’ As Beaghmore was discovered so recently, there are no known tales or legends surrounding it. It’s still a fascinating site to visit, not only for its sheer size but also because it is one of best dark sky sites– sites that are perfect for star-gazing– in Northern Ireland.

Stone circles are always shrouded in mystery and intrigue, and this is what makes them so fun to visit. Stonehenge may be the most famous of UK stone circles, but you’ll get just as much out of visiting one of these alternative sites – as well as skipping the tourist crowds.