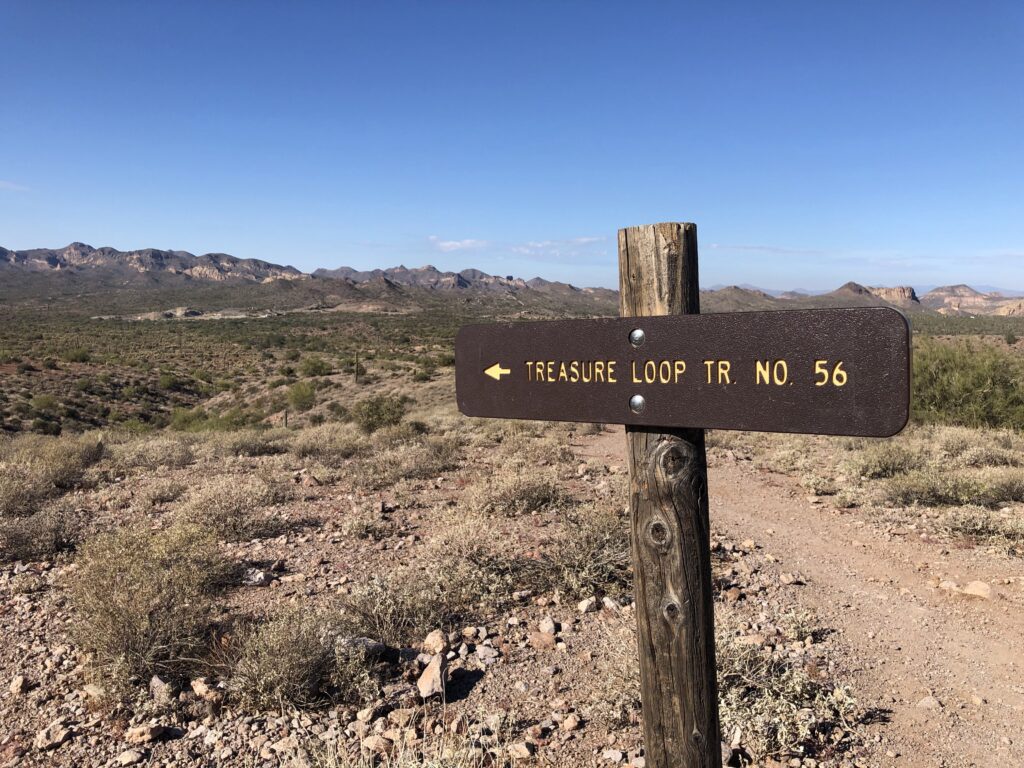 If you land at Phoenix Sky Harbor Airport, you’ll find yourself in the middle of one of the country’s biggest metropolitan areas. Skyscrapers, tangled freeways, and glittering shopping centers spread over the flat expanse of the Valley of the Sun as far as the eye can see.

However, if you find your way east of Phoenix and approach the small town of Apache Junction, the city lights melt away and the mountains rise to meet you. As cacti replace streetlights and horses replace sports cars, you might wonder if you’ve stepped back into the Wild West.

The west has, for the most part, become rather tame. However, Apache Junction still holds onto its roots as one of the wildest places the southwest has ever seen, thanks to the Superstition Wilderness, whose history has become the stuff of legends. Here, the line between fact and fiction is blurred, creating one of the strangest subcultures in the United States.

I pulled into the Superstition Mountain Museum parking lot on a sunny December morning. One of my friends, Jenny, had recently moved to Phoenix from New Zealand to look for gold mining claims with her husband, a geologist. I figured a trip to learn about the weird and wild of our state was a great Arizona baptism for someone coming halfway around the world. And if it had to do with gold mining, all the better.

We got out of the car and stretched our legs, admiring the view of the mountains towering just beyond the collection of antique buildings—mostly western movie sets— on the museum property. We were promptly met by a museum volunteer, a man in his sixties or seventies whose cowboy hat and handlebar mustache suggested he would rather have been born during the Gold Rush era.

The Gold Rush era was, of course, not a time most of us would care to have experienced. Westerns like to portray cheaters getting shot at the card table. History books show us that trigger-happy prospectors were a legitimate concern for people in 19th and 20th century Apache Junction. In fact, there are dozens of accounts of bullet-riddled bodies found in the Superstition Wilderness, belonging to those who had the misfortune to step across the wrong boundary line or fall in with the wrong partner.

The museum volunteer gave us a quick rundown of what we could do in Apache Junction, and we headed inside the museum to take a peek at the legendary treasure maps on display. Some of them looked about as useful as a napkin sketch, while others showed artistry and detail. None of them, however, have led anyone to anything worth mentioning, other than an untimely death. I was particularly fascinated by the Peralta Stones, a set of engraved maps that promise to lead to the Lost Dutchman’s Mine.

Jenny, whose professional background comes from a hands-on experience living and working at remote Mongolian gold mines, lingered over the display cabinet filled with samples of gold ore. She explained to me that underground mining—the type you picture with a prospector and a pick in an old mine shaft—“was dangerous and grueling work, but could have big payoffs if you got lucky.” Placer mining—think Alaskan Gold Rush or panning—is “more like loose gold from river gravel, but this method was much harder in the desert as it requires water.” I shook my head and wondered aloud why anyone would dedicate their lives to something as miserable as 19th-century mining. Jenny smiled. “I think it’s a bit like gambling,” she said. “You always wonder if tomorrow will be the day you strike gold.”

Of course, wild-eyed transplants with gold fever weren’t the first to roam the Superstition Wilderness. As far back as 12,000 years before settlers of European descent arrived, the area was home to a variety of Native cultures.

While many of these threads of history have remained lost or tangled, there are clues that give insight into the lives of the ancient peoples, such as the Salado, who vanished mysteriously, leaving behind their petroglyphs.

However, legends surrounding the Apache people remain to this day, as does information about the group’s traditional way of life. In the middle of the Native American exhibit at the museum, a hut-like structure of prickly mesquite branches invited guests to enter. I ducked to avoid the mesquite thorns and stepped inside. Above, a length of cloth on the roof promised shade from the beating southwestern sun, should any happen to find its way into the museum. At my feet, a mano and metate, or hand-grinder for grains such as mesquite beans, hinted at what hard work it was to stay alive in the wilderness. This wikiup is an example of the type of shelter used by natives to stay out of the heat while allowing cooling breezes to enter the home.

At the arrival of the Spanish, the Apache (as well as Yavapai and other people groups) lived in the region. The first Spanish explorers told tales of an Apache thunder god who would take vengeance on anyone who entered his domain. Apparently, they were inclined to give some credit to the legend, thanks to the numerous deaths that occurred in the mountain range.

Another famous legend about the Apache has to do with the famous Peralta Mine. According to this story, a Mexican family discovered a rich gold mine in the mountains and were caravanning the treasure home when they were attacked and massacred by Apache warriors. The Apache then hid both the gold and the mine.

Whether either of these stories is actually true is only speculation. Personally, I haven’t found any documentation that suggests much credit can be given to either. But that’s the character of the Superstition Wilderness! You’re never sure what’s history and what’s myth.

At the suggestion of one of the museum volunteers, Jenny and I headed to one of the many hiking trails that begins in Apache Junction. At the summit, we stopped to chat with some snowbirds from Canada, who took interest in Jenny’s accent and asked what had brought her to Arizona. She explained that she was here for gold mining. I had to stifle a laugh at the look on the snowbirds’ faces. Of course, she explained that her hunt for gold was based in science and business and was far away from the Superstitions.

But not everyone in Arizona for gold is interested in the paperwork and process side of mining. Many still come to the Superstitions to place their bets on the Lost Dutchman’s Mine, the Peralta Treasure. Despite the risk of life and limb—whether at the hand of a thunder god or just bad luck with the elements—and despite the federal government’s ban on treasure hunting, there are still those who are captivated by the allure of mystery and romance, who believe there still might be some wild in our weird and wonderful west.