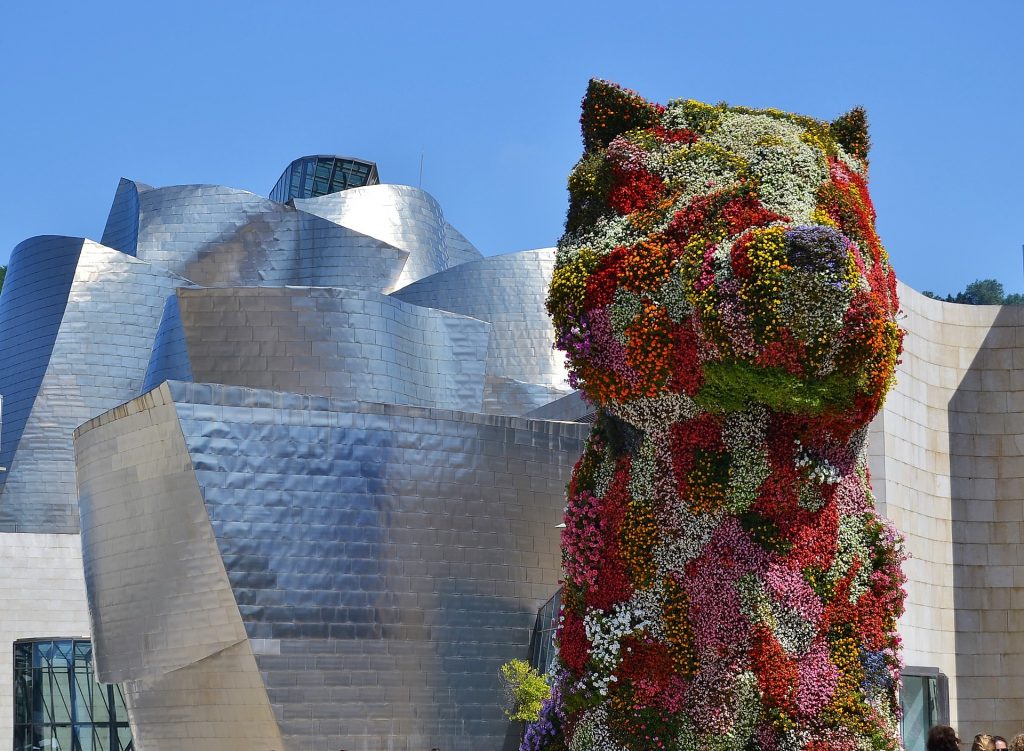 The proud capital of Spain’s Basque region, Bilbao, is a place where culture, history, and mouthwatering gastronomy surround you. Their storied history and decades spent fighting to retain their unique culture have shaped it to be the one-of-a-kind city it is today.

I was lucky enough to call this city my home for one short year during university. Everyone who knows me will tell you that I haven’t stopped singing its praises since. Spain is a large country with countless amazing cities to explore, but let me tell you about Bilbao’s history and why it should be your next destination.

I always knew I wanted to leave the United States and live someplace else. When a professor recommended Bilbao, I decided it was the place, even though I had never heard of it before. A few months later, my bags were packed and I jumped headfirst into the culture and world of the Basque region.

I am ashamed to say that not a lot of time was spent studying. Instead, I spent my free time stepping back in time to walk the colorful streets of Bilbao’s old quarter, called Casco Viejo. The narrow streets date back to the medieval age and is now a popular place for bar crawls, shopping at local markets, and open plazas with cozy terraces. Students, travelers, and the elderly alike go here to enjoy the festive atmosphere.

After stepping off the plane, I was first surprised by the strange letters I saw on the street signs and shop fronts. These words full of x’s and k’s had never appeared in any of my Spanish books.

Visitors to the region soon learn that signage proudly displays the basque words first, then Spanish. They call their language Euskara, while the rest of Spain calls it Vasco.

The Basque language predates Latin, and is, in fact, the oldest living language in Western Europe. Its origins are completely unknown. It has no apparent root words or influences from any other language. As the last remaining pre-Indo-European language, it may be even older than the Neolithic age.

The Fight to Be Basque

During Franco’s dictator rule of Spain, he had a vision of a Spain united as one and free from any outside influence. His idea of the ideal country was one where every citizen was a practicing Catholic who spoke Spanish and nothing else.

This is why, when meeting the generations born under his rule, you will find yourself speaking to a lot of women named Maria. This was by design since there was a strict list of acceptable names. All names with origins or spellings from another language were banned, meaning the family names passed down by Basque families for centuries were now illegal.

In certain regions of the country, you were fined for speaking any other language. In areas where it wasn’t technically illegal, anyone speaking Basque or Catalonian would be seen as anti-Francoist. During dictator rule, this was the last thing you wanted. Rates of fluency gradually decreased.

Due to this oppression, the Basque language has now become an important part of ethnic identity. The wounds have not been forgotten, and many consider themselves thoroughly Basque, not Spanish.

The language was difficult and I only remembered a few important words. When the bartender hands you your ice-cold beer, saying eskerrik asko, (“thank you”), goes a long way towards making you a more popular customer.

The basques know how to snack. While other parts of Spain may give you some stale potato chips with your beer, you order pintxos in Bilbao.

Named after the verb pinchar, meaning “to pierce”, pintxos are served on a small piece of bread and topped with ham, seafood, cheese, beef, and more. It is usually nearly toppling over and skewered in place with a toothpick. I always order several, since they are just one or two delicious bites.

Tapas are usually simple, some saucy potatoes or a small piece of tortilla. A pintxo is more complex and innovative, usually with a harmony of unexpected flavors and sauces. A chef can be more adventurous when it comes to pintxos and most bars have dozens of unique combinations to choose from.

The fact that the idea of tapas has spread around the world but pintxos have stayed local has always surprised me. With the increasing popularity of basque cuisine, we can only hope that the pintxo will earn its place of honor on the international gastronomic stage.

It’s not often that a single building can put a city on the international map, but most buildings aren’t the titanium-clad Guggenheim Museum. Designed by the legendary Frank Gehry, it is one of the most admired examples of contemporary architecture in the world and glistens next to the flowing Nervion River.

Bilbao was facing a post-industrial economic slump in the ’90s. The city gambled on an expensive building to introduce the Basque capital to the rest of the world. Almost overnight, a city without a tourist culture started to fill with visitors.

The museum is known for its modern art and the curves of the building and large windows feel like a second exhibition. Make sure to head to Richard Serra’s The Matter of Time exhibition, where you can find your way through a maze of ceiling-high spiraling steel sculptures.

The Pickiest Soccer Team in Europe

Since 1912, their multiple league-winning soccer team, Athletic Bilbao, has only signed players who trained in or are native to the Basque region. The plan is to bring their own young players up through the ranks and give them a chance. Many in the region consider it a point of pride to cheer on a team made up of their own.

Others, however, find this nationalism cold and discriminatory. This a rare prerequisite in major organized sports. No other European team places restrictions based on birth and national identity.

Luckily, I felt welcomed as an outsider during my time in Bilbao and am glad I took a bet on an unknown city. Living in a fiercely independent city was new to me and opened my eyes to the conflicted history of Spain.

Everyone knows Barcelona and Paris are magical cities, but I challenge you to pick somewhere less-visited for your next voyage. You might find yourself falling in love with a place like Bilbao.