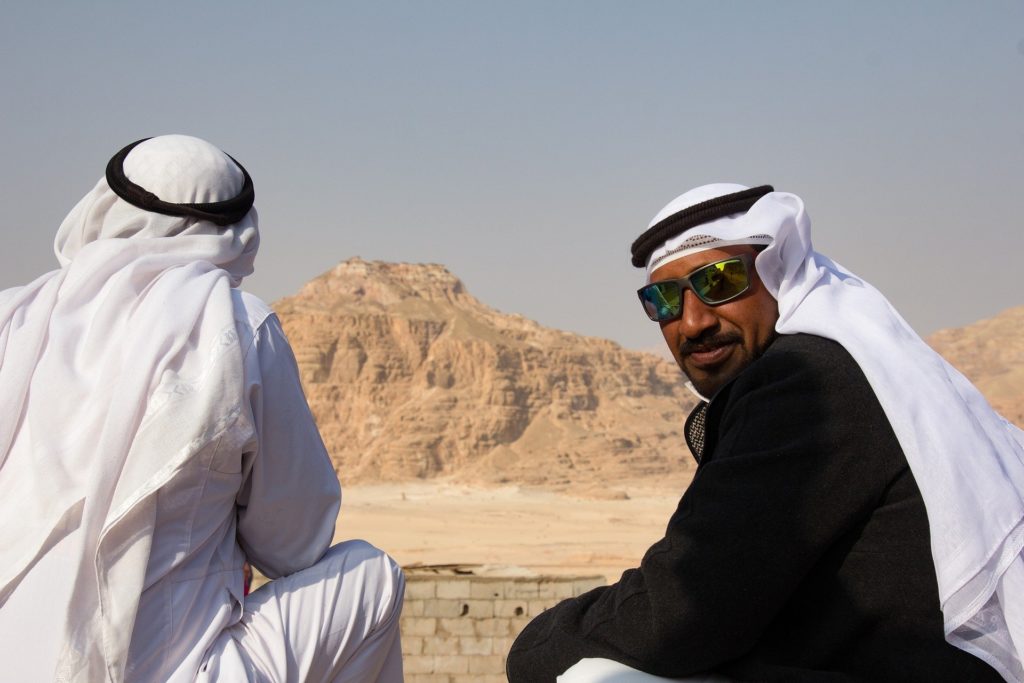 One way to be connected to nature is to learn about the history of the Earth. In the chain Red Sea Mountains in the Eastern Desert in Egypt, there are red granite rocks that are among the oldest on the planet, dating back to 600 million years ago. To hike the Red Sea Mountain Trail, as long as 170 kilometres (105 miles) into the mountains, creatively introduces one to a geological phase in the history of the Earth and that has been home to the Bedouins for hundreds of years. For example, the Khushmuun clan of the Maa’za Bedouins, who manage the trail, came to the Red Sea Mountains 400 years ago from the Hijaz Mountains in Saudi Arabia. Each group of hikers is assigned a Bedouin guide whose role is not limited to offering guidance as they hike the trail. He also tells them about the history of the mountains and as he elaborates on the Bedouins’ way of life, the hikers, who are also listeners, learn about and from the Bedouins’ relationship with the land.

To hike the trail, an advanced level of physical fitness is not a prerequisite. Different itineraries are available to take shorter loops. It is useful to carefully read the FAQ page as well as the entire planning section on the trail’s website. A short film about the trail can be found here.

In school, one usually learns about geology through the formally written, information-loaded textbooks. These books can be very interesting to some. Yet, I confess that nothing I ever learned about the Earth’s geological history from these books stuck in my mind. Connecting learning to an on-site experience helps make sense of information.

Red granite rocks come from the Precambrian era, which is the first, thus, the oldest part in the history of the Earth. This era covers the vast bulk of Earth’s history, ends with the formation of complex multi-celled forms of life. Thus, for most of the time, 4,600 million years ago, life took a very simple form.

After millions of years, the crust of the earth in which these rocks were buried eroded, leaving the rocks exposed on the surface. Erosion occurs through the interaction of sun, air and earth’s minerals.

The rocks are a deep red hue, and they sparkle in the sunlight and moonlight. The gradual erosion throughout millions of years makes rocks magnificent to look at and creates an environment with a particular feel.

Being in the Red Sea mountains, looking at age-old rocks is similar to visiting a geology museum. The panoramic view of the mountain peaks and the wide and empty space in which they are anchored provides a fantastic feel to the experience, an additional dimension that one would not find elsewhere.

The Red Sea Mountains are not a continuous range, but a series of mountain groups, that start at Jebel Ghalib in the north and end at Jebel Elba, approaching Egypt’s southern border with Sudan, running for 800 kilometres or a little under. The Red Sea Mountain Trail is located in Hurghada, which is a resort town on the Red Sea. However, the trail is located far away from the town. The highest peak of the mountains is Jebel Sahyib Al-Banat at 2187 metres, just outside of Hurghada.

Along the trail, learning about the Bedouin way of life gives a meditative sense to the walk. The Bedouins feel an intimacy to the environment. This makes me critical of my aversion to nature in the form of not wanting to get wet in the rain and avoiding touching the ground in a garden at all costs.

The Bedouins, on the other hand, can read the sky’s map and are sensitive to the slightest details in the environment that newcomers would not notice. The Bedouins’ astute observations and knowledge show that not being used to fully appreciating nature can make one miss out on a lot. After being guided to read nature from the Bedouins, one can apply this knowledge to the daily life experience and be attentive to details that we did not know existed before, such as the location of the sun in the sky to tell the time of day.

The Maa’za tribe of Bedouins have adopted this way of life for hundreds of years. They live a life in which cooking takes hours, not out of leisure, but more rightly without the rush for anything. It is a philosophy of life that necessitates patience and calls for enjoyment of its slowness.

There is a theme of patience to the environment in the mountains in general. The camel, which carries food, water and equipment for some sections of the walk, is a patient creature. In addition to being able to carry up to 150 kilometres, it can endure thirst for extraordinarily long periods of time. In the book Bedouin life in the Egyptian Wilderness (1989) by Joseph Hobbs, it is mentioned that one camel is recorded to have endured a lack of water for 128 days. Some plants in the desert such as acacia trees endure drought in an exceptional way, relying on tapping permanent moisture deep underground.

Being in nature requires patience and makes one think of its importance in how nature came to be. The change that took place along millions of years in the morphology and formation of the rocks produced the Earth, beautiful red granite rocks, complex life forms which eventually resulted in humans.

There is a variety in the rocks in the Red Sea Mountains such that most of the Egyptian rocks are represented from youngest to oldest. If it had not been for time, this variety which gives a richness to the mountain landscape, would not have been. One would not be able to enjoy this place the same way.

These rocks have existed for a really long time, teaching us how small we are in the grand scheme of Earth’s history. Seeing these rocks, some of which are of great size, can make one aware of this fact on a deeper level.

It is not really possible to have a sense of understanding of this environment without seeing the way of life of the people who know it best. The Bedouins have lived in and successfully adapted to the wilderness by virtue of this knowledge. The relationship between man and the environment is one of a long history of learning and adaptation. Along the trail, one learns about an episode in the history of the Earth and another one in the history of human life. 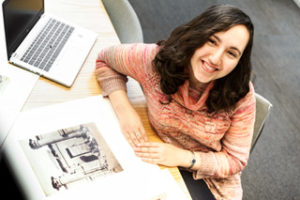 Ghada is a freelance writer from Cairo, Egypt and a recent graduate of Hamilton College. She freelances for the Georgetowner newspaper, based in Washington, D.C.. She has written for Hamilton’s news site, the Wellin Museum and the student newspaper in college. Ghada is interested in writing about art, culture, travel and film. She loves reading literary critique of Jane Austen novels. Kindly find more about her at her website.