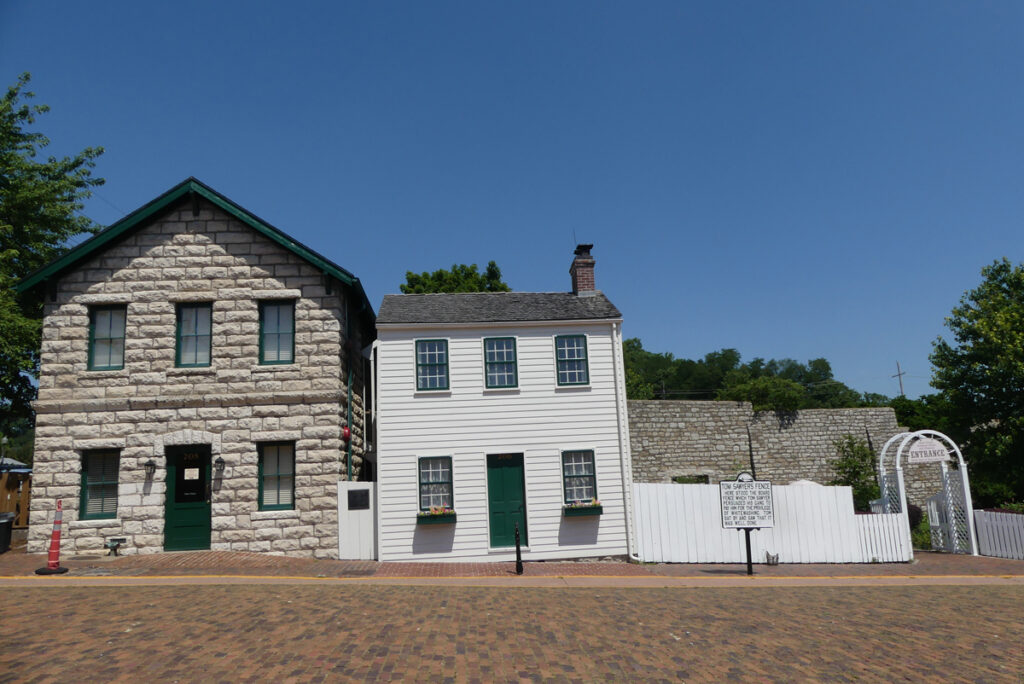 With the arguments in schools about Critical Racial Theory and not teaching many facts about history because they might embarrass some people, some books are being banned. Mark Twain’s books have long been on the firing line for opposite reasons, i.e. his use of prejudicial language. One such book is Adventures of Huckleberry Finn. Because Huck Finn helped a runaway slave, Jim, and had a strong bond of friendship with someone of another race, the book could be re-banned by those supporting Critical Race Theory.

Was Mark Twain a racist or a satirist trying to show the truth about racism, and racial inequity in American, through some hard-reading fiction? On the one side, Twain was the son of slave owning parents and he served in the Confederate army for a short time. He later said he deserted after a few weeks because he grew tired of retreating.

On the other side of the coin, Mark Twain was one of the first writers to portray a character like Jim, Huck Finn’s friend and runaway slave, as a real person living the horrific life of African Americans in the pre-Civil War Missouri. His books used the ugly racial terms common in his time, yet in his private life, Twain provided financial assistance to Warner T. McGuinn, one of Yale University’s first Black law students. Twain also appeared at Carnegie Hall with Booker T. Washington to raise funds to benefit Tuskegee Institute.

To learn more about Mark Twain one must first visit the Mark Twain Boyhood Home and Museum in Hannibal, Missouri. The complex has five historic buildings and two museums. You start in the interpretive center where you learn that young Samuel Clemens (aka Mark Twain) moved to Missouri when he was four. There are many artifacts, including original papers and photos.

The boyhood home has models of adult Twain in various rooms of the house. There are placards and furnishings in each room. The one in the dining area tells that Twain’s father beat his enslaved workers. In those days, the local preacher said slavery was God’s will. At 10, young Sam Clemens witnessed a man kill an enslaved worker with a chunk of iron, but the man was not punished because the law said no crime had been committed.

Sam played with enslaved children in the summers he spent at his uncle’s farm. There he was impressed with the music and storytelling of “Uncle Dan’I,” who inspired Jim in his The Adventures of Huckleberry Finn and some other stories. At the age of 11, when his father died, childhood ended for young Twain and his writing career began to emerge. He went to work as a printer’s apprentice at The Hannibal Courier.

Other museums in the complex are The Becky Thatcher House, where the Hawkins Family lived. Laura Hawkins was the model for Becky Thatcher in Tom Sawyer.

John M. Clemens Justice of the Peace Office where Mark Twain’s father worked until his death.

Grant’s Drug Store where Dr. Orville Grant lived upstairs. You can visit the first floor outfitted as a drug store as it would have been in young Sam Clemens’ time.

The street is lined with shops and building such as Mark Twain Brewing Company, Aunt Polly’s Treasures, and similar shops. There is even a Mark Twain diner. Food is great and represents some of Twain’s favorites such as Fried Chicken.

Head over to the Mark Twain Cave. As a boy, Twain played in the cave, and it is featured in some of his books. You can take an hour-long guided tour and see his signature on the rock wall. He wrote his name there sometime in his youth, but his signature was finally discovered in 2019. The cave walk is easy, and the passages are well lit.

While at the cave, go see The Life and Times of Mark Twain, a one-man presentation by Jim Waddell at the cave theater. His show is filled with stories taken directly from Twain’s speeches and writings.

Mark Twain’s pen name came out of his steamboat captain career. You can enjoy a trip on the Mark Twain Riverboat. There are choices of a one-hour sightseeing cruise or a dinner cruise.

Your discover Mark Twain trip is not complete until you visit Jim’s Journey: The Huck Finn Freedom Center. It’s a small but impressive museum dedicated to the real-life Jim in The Adventures of Huckleberry Finn.

There is a small exhibit about Daniel Quarles (aka Jim) in Twain’s boyhood home. The exhibit offers information about the real person who made such an impression on young Sam Clemens that it carried over to one of his most famous books. Faye Dant, the museum’s founder, has told not only Daniel Quarles story but much about the African American community in Hannibal.

Daniel was born in 1798 into slavery, the property of Amos Quarles in Caroline County, Virginia. John Quarles, Amos’s son, who inherited Daniel, moved the family to Florida, Missouri in 1834 (Florida is currently uninhabited village in Monroe County, Missouri). John Quarles prospered and owed a store, thirty slaves and a 250-acre farm when the Clemens family moved to Hannibal.

Sam Clemens would spend two or three months at his uncle John’s farm every year until he was eleven or twelve years old. He remembered his uncle as a kindly man. Daniel and the other enslaved people may not have thought that as John Quarles worked them from before sunup to after sunset. Daniel was emancipated on November 14, 1855, but continued to work as a field hand on the Quarles’s Farm until after the Emancipation Proclamation. Jim’s Journey traces his family to present day.

When you leave Hannibal, you will have a much more detailed picture of Mark Twain. Of course, there are other things to see and do there including Molly Brown’s home, and the Haunted Hannibal Tour. The Hannibal History Museum had some detailed dioramas telling the Tom Sawyer story as well as Hannibal’s history.

1 thought on “The Two Sides of Mark Twain”