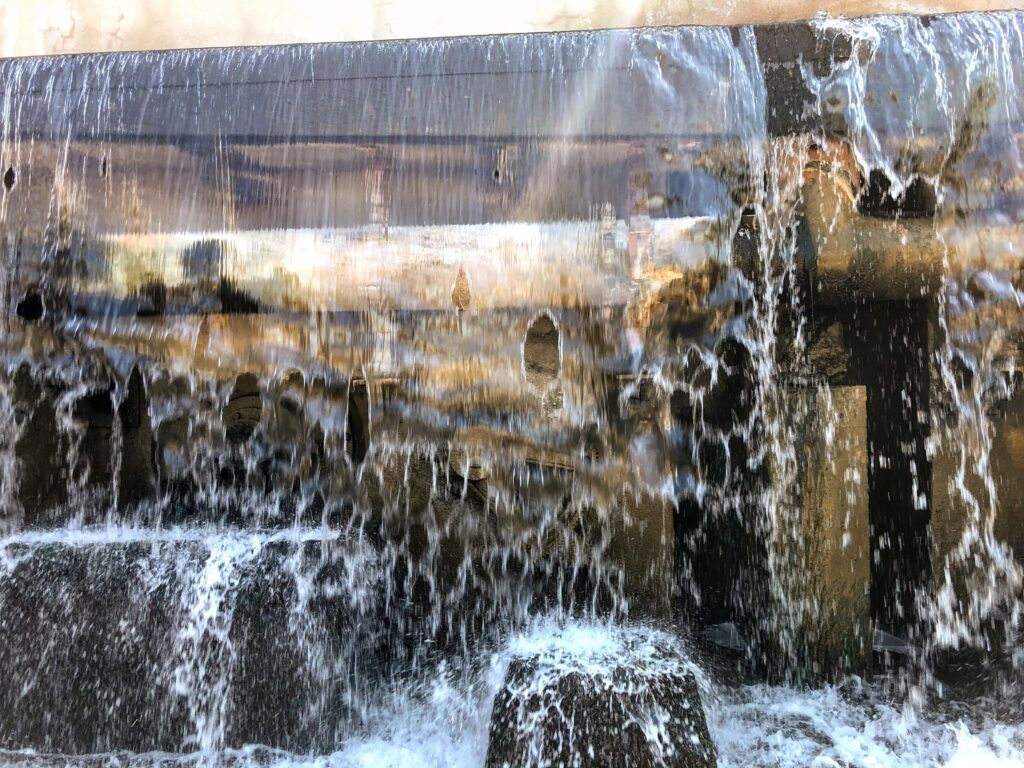 Although I’ve lived in Phoenix, Arizona for twenty years of my life, there are still times I wonder why on earth someone thought it would be a good idea to build a city in the middle of a desert with no water source. Look at any map, and you’ll notice that civilization follows water. But this is not the case for Phoenix!

This city did spring up in the middle of the desert, though, thanks to the canal system—a concept the native Hohokam also put into practice a millennium before the arrival of American settlers. In 1883, hundreds of years after the Hohokam packed up and left, the Arizona Canal was built. This canal is now maintained by the power company Salt River Project.

Chris Franks, the former Salt River Project Field Survey Supervisor, describes the canal as “the backbone of the irrigation system for all of the Valley.” Originally, it was built to enable farming in the new settlement of Phoenix. Today, it is still the heartbeat of Phoenix, bringing water from the Salt River that allows Phoenix to thrive in the midst of the dry heat of the Sonoran Desert, just as the city’s namesake rose from the dry heat of the ashes.

The Arizona Canal is more than just a source of life-giving water. The canal also provides clean hydroelectric energy and outdoor recreation for locals. Drive through Phoenix, and you’ll be sure to see people biking, jogging, and dog-walking on the path along the canal. Phoenix’s highest mountain, Camelback Mountain, rises above the canal, offering stunning views of its red-rock profile. Parks and green spaces dot the canal, providing a place of respite with a view. In the absence of the typical urban river walk, such as you’ll find in Detroit or San Antonio, the canal is a satisfactory substitute!

There are a lot of nice stops along the Arizona Canal, but one hidden gem is particularly enticing. Arizona Falls is a place where history, art, architecture, and clean energy meet to create a relaxing stop for the wearing traveler.

Recently, my husband and I celebrated our seventh anniversary with a staycation on the other side of town. As our anniversary is in June, and it’s about 108 degrees most days in June, we were pretty limited on outdoor activities. To our delight, we discovered Arizona Falls and found that it’s actually a great place to be, no matter the weather!

When we arrived at Arizona Falls, we walked from a small park, down a ramp, and onto the viewing platform. Behind us, water gurgled down the wall, gaps in the sheet of water offering us a peek at the original turn-of-the-century gears that were once part of the hydroelectric plant. In front of us, twin waterfalls spilled from the canal above into the lower portion below, offering the feeling is standing inside the waterfall. The cooling effect was enough to make us linger on the platform, despite the heat.

The History of Arizona Falls

There’s actually a lot more to Arizona Falls than just a nice place to take some photos or rest a while. Arizona Falls has a long, important history to those living in Phoenix. Although it’s unknown (or at least unvisited) by the vast majority of Phoenicians, none of us would be able to survive in our desert metropolis without the role it plays in the Arizona Canal.

Originally, Arizona Falls was simply a waterfall, the natural result of a drop in the canal’s trajectory. This beautiful location was a favorite gathering spot for locals until the turn of the century, when a hydroelectric plant was built. Now, the canal not only delivered water to Phoenix, but also helped to power it. Sadly, from 1950 to 2003, the plant was defunct.

However, Salt River Project rebuilt the hydroelectric plant in 2003, and since then it has been delivering clean energy to help power Phoenix! In addition to its practical purpose, it’s also a place to enjoy sleek architecture, modern art, poetry, and the power of nature.

Arizona Falls is unique place—a waterfall in the metro area? In the desert, no less? Not to be missed! If you’re ever in the Phoenix area, be sure to pay a visit to Arizona Falls. Enjoy the stunning view of Camelback Mountain rising over the Arizona Canal. Stand behind the sheets of water and feel the desert air grow cooler. Learn about the science of hydroelectric energy, and marvel at our ability to harness the strength of nature to water and power one of our nation’s largest cities.