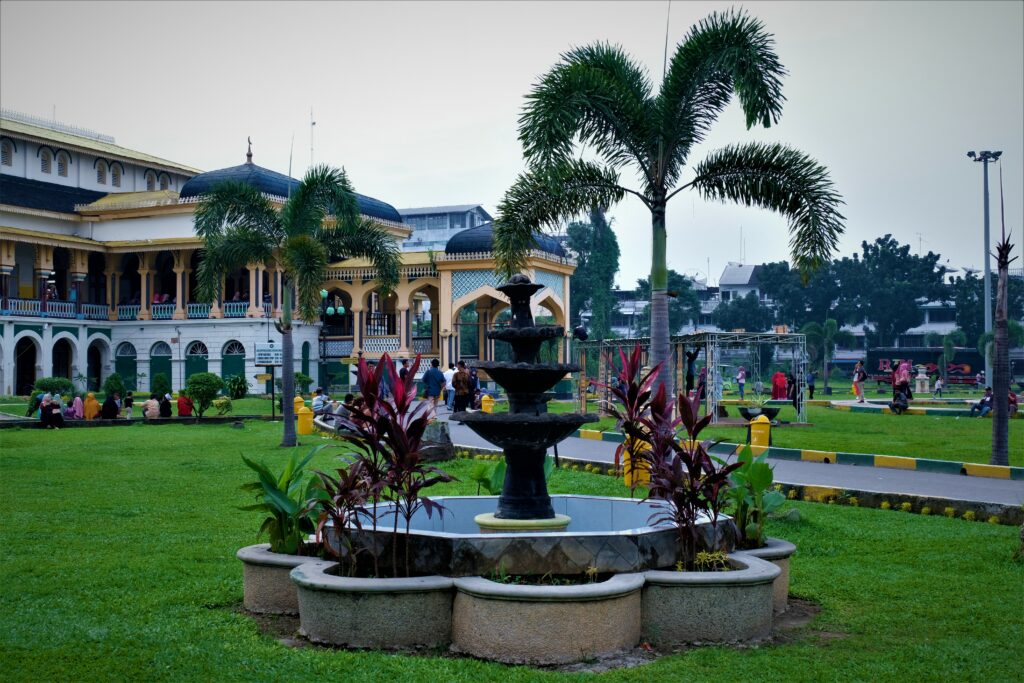 Sumatra is known as one of the only places in the world that you can see the orangutan in the wild. But the island can teach you plenty about conservation, too.

Sumatra’s journey to what it is now has been anything but simple. Deforestation on the island continues to increase each year. Palm oil plantations, logging, and development projects like the major highway and hydro-dam all threaten the survival of the forest. But understanding the history of both legal and illegal palm oil plantations can help us understand the true complexity of forest conservation issues in Sumatra.

Drive through the island of Sumatra and you’ll find yourself surrounded by palm oil plantations. Their history is strongly tied to colonialism as Indigenous communities bear no correlation to them.

In Indonesia, plantations were first established on the island of Java with sugar as the main commodity. But with land availability limited, they expanded to Sumatra in 1863 with tobacco plantations.

By the start of World War II, plantations for tobacco, rubber, palm oil, tea, and coffee totaled about 700,000 hectares. Suffice it to say, Dutch colonialists—in alliance with many other European countries—introduced this industry and brought huge changes to the Indigenous people of Sumatra that persist today.

If you want to learn more about the changes colonialism and plantation development have brought to Sumatra, spend some time seeing and understanding the history of these sites.

Jacobus Nienhuys, the founder of tobacco Deli Company (Deli Maatshchappi), was a dutchman who introduced and successfully established the very first tobacco company in Sumatra in the 19th century. To do so, he worked together with the Sultanate of Deli.

It was done with a system of concession. Sultanate Deli provided land for Nienhuys with no rent for 10 years, and after that would be compensated with f200 per year. The company set up their headquarters in Medan, North Sumatra. Business grew quickly, bringing many changes to the face of Sumatra.

The company developed a railroad, hospital, and more. The Sultan of Deli even moved his residence to Medan, making the city the capital of North Sumatra.

They expanded to other commodities, such as rubber, palm oil, sugar, and coffee. Following in their footsteps, other Europeans came to Sumatra to invest in the plantation sector. Slaves from China, Penang, Malaysia, Java, and India were exploited while company profits soared.

While the commodities have changed over the years (tobacco saw a huge decrease while rubber and palm oil grew exponentially), this system continues today. When Indonesia became independent, the company was nationalized and changed its name to PTPN. The former headquarters is now used as the office for the governor of North Sumatra located in Jalan Pangeran Diponegoro no. 30, Medan – North Sumatra province.

Tjong Afie was a successful businessman born in Guangdong, China in 1860. At just seven years old, he followed in his brother’s footsteps and arrived in Labuan Deli, Sumatra to seek better fortune by establishing a trade business.

The brothers grew successful businesses and found a strong ally in the sultanate of Deli and Dutch colonialists. Together, they recruited a community leader to help turn the economic wheels—a puppet, for all intents and purposes, to persuade the local and Indigenous communities to work together.

It worked, and business grew and expanded to tobacco, sugar, rubber, tea, coconut, palm oil, banking, mining, railroads, and real estate in Sumatra. Tjon Afie received several royal distinctions from the Dutch colonial. With his huge business empire, he initiated developments in Medan that included temples, churches, mosques, and other public facilities. His mansion continues to stand, now recognized for its unique architecture that blends Chinese, Malay, and western styles (unfortunately it doesn’t represent the Batak style as one of Indigenous Sumatra). It is located in Jalan Ahmad Yani no. 105, Medan of North Sumatra province.

A sad legacy that continues

While some thrived doing the Dutch colonial era, Indigenous people endured a lot of suffering. The huge gap between rich and poor was very clear. Many Indigenous Batak and Malay lost their land and were forced to work as slaves. Not to mention, contract slaves taken from other places that also endured such tragic times to bring prosperity only for some.

The system brought huge changes to the Indigenous and local people. After the independence of Indonesia, the western concept of “success” took hold. Encroachment became rampant and the Indigenous value of togetherness was cast aside.

To date, the plantation industry continues, mainly growing palm oil to satisfy the massive global demand. Unfortunately, this results in the sacrifice of what remaining forest Sumatra has.

It’s the perfect time for everyone to challenge this—to shift towards a mindset of decolonization. The colonial way planted the seeds of damage we live in today, and it isn’t sustainable for our planet. If you travel to Sumatra and wish to learn about the conservation with a wider perspective, visit these places to see that the plantation industry that is threatening the Sumatran forest now comes from a long history. It is time for all of us to understand and do whatever we can to improve the situation for the survival of our own species. 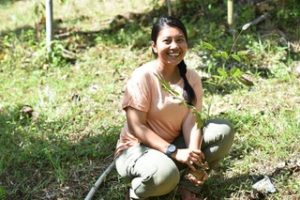