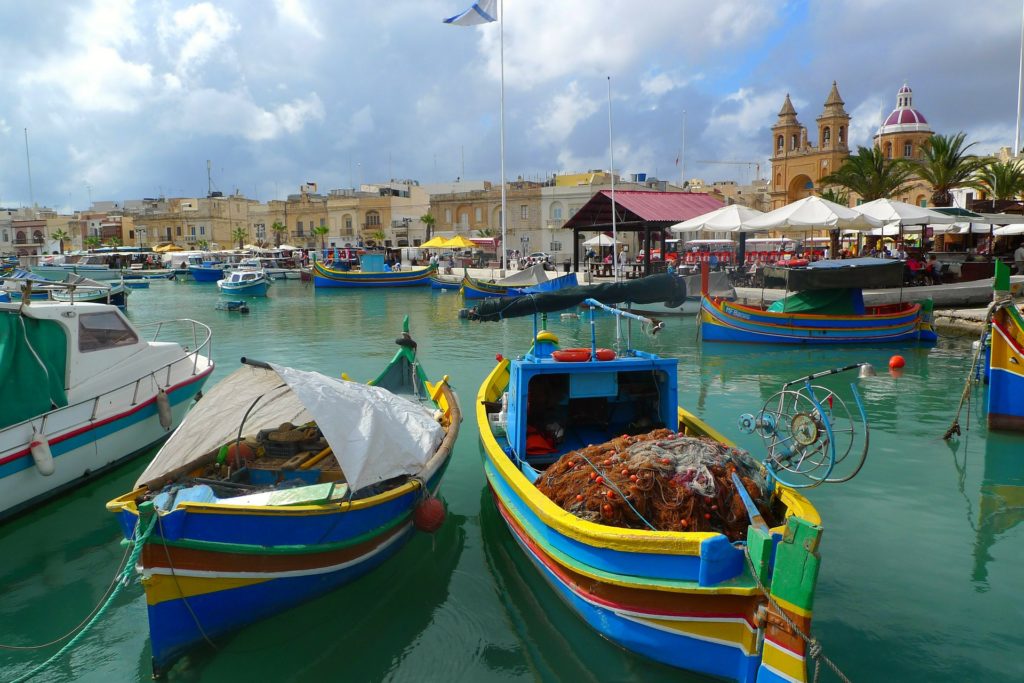 This may seem a little strange but Women’s History Month always has me thinking about travelling to Malta. It is the birthplace of my grandmother; my mother’s mother. Like many women in my family, Malta is small but feisty. And again like my family, it is filled with stories about strong women and great respect. However, when you read the travel guides, much of this history and culture is overlooked. Over many years, while men were given greater freedom to travel, stories of women’s history were pushed to the side and given less attention. Women’s History Month is the time to remove those covers and shine a light on women’s contributions to history and society. Sometimes we need to forget the guide and take a personal look. Sometimes, we need to remember our own women’s history to revisit all women’s history. This is how I discovered my grandmother’s Malta.

General research will tell you of a tiny collection of islands in the Mediterranean Sea, about 80-kilometres south of Italy. Malta is the main island with its smaller sisters, Gozo and Comino. On a clear day, you can see all the way from Malta across to Sicily. It’s close but definitely not Italian. Malta’s biggest claim-to-fame was the integral role it played during World War II — no surprise really, when you learn Malta shares its name with a nymph from Greek Mythology. Melita, meaning ‘refuge in the sea’.

It is also a popular tourist destination, especially for those chasing the Mediterannean sunshine. Malta is a country of beaches, history, and religion. The water is absolutely amazing, sparkling with the most amazing azure blue and almost perfect visibility for wreck diving. The history is equally as colourful, dating past 5000BCE with some of the oldest freestanding megalithic structures in the world. Overtime, Malta has been occupied by pretty much every other civilisation in the area: Phoenicians, Greeks, Romans, Turks. It’s a melting pot of history and culture, right up to St. Paul and the arrival of Catholicism.

As with most destinations, the travel guides tell only half of the story. They are right about the water and they all list the historic sites as ‘must-see’, including many male-centric cathedrals and war museums. However, I expected at least some overlap between the travel guide and my grandmother’s depiction. When I finally visited at the tender age of 30, I felt like I was visiting two different destinations. Don’t get me wrong, it was still fascinating and mesmerizing. However, it was the intangible history of Malta — the cultural stories passed down through generations. While outwardly Malta appears as a patriarchal society with strong influences from the Catholic Church, there is an older matriarchal history that is still strong to this day. Many of the most famous tourist sites in Malta are connected to a woman, although most of the stories have been lost along the way.

Take for example the megalithic structures of Malta. These historic sites have played a significant part in developing Malta’s national identity. They have invigorated a deep passion and interest in Malta’s ancient history, taking their culture beyond the dominant Catholic Church. The discovery of ‘fat lady’ statues became a pivotal point as evidence of a collective history that was not male-centric. Finding these statutes reawakened the familiar stories and small traditions passed from mother to daughter. Although the Fat Lady of Tarxien is considered sexless, many of the oldest families have their own stories of Mother Earth blessing Malta’s shores.

Within my own family, there is a surprising blend of ancient stories with the Catholic belief. For example, in Malta, the highest position of respect is given to the Virgin Mary, mother of Jesus Christ. St. Paul may have brought the Church to Malta, and St. John may have inspired the Order of the Knights, but even Jesus had to give thanks to his mother for bringing him into the world. Almost everywhere you look in Malta, there will be a depiction of the Virgin Mary looking over the people, even on street corners! No one doubts the Maltese love for the Virgin Mary and the Church but it is hard to ignore the shift of devotion over thousands of years from one mother goddess to another significant mother figure. The people of Malta have always held the deepest respect for their mother goddess. It was merely hidden under 3000-years of rock and male-centric history books.

Seeing the plethora of effigies to women did not fit with what I read about Malta in travel guides. It was like learning about the Amazons in Greek Mythology: most of it came from the stories of men like Heracles and Theseus, not the Amazons themselves. When you retell Women’s History through the books of men, you lose the significance of why this history is important. If you travel to a country with only a male-centric travel guide or history book, you will lose that same perspective. It took a fat lady statue and a street-side Virgin Mary painting to show me I was visiting the ‘wrong Malta’. Time to reboot my travel plans.

I started with the small Speranza Chapel and a legend my Nanna had told me as a child: a long long time ago, a young girl was running to escape from invaders. She took refuge in a cave and prayed to Our Lady to save her. A spider quickly weaved its web over the opening of the cave, hiding the girl from the invaders. When the men arrived, they did not look inside the cave as they thought the web was intact and undisturbed. While the legend is associated with Our Lady the Virgin Mary, the traditional elements of weaving and protecting children are also similar to many goddesses in the area.

The cave is now kept as a shrine to the miracle, attached to the small Speranza Chapel and decorated with flowers and offerings to Our Lady. Unlike the larger churches in Malta, the Speranza Chapel is a low-key building with little signage or patronage. In fact, most people wouldn’t even know it was there — except for the stories passed down from grandmother to granddaughter. This was the strongest connection I had with Malta and my grandmother. It was the solid bond between her childhood stories and my childhood dreams, connected by the courage of this brave girl and the feminine power she believed in. This was our Women’s History. I finally found my grandmother’s Malta.

Once I made the connection, my whole view of Malta changed. This is exactly why we have Women’s History: to regain our perspective on culture and heritage in any country. To this day, I remember Malta as a country filled with Women’s History slowly revealing itself to the world. From the women weaving their history into traditional Maltese lace to the multitude of festivals dedicated to the Virgin Mary throughout the summer. Women who fought alongside men in a nation constantly at war against invaders. Women worshipped as the bringers of life and the nourishers. Women who have passed the stories down through the generations, protecting the oldest of histories.

By the way, I now have a daughter of my own. We gave her the middle name Melita. And someday soon, I will take her to Speranza Chapel and tell her all about the women in her history.