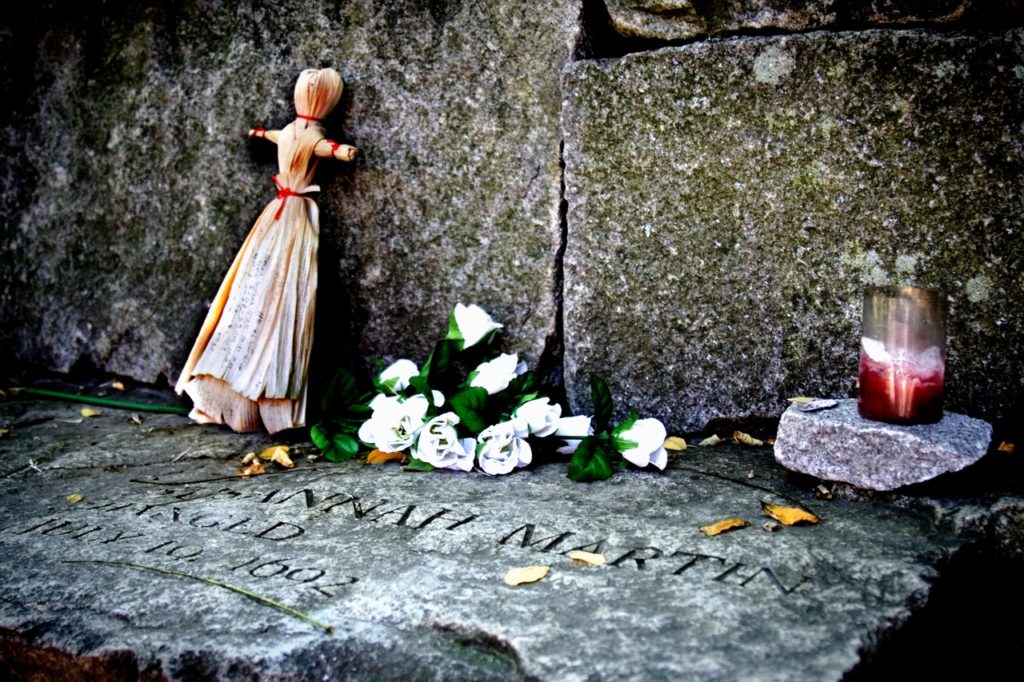 On August 19, 1692, five people were hung in Salem, Massachusetts for the crime of witchcraft. The five, one woman and four men, were Martha Carrier, George Burroughs, John Willard, George Jacobes and John Proctor.  These five were caught up in the hysteria caused an unusual afflication of young women in the town. Susannah Martin, whose grave stone is featured here was hung one month before on July 19th.

Social outcasts, people of African descent, were the first people to be accused and arrested for witchcraft, but a witch-hunt frenzy soon spread across all socio-economic lines.  Upstanding citizens of Salem village, numbering as high as 62 people at one point were arrested and some were tortured into confession. The witchcraft examinations involved accusers and “spectral evidence”. This led to the execution of 19 people before the end of the trials.