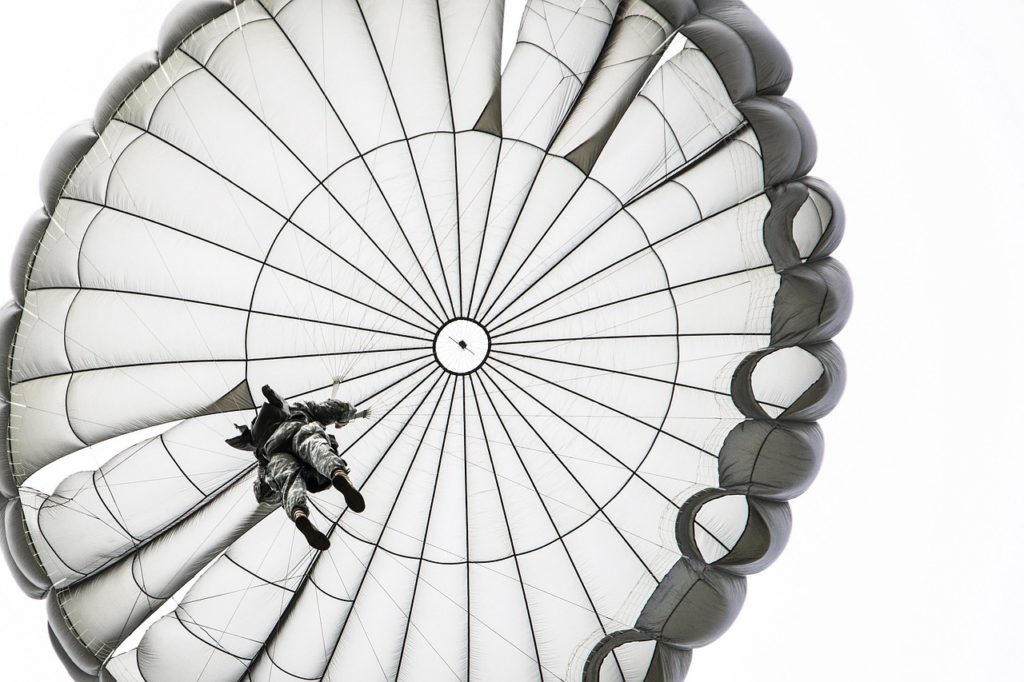 On October 22, 1797, André-Jacques Garnerin, a French innovator, climbed into a hot air balloon and rose 3000 feet over Paris. A crowd gathered to watch. Then, Garnerin climbed over the balloon’s basket and jumped. Behind him a large silken fabric trailed, then opened, filled with a rush of air. He floated to earth safely, the first parachutists. Later, his wife Jeanne-Geneviève would become the first female parachutist.

Garnerin reportedly first came up with the idea of a parachute when he was a prisoner in a Hungarian prison during the French Revolution – he was looking for a means of escape. He never got to try it out in prison, but the idea remained with him. In fact his passion for the air and ballooning only increased his desire to experiment more with hot air and balloons. Pioneering balloonist André-Jacques Garnerin attached a framework of 7m wide umbrella-like parachute to a hydrogen balloon. The structure of the parachute was quite different from the present day make of a parachute. Attaching the parachute to a hydrogen balloon, he reached a height of 3,200 feet or 1,000 m. He then jumped onto the basket of his parachute and severed it from the balloon. As Garnerin had not included an air vent at the top of his parachute, his parachute oscillated wildly during the descent, bumped a little and scraped while landing, but Garnerin emerged unharmed. The First Parachute Jump was a successful project.