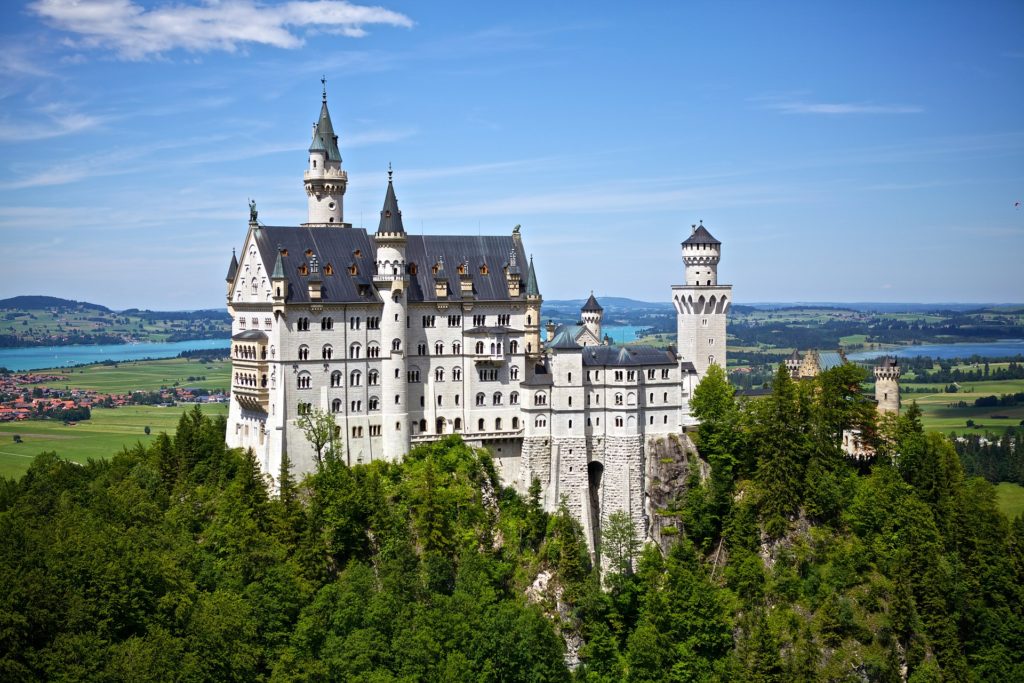 When the reclusive Ludwig II of Bavaria built Neuschwanstein Castle, one has to wonder if it was for him, a place of fairytales.   Perhaps for the King who was often referred to as the Swan King’ or the ‘Fairy Tale King’, a fairy tale castle would be an appropriate abode.

For many who have visited the Bavarian castle, it is just that—an exquisite structure built in romanticism style.

Ludwig II was a great fan of German composer Richard Wagner, and had the castle constructed on the site of an older castle, as both an ode to the musical stalwart, and a holiday retreat. The Renaissance king borrowed and turned to his coffers to see the castle built and was rewarded with a masterpiece of a building when it was completed in 1882.

After the king’s death in 1886 the castle was opened to the public, and nowadays the poetic and romantic elements of the structure have far from faded. Visitors are swept away by impressive architecture, and interior design that breathes life into lovers and romance buffs. With its wide array of medieval legends from Wagner’s compositions portrayed in remarkable art, just taking it all in is to be transported to another, more dream-like world.

The views from the castle are breathtaking as it sits high above Hohenschwangau, a village close to the town of Fussen, home to the Fussen Heritage Museum located in the Gothic castle Hohes Schloss.

The medieval style of Neuschwanstein gives way to technological advancements that were the latest of the time, and 19th century relics take visitors back to the Renaissance Revival.

A guided tour of the castle lasts around thirty minutes, and while there you must absorb the wonder of places such as the Palas, the Towers, Knight’s House, the Gateway, and the Courtyards.

This capsule to another time has inspired famous fairytales like Sleeping Beauty, and the regal structure has appeared in films like Chitty Chitty Bang Bang and the Great Escape. It is no surprise that excited travelers strive to make their way to the southern Germany destination for a little piece of the “magic” it brings.

Don’t wait for someone else to tell you their story, join the over one million visitors that make their fairytale fantasies come alive each year at Neuschwanstein Castle.