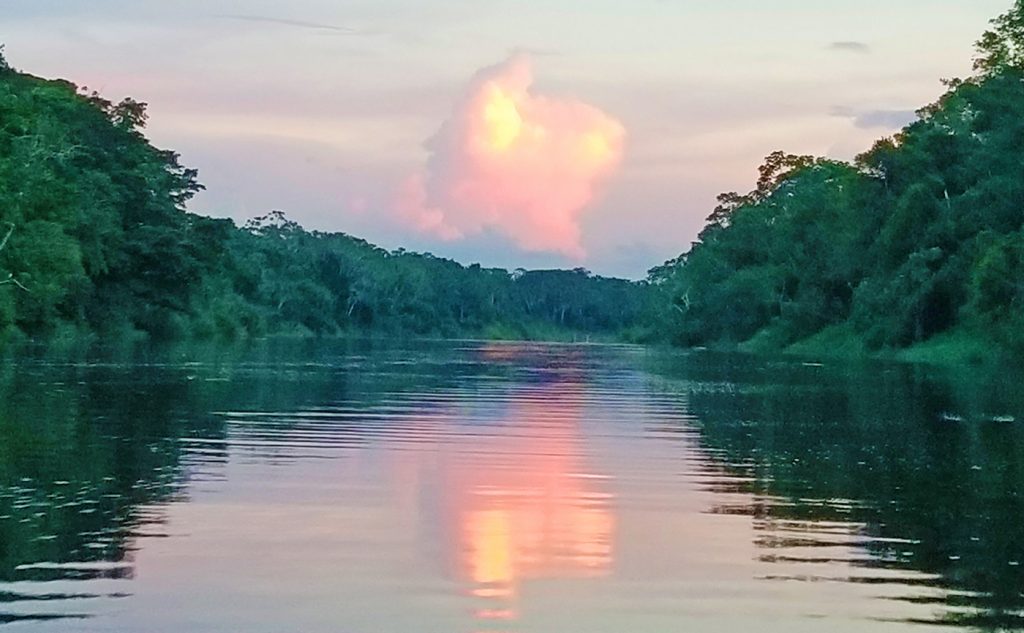 I stepped back into the dark brown muck and leaned on the tree behind me to get a better photo of the anaconda slithering in my direction. I was motionless for a mere two seconds when Ericson Pinedo, our local naturalist, jerked me back by my arm and quickly snatched the hat from my head. It was covered with tiny deadly black ants.

Since pre-Colombian times, the Amazon has been the source of intrigue for outsiders, from daydreams of riverboat adventures to nightmares of shrunken heads. The largest river by volume, the Amazon is often considered the most dangerous river in the world. My small eco-friendly cruise ship meandered the waterway during the rainy season, quietly gliding through the tributaries and rainforests that are home to an incredible collection of flora, fauna…and unexpected adventure.

Luxury on the Amazon

After a raucous welcome by village children and a tropical drink, we embarked on our four-day adventure in Nauta, Peru. Refurbished in 2017, the Delfin III is a three-story ship that carries up to 43 passengers.

My air-conditioned cabin had an expansive and modern living area and an unusually spacious bathroom. But my favorite feature was the floor-to-ceiling windows which treated me every morning to a different jungle view, literally a few feet from….my feet. A mug of steaming coffee in hand, lounging in a luxurious bed and watching the sun filter through the lush green leaves was the perfect way to start each day.

The ship also had a large dining room enclosed in glass windows delivering panoramic views of the Amazon and a cozy lounge filled with overstuffed sofas and chair, where we gathered to consume pisco sours – Peru’s national drink.

A Jaunt in the Jungle

The Amazon is home to more species of animals and plants than any other ecosystem on earth. The river is over 4,000 miles long, has more than 1,100 tributaries, and carries more volume of water than the top ten largest rivers flowing into the Atlantic Ocean combined.

Our skiff, holding about a dozen people, set off to explore the tributaries, creeks, and lagoons of the Samiria, Yanayacu and Pucate Rivers. Along the way, our guide Ericson pointed out wildlife such as macaws, hawks, sloths, and howler monkeys in the jungle canopy.

Arriving at the shore, we were greeted by a local teenage boy. “We are using young indigenous people to take us into the jungle and find animals for us,” said Ericson. “This way, they can make money and learn that you do not have to poach the animals to earn a living.”

As we began our trek into the thick rainforest, our young guide bolted ahead of us. He appeared a few minutes later and led us into an area near a tiny trickling creek, and a baby anaconda. I backed up to take a photo, and that’s when I had my “ant encounter.”

Our young guide was astute at discovering the Amazon’s diverse creatures, which to the untrained eye would remain well-hidden by their natural camouflage. From big, hairy tarantulas hiding in trees or lounging on giant leaves to miniscule poison dart frogs – he found everything.

Ericson directed our skiff to stop at a small clearing on the Samira tributary. Carole, the resident shaman, greeted us under a thatch-roofed gazebo. We made a semi-circle around her as she began to tell us her story.

It took Carole eight years of training under her grandfather before she was initiated as a shaman. “My grandfather taught me which plants, flowers, roots, and bark to use for cures,” she said.

To detect rare or fatal diseases, Carole uses ayahuasca, a hallucinogenic beverage that has special meaning to the Amazon culture. Aya means soul or spirit and huasca means vine. She creates her ayahuasca with the psychoactive vine Banisteriopsis caapi and with the leaves of the shrub Psychotria Viridis. She also adds chacruna leaves, angel trumpet, and tobacco to the brown liquid, producing a pungent and bitter taste.

“Thirty minutes after I drink it, I hallucinate for several hours; I have the ability to speak to the plants, forest and animals to get knowledge from them,” said Carole.

One afternoon, we set out on our skiff for a night safari. We cruised past lush jungle canopy and remote fishing villages until Ericson abruptly stopped the skiff. “Here’s your opportunity to swim in the Amazon,” he said.

The water was dark and the bottom wasn’t visible because of the tannic acid in the water, from decomposing tree trees leaves.

But I wasn’t missing my one and only chance to swim in THE Amazon! I disrobed down to my swimsuit, donned a pair of goggles, and leaped into the coffee-colored river. As a great swath of water rushed up my nose, I realized I’d forgotten to hold it. I was immediately fearful that I’d get sick, but the PH is high enough and nutrients low enough in the water that parasites cannot survive.

After swimming, we witnessed one of the Amazon’s legendary kaleidoscope sunsets, a dazzling multi-colored sky, while we searched for the famous pink-nosed dolphins.

It began to rain, but our night safari continued. Ericson tried, unsuccessfully, to catch a tiny caiman alligator with his bare hands and we fished for piranha with a stick and a bit of raw meat. But it was pouring rain in the pitch-black night, and the only thing biting were the mosquitos, so we called it a day and returned to the ship.

“I have a surprise,” Ericson told us one day. “We’re going to help save baby turtles.”

In the Amazon, the yellow-spotted river turtles are now endangered. The Peruvian government is taking steps to protect the eggs from their natural predators – vultures, iguana, lizards, and fish.

“Every summer, the turtles come up onto the riverbank in the Pacaya Samiria National Reserve, dig out the mud, and each one lays 40 to 50 eggs,” said Ericson. “The rangers collect as many as 10,000 eggs and place them in a sunny incubator.”

At around 60 days, the rangers check to see if any of the babies have hatched and then keep them for two more months so they are better protected from predators.

Rangers brought over woven baskets filled with the tiny turtles. I scooped up a couple, the tiny feet tickling my palms, and gently set them down at the water’s edge. They scurried into the murky water.

Seventy percent of the saved turtles are released back into the river. The remaining 30% are sold to aquariums to provide funding to continue the program.

“Only 5 to 10% of the released turtles actually survive,” said Ericson. “It’s part of the circle of life.

Disclosure: The author was honored to be the guest of AdventureSmith Explorations during her stay in Peru, but as always, the opinions, reviews, and experiences are her own. 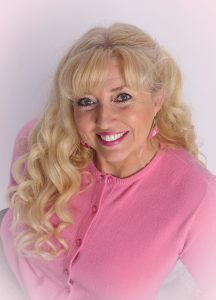 Patti Morrow is a freelance travel writer and founder of the award-winning blog Luggage and Lipstick. She’s the author of the book “Girls Go Solo: Tips for Women Traveling Alone,” and has over 150 bylines in 40 publications, including The Huffington Post, The Washington Post, International Living Magazine, Travel Girl, Epicure & Culture, and Ladies Home Journal.

1 thought on “Adventures on the Amazon”