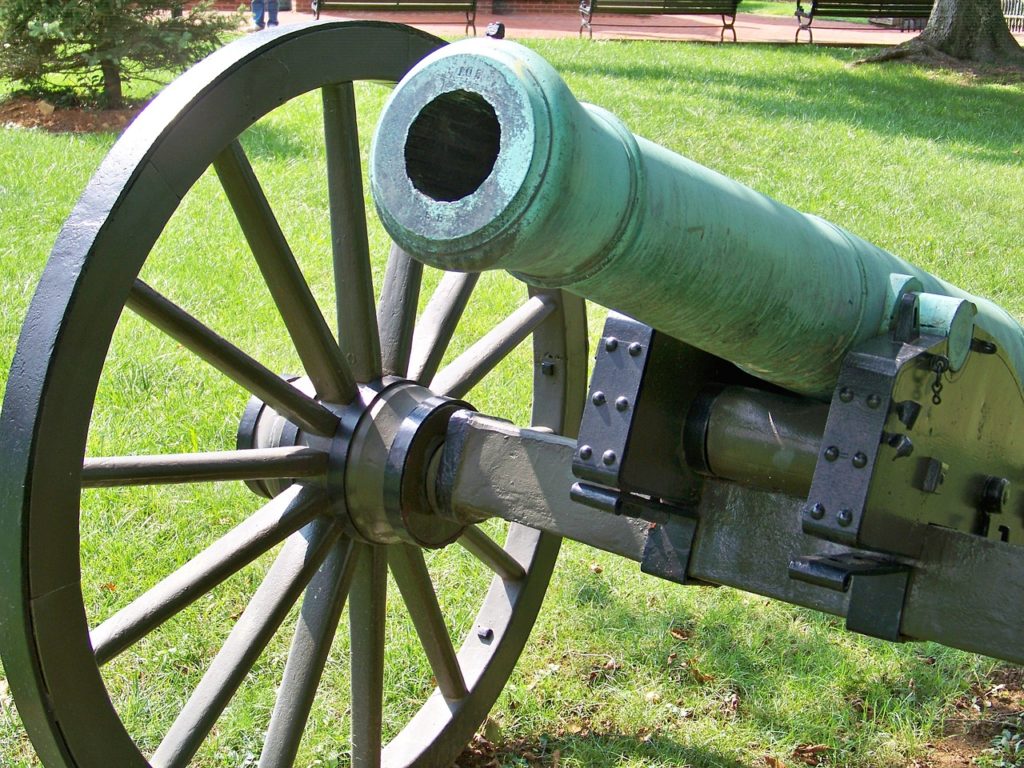 The Fredericksburg region in Virginia is part of Spotsylvania County and not only was it a prominent destination during the colonial times, it played a huge role during the Civil War.  Back in the 1700s, as interest in the new frontier grew, Fredericksburg was established as a port for the county before being incorporated as a town in 1781.

During this time, George Washington and his family moved to Ferry Farm, which still stands alongside the Rappahannock River today.  George Washington was only six years old when he moved to this farm and he was eleven when his father died and left the farm for him to inherit when he turned twenty-one.

People who stop by the farm today are greeted at the visitor center and this is where they will see numerous displays of both colonial era and Civil War artifacts that have been found on the property over the years.  After that, everyone is welcome to explore the grounds which includes the site where the Washington’s house stood, the gardens, and multiple hiking trails.

As popular as Fredericksburg was during colonial times, nothing could prepare the town for the devastation that was caused during the Civil War.  Since this area was almost in the middle of both the Union and Confederate capitals, there were four different battles fought there.

The two battles of Fredericksburg were the first battles that were fought and the town was significantly damaged during both of them.  The last two, the battles of the Wilderness and Spotsylvania Court House, were fought nearly a year later, and it took years for the town to recover from all of them.

All the battlefields have been preserved as the Fredericksburg and Spotsylvania National Military Park, so that people can learn more about the events that took place during those dismal days of the war.

Everyone should begin their journey of these sites at the Fredericksburg Battlefield Visitor Center, where they will be able to watch a short film and look at numerous exhibits before heading out for a short walking tour.  The Sunken Road walking tour can be done alone or with a guide and people will see the site of some homes that were caught in the crossfires of the war.  There is one house that is still standing and the bullet holes are noticeable, both on the outside and the inside.  At the end of this walking tour, people will be able to walk through the large cemetery where thousands of soldiers were buried after succumbing to their injuries.

After leaving this visitor center, people should head over to Chatham Manor.  This manor was a thriving plantation before it was taken over by Union soldiers and used as their headquarters, and eventually a makeshift hospital.  While walking through the manor today, visitors will see original furnishings and listen to the story of how the front of the home is now the back.  The front and the back were switched, because no one wanted to walk through the fields where the injured once lay, as they entered the manor.

The Spotsylvania Court House Battlefield is not too far away from Chatham Manor, and while there is no official visitor center, there is an exhibit shelter that provides important information.  The Bloody Angle walking tour covers the grounds where intense battles were fought for more than twenty-two hours.  While this tour can be done alone, it is recommended that everyone takes part in a guided one, simply because there is a wealth of info provided.

The Chancellorsville Battlefield offers a walking tour to where friendly fire wounded General Stonewall Jackson as well as numerous exhibits inside the visitor center.  The Wilderness Battlefield contains only an exhibit shelter, but this is where Saunders Field, the first location where Robert E. Lee and Ulysses S. Grant fought, can be found.

While there are walking tours at all these battlefields, visitors can also see many of the sights when they take the clearly marked driving tours.  People can rent or purchase an audio guide at any of the visitor centers, so that they can listen to the details of each individual stop.

There is an abundance of things to see and explore in this region, and people will find themselves caught up in the past as they wander from one destination to another.  Of course, there is much more than history in this beautiful countryside destination.  Visitors can walk through the woods in Lake Anna State Park, stop for a drink at the Lake Anna Winery, or travel to the nearby cities of Richmond or Washington D.C.

Once a person has seen this magnificent area of Virginia, they will want to stay there for longer than planned and may even decide that a return trip is necessary to explore even more in the future.