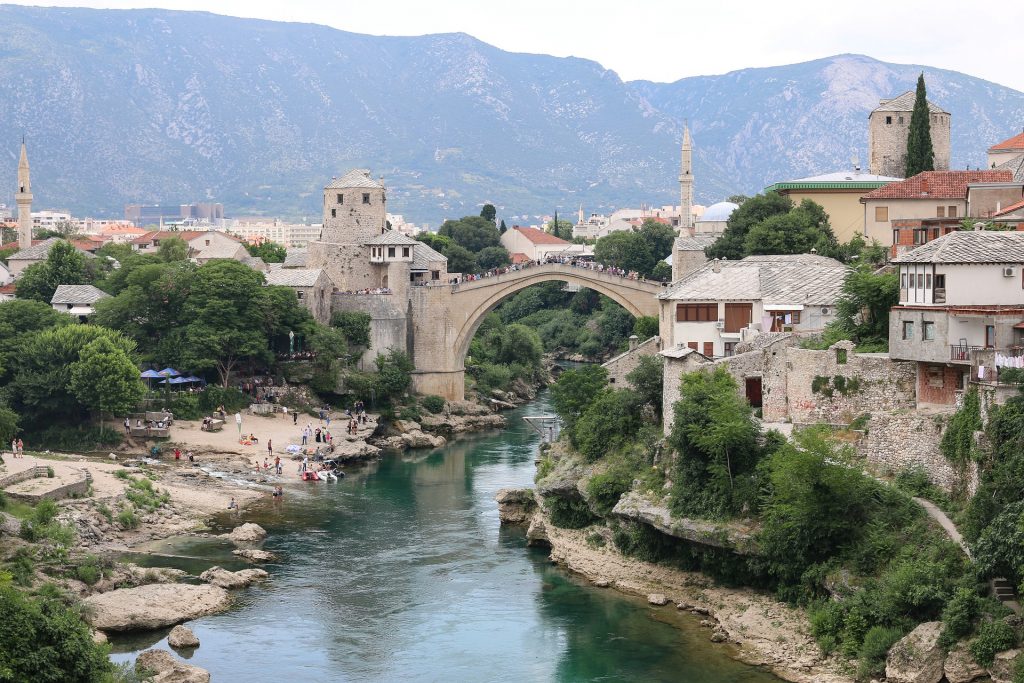 Twenty-seven years ago, Bosnia and Herzegovina was considered one of the most dangerous places in the world. The capital city, Sarajevo, was under constant siege by sniper fire and mortar shells. Today, however, Bosnia looks very different. Though still scarred by the remnants of war, the country has seemingly found a way to come through a very dark tunnel.

In recent years, the country has seen an influx of tourists who are eager to get a peek behind the Iron Curtain that once divided Europe. The media coverage of the 6-year Siege of Sarajevo lacked one thing most conflict journalism does — the perspective of locals who were there, living it.

A history of violence

The Bosnian War is riddled with complexities, but to appreciate the peace in Bosnia that exists currently, one must first understand the horrifying violence that wrecked the country less than thirty years ago.

Before the war, six present-day countries (Serbia, Croatia, Slovenia, Montenegro, Macedonia, Bosnia and Herzegovina) existed as one nation known as Yugoslavia. Under the leadership of Josep Tito, the many ethnic minorities that existed within the mega country lived in relative peace. Tensions lived below the surface and any minor uprisings were stomped out by Tito’s regime. Once Tito died, territories within Yugoslavia began to split. While some countries, like Slovenia, sought their independence with relatively little bloodshed, others were worse off.

When Bosnia decided it too wanted its independence, the government of the former Yugoslavia was not willing to let it go as easily. Bosnia’s central geographic location and land area made it highly valuable to the Communist party in Belgrade, Serbia, which felt like it was already beginning to lose too much ground.

On April 5, 1992, Bosnians experienced the start of what would become a 1,425-day siege on their capital city, Sarajevo. The Siege of Sarajevo, as it became known, remains the longest siege of any capital city in the history of modern warfare. More than 10,000 residents of Sarajevo died during the continual attacks, which were strategic in targeting hospitals, medical centers, and cultural landmarks.

No area was more deadly than “Sniper Alley”, a strip of town between Zmaja od Bosne Street and Meša Selimović Boulevard that was lined with sniper posts. It is estimated that nearly 1,000 people were killed along these streets every year during the siege. Nearly a quarter of them were children. Sniper Alley became so infamous as a high-fatality zone that it has been continually featured in films about Sarajevo, including The Land of Blood and Honey notably directed by Angelina Jolie.

The war ended officially in 1995 when NATO led an airstrike on Serbian troops. Serbia surrendered and Bosnia, Serbia, and Croatia’s leaders at the time were flown to Dayton, Ohio. There, a peace treaty of sorts, known as the Dayton Accords, was signed and an agreement was met. Many locals who lived during the war do not feel like the Accords are strong enough and some believe that war reparations are still owed.

Turning a corner with tourism

Bosnia and Herzegovina’s capital Sarajevo has not swept the past under the rug but, rather, has utilized forms of tourism to educate its visitors about the realities of war and facilitate important conversations. Instead of turning into a hub for dark tourism, the city has turned into a place that wears its heart and history on its sleeve.

Sarajevo’s War Childhood Museum, located near the heart of old town, aims to depict the realities of being a child amid war. The museum rests on three pillars — research, education, and exhibition — and has become a place for Bosnian people to work through traumas at the individual and community levels. It exists entirely thanks to crowd-sourcing. Those who were children during the Bosnian War have sent in mementos to be exhibited at the museum. Tokens such as video testimonies, war-time toys, and chocolate wrappers are all on display alongside written anecdotes from those children who lived through the Bosnian War. As a way to continue their work, the War Childhood Museum has begun sharing the museum space with child survivors from Syria and Lebanon, where war and violence have been ongoing. To do this, the staff at the War Childhood Museum have cleared sections for the exhibition of pieces and stories from children in these countries.

Sarajevo has also begun to take advantage of the uprise of free walking tours across cities in Europe. There are general city tours to give visitors an introduction to the capital, but the most popular tour in Sarajevo is the War Scars and New Times Tour. This tour, which is funded entirely by guest tips, is led by locals who were young at the time of Sarajevo’s siege. Throughout the two-hour walk around the capital, these guides share historical facts and personal experience, putting to rest misrepresentations of what happened between 1992 to 1996. For instance, many people know an infamously dilapidated area of the city as the “bullet hole houses,” but the damage on the exterior of the buildings isn’t from bullet holes at all. In actuality, the deteriorating housing complexes are the result of mortar shells.

What can be learned from Bosnia

In a time when the media seems to focus on hate and fear-mongering, the people of Sarajevo have seemingly found a way to live in peace and tolerance with one another despite the multiple ethnic groups sharing present-day Bosnia. The resilience of the Bosnian people is something to be admired. What Bosnia has done within the travel industry is an example of how educational and informative tourism can lead to greater understanding.

Perhaps one of the strongest takeaways from a visit to Bosnia is that healing is a slow, multi-faceted process. While many of the scars of war are still largely visible, any remaining tensions below the surface will continue to exist until conversations surrounding the war, particularly the agreements reached at its end, are had. Museums, walking tours, and exhibitions seem like a starting point for the facilitation of these important talks.