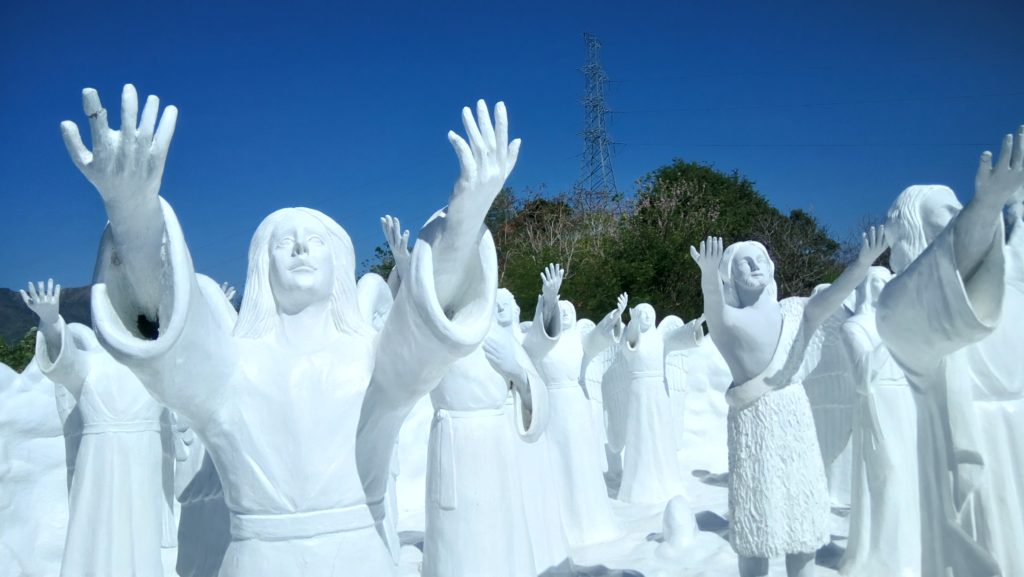 Growing up in the Philippines, an intensely Catholic country, I have seen the extremes that people sometimes go to in the name of religion. Some walk on their knees from the church door to the altar. Others join thousands of devotees in a procession, climbing on each other to touch or to kiss a statue. A few even have their hands and feet nailed to a cross. Part of me wishes I could see things the way they do, so I could understand why they think a silent prayer is sometimes not enough.

The closest I have gotten to a religious ceremony that requires more than just praying, is a tourist destination: a new pilgrimage site in Iloilo, the Philippines that offers people a chance to skip the usual experiences and go straight to the question: “Are you ready to face God?”

“Stairway to Heaven” is the latest attraction at Garin Farm, a 14-hectare resort in San Joaquin, Iloilo, Philippines. Garin Farm combines nature and leisure activities for tourists including horseback riding, zip-lining, and boating, as well as pilgrimage opportunities. But chief among its religious attractions is “Stairway to Heaven,” a giant, outdoor stairway leading to a breathtaking replica of heaven, or how heaven looks according to traditional beliefs.

Getting there is not easy. Along the way, visitors see literal allusions to the Bible but also are required to consider the metaphorical nuances of spirituality.

One Step at a Time

A plaque at the arch at the stairway’s base tells the visitor what the climb is about: “A journey from creation to ascension. You are entering a spiritual area. Humility is the key to eternity.” After passing through it, I saw life-sized statues depicting scenes from Genesis, particularly those about Adam and Eve and Noah’s ark.

From there, I could see the stairway with its 480 steps, stretching up ahead of me endlessly. It looked like a gray xylophone when I saw it from a distance. Standing before it, it seemed like a giant waterfall hemmed in by trees. I realized it wouldn’t be easy when I saw some tourists coming down backward, their hands holding on to the rails.

I visited in the summer, when the heat was so strong, I felt it pricking me as if there were needles on my skin. It was noon, and most other tourists were at lunch. My climb was largely in silence, except for my own gasps for air. Thankfully, there were resting points along the staircase, where statues were displayed portraying Biblical characters and scenes. Occasionally I heard the voices of other tourists, their fading footsteps, the rustling of leaves or chirping birds.

When I reached the top, I found an entrance to a tunnel. After I took a few steps into it, I hesitated because I was alone and it was dark. However, if I backed out, everything I’d suffered— the sweat around my neck and the pain in my legs would be for nothing.

At the Gate of Heaven

I continued in the dark. It was as black as a starless sky. Blacker than a room without a window. Blacker than the screen of a dead phone. The only thing I could see was the tiny blue dots on the floor that outlined the path. I wished I could run so it would be over, but of course, it was too dark to run safely. So one step at a time, the black eventually faded as I approached what looked like a prayer room. A stained glass window featuring Jesus Christ came into view. There were wooden chairs, casually arranged. The walls were unpainted. Soft, airy orchestral music was playing that I found calming. On the far side was another archway with another tunnel. This one was shorter but still windowless.

At the end of this tunnel, I stepped through an archway, that gave me a view of the much-anticipated installation. It appeared to be a massive white landscape, as if the clouds melted or turned into milk, and coated an open garden. Behind it were the soft blue sky and the dome-tops of trees. Everything else– the entire floor, the walls, the carvings– was reminiscent of Antarctica, minus the stones and mountains peeking through the blanket of ice. Instead of fear of cold and drowning, the sun illuminated its whiteness giving it a feeling of familiar warmth.

I walked down a path in the middle, which had statues of angels with harps on both sides. At the end of the path was a short flight of stairs. The entrance to the elevated space was a gate with a statue of Saint Peter nearby. The main area, still as white as snow, was for the Holy Trinity. It was facing the gate and was aloft, held up by carvings of clouds that looked like a white cake melting. The Holy Trinity was surrounded by more statues of angels which seemed to be paying respect to it. Standing before the sculptures, I was uncertain about how I felt, but there was comfort in that uncertainty. I wanted both to stay longer and leave because I wasn’t ready to fully imagine that I was in the last phase of my life.

“Stairway to Heaven” is a religious place in Philippines though it does not require you to do or recite anything religious. But it inspires religious feelings, that of something bigger than yourself. It gave me a glimpse of how devotees feel when they have extremely religious feelings and pray for hours, join a parade, or celebrate the election of a pope. None the less, when I made my descent, I was glad to see the dazzling green covering the mountains in the distance as well as all the colors of the rainbow waiting for me on the ground. 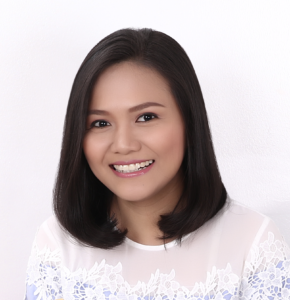 Len Cristobal is a freelance writer from the Philippines.

7 thoughts on “Climbing A Stairway to Heaven in The Philippines”