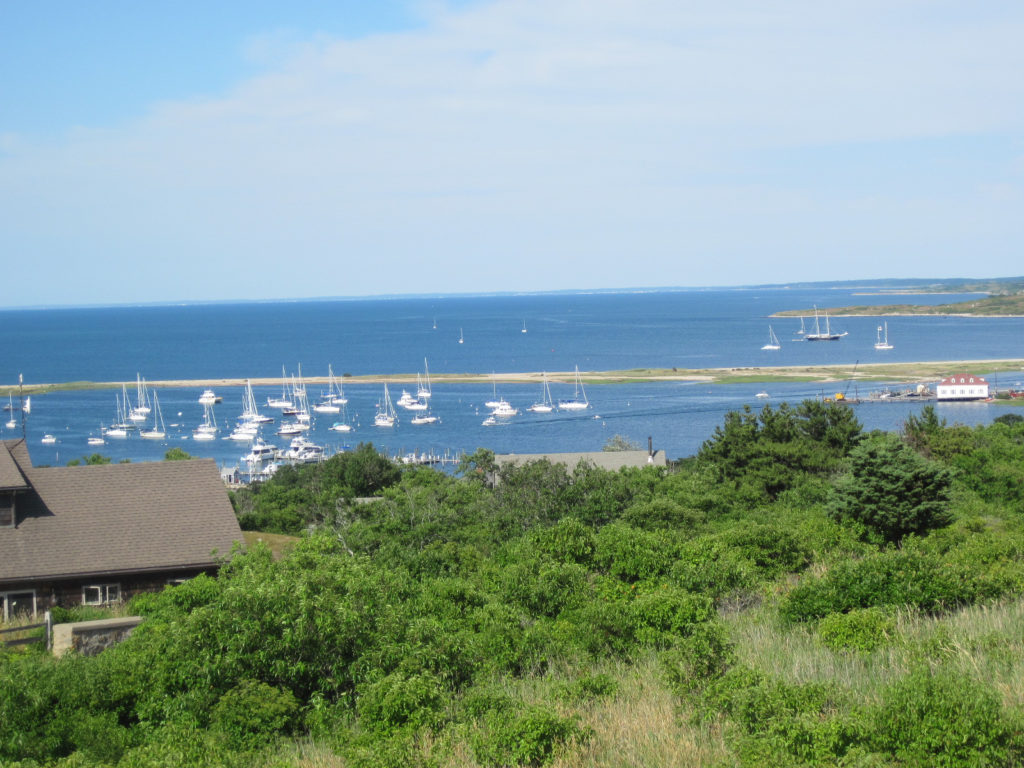 For a great summer vacation in a relaxed, peaceful atmosphere, look no further than Cuttyhunk.

A mere two hours from Boston, Cuttyhunk island is one of Cape Cod’s Elizabeth Islands, and the one out of the sixteen that is not owned by the Forbes family.

Just off the coast of Massachusetts, visitors flock to the Cape yearly and remote locations like Cuttyhunk are perfect for the traveler that wants to get away from it all. Getting there isn’t a hassle either, as all that’s required is a $25 USD ferry ride to the Elizabeth Islands, and you can opt for a water taxi for around the same price to get to Cuttyhunk.

While on Cuttyhunk, a Yankee version of Mayberry comes to mind. There are approximately 52 full-time residents in the area and 130 houses in town, municipal buildings including a historical society and museum, a one-room schoolhouse, Union Methodist Church, library, and town hall. Playing up on this aesthetic is the fact that gardens seem straight out of a storybook, as pink and cornflower blue hydrangeas abound.

The explorer in you will love the island’s historic side as there are abandoned bunkers from the Second World War, where military denizens searched for Nazi submarines off the coast.

You might be saying, that’s all well and good, a lovely small town setting right on the banks of the Atlantic, “but where will I stay?” That’s as easy as getting a reasonably priced fresh lobster meal on the island.

The Fishing Club has eight guest rooms with white clapboard exterior and weather-beaten shutters that add to the overall authentic feel of the place, and an Avalon mansion in town has rooms for rent as well. With limited lodging available, many of the 300 to 500 visitors to the island in summer alone, stay in their boats when it’s time to rest. If you choose club for lodging, you’ll be pleased to meet innkeeper Bonnie, who’s as handy as she is friendly. On the walls is an ode to the presidents like William Howard Taft, Grover Cleveland, and Teddy Roosevelt, as well as tycoons like JD Gould, who financed the original Cuttyhunk lodge.

Enjoy your travels to Cuttyhunk, wake up to fresh sea air, sit down to a hearty breakfast at the club, take in the island’s rustic seaside charm, and catch a lobster or two for dinner. Whatever you choose, this is a laidback kind of vacation that you won’t soon forget.