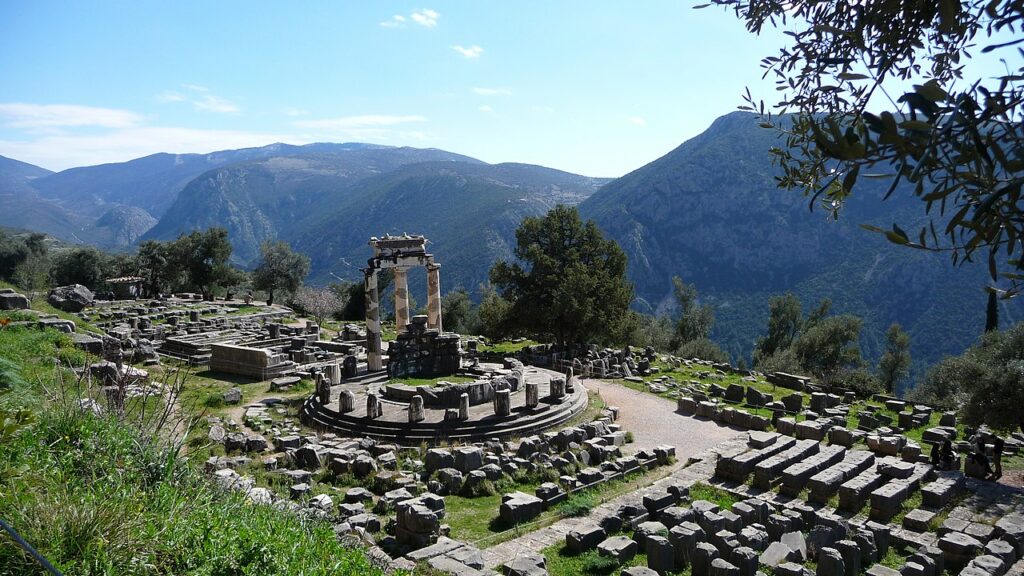 Delphi, Greece is well-known for one thing in particular: it is the location of the famous Delphic Oracle. This oracle had a great deal of notoriety in ancient Greece due to the fact that travelers from all over the Mediterranean would make their way there to listen to the utterances of the deity Apollo. Pythia, the high priestess of Apollo’s temple, spoke the prophecies on Apollo’s behalf.

According to myth, Delphi is the navel of the earth, which scientists have also verified, making it the center! of the entire planet. Delphi, which is located in Greece, started out as merely a place of worship but eventually became the administrative center of a political and military organization as well. Today, a great number of people flock to Delphi in order to experience time travel and marvel at the majestic Oracle of Delphi!

The Renowned Oracle, a Unesco World Heritage Site, and Nature at Its Finest

In the ancient city of Delphi, there is a distinct sense of peace between humans and the gods they worship. There is no way that images could ever do justice to capturing the splendor and peace of the location. The emotions that are evoked by this holy site are indescribably difficult to put into words. Here, the eagles that Zeus sent to locate the center of the earth converged. And when he slayed the Python dragon, the god Apollo established his sanctuary there.

Humanity has been given the Delphic landscape of Central Greece and the archaeological site, which is among the most significant in all of Greece, and a Unesco World Heritage Monument since 1972. In Delphi, man and nature collaborated to produce a work of art that is timeless and transcends both space and time. And as the force of divine energy and human potential begin to reverberate inside you, you will eventually have an understanding of your more profound self.

The natural beauty of Delphi in Greece is elevated to a higher level by the layers of myth and history that surround it. It is supposed that Zeus despatched two eagles on a mission to find the center of all existence by flying them in opposite directions. He referred to it as the “navel of the earth” when they first met there, and tradition has it that Mother Earth had a sanctuary at ancient Delphi that was guarded by the dragon Python. Apollo, appearing as a dolphin, arrived at Delphi’s port of Kirra, killed the dragon, and then built his sanctuary, the Temple of Apollo, there.

From the 6th century BC to the 4th century AD, the Delphic oracle was a significant spiritual and religious center, rewarding the god-fearing with accurate, if ambiguous, prophecies. Numerous magnificent offerings that were discovered during excavations were made by ancient pilgrims as a way of showing their gratitude.

A Natural Setting Fit for the gods

This enthralling place still exudes the divine energy in every atom. The oracle and the sanctuary are viewed from two enormous cliffs known as the Phaidriades (Shining Rocks) at the base of Mount Parnassos. The area is surrounded by a sizable silver-green olive grove. They combine to create the well-known Delphic landscape. It seems to sway to an inaudible score that fills the soul with the music of the gods. It is calming yet wild, dramatic yet welcoming.

Temples, Theaters, and Other Historical Landmarks

The Sacred Way to the magnificent Temple of Apollo was embellished by Attic sculptors, just like a worshiper in antiquity. Pythia would administer her prophecies from deep within the temple’s inner cloister. The atmosphere at the temple, which is still quite exceptional, is due in large part to the fact that it is surrounded by monuments that celebrate the city-states, rulers, and common people of ancient Greece.

Waters From the Kastalia Spring are Purifying

Set against a landscape of spiritual beauty, water from the sacred spring of Kastalia flows even today. The spring gushes from the base of Phlemboukos (ancient Hyampeia), inside the crevice created by the twin cliffs ( Phaedriades) in a setting of surreal, mystical beauty. Before approaching the Oracle, everyone, including Pythia and her priests, cleansed, and purified themselves here. The oldest fountain has a history that starts in the 6th century BC. The Kastalia of the Rock was built nearer to the spring in the first century. Offerings made to the nymph Kastalia were kept in nooks cut into its sides. This spot marks the myth’s origin.

Corycian cave is a sizable triangular opening where the amazing stalactites and stalagmites are enhanced by the cave’s subdued lighting. The Corycian Cave, the largest cave on Parnassos, was also a treasure trove of exceedingly ancient artifacts from the Neolithic period. These objects were discovered in the cave (4000 BC). In the fifth century BC, this location was used for the worship of Pan and the Nymphs. Even now, it gives off a mystical aura.

The Pausanias Route is one of the region’s most well-known hiking trails. A significant portion of it was actually the ancient route that Pausanias, a traveler who lived in the 2nd century AD and is credited with creating the modern idea of a “guidebook,” had described. It travels from Ancient Delphi up to a place called Kroki and is currently a part of the international E4 route.

An Endless Feast of Monuments

Delphi’s former glory is still visible on its site. Among them is the mysterious circular Tholos shrine of Athena Pronaia, the Gymnasium, where athletes trained and worked out, the Palaistra or wrestling arena, and the Classical-era Baths, which are located close to those from the Roman era.

The important Greek poet Angelos Sikelianos and his American wife, Eva Palmer, worked to reestablish Delphi as a major global hub at the beginning of the 20th century. Prometheus Bound by Aeschylus was performed in the ancient theater during the first Delphic Festival in 1927, and another of his plays, The Suppliants, was presented in 1930.

For more than a thousand years, people believed that the Oracle at Delphi could accurately predict the future. The persons who were regarded as a gateway to the gods were called an oracle. When Pythia spoke, it was the gods’ voice and will that came through. 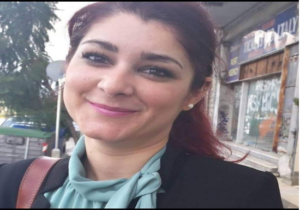 Georgella Razi is a Greek native. She began working in the tourism industry as soon as she had finished her studies in tourism and hospitality administration. She made the decision to write articles, as a freelancer, after many years of working in numerous tourist-related industries and locations. She has been blogging primarily about various Greek locations throughout the past year. She aims to write articles that are educational and simple to read, and as a native, she always work to show readers how beautiful Greece is. She truly believes that reading an article may inspire and motivate you, especially if it talks about beautiful places.