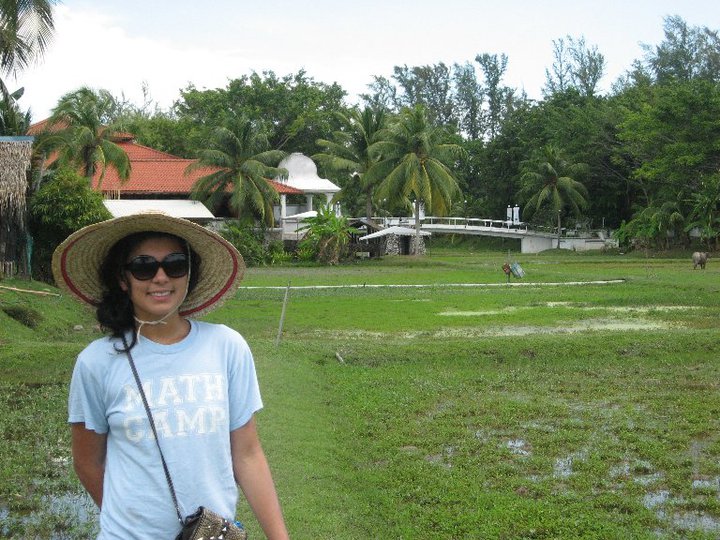 My first trip was a six-week journey through Malaysia, the country where my dad was born. Not only did this trip ignite the wanderlust that fuels me to this day, it also helped me discover my roots and develop a better understanding of my ethnic heritage.

In other words, it changed my life.

Leading up to the trip

When my sister and I were growing up, we often heard stories about my father’s childhood in South East Asia. These stories both entertained and shocked me — as someone who was born and raised in Canada, it was so strange to me that my dad had not seen snow until he was nine! While it was easy for me to acknowledge that he was from elsewhere, I had a hard time understanding what that meant for me.

As a child, I felt extremely Canadian. Like my peers, I ate peanut butter sandwiches for lunch. I loved Britney Spears and the Spice Girls. I celebrated Christmas. I ate pancakes with maple syrup. I went skiing in the wintertime. It didn’t occur to me that my upbringing could have any other cultural influences other than Canadian.

But my black hair, tanned skin and dark features made other people question my roots. Strangers were constantly asking me where I was from, and when I told them I was from Canada, they’d laugh and reply, “Yes, but what’s your background?” to which I’d reluctantly recite the spiel I’d fumbled through many times:

“My dad was born in Malaysia, but ethnically he’s half Chinese, half Sri Lankan, and my mother is English — so I’m a quarter Chinese, a quarter Sri Lankan and half Caucasian.”

After countless interactions like this, it became clear that no matter how Canadian I felt, there was a part of my ethnic heritage that I couldn’t ignore. And while this cultural conundrum didn’t necessarily keep me up at night, it was challenging for me develop a sense of self, because half of who I was seemed foreign to me.

My dad must have been more aware of my cultural confusion than he let on, because when I turned sixteen, he informed my sister and I that we were going on a six-week vacation to Malaysia during our summer break. And while I wasn’t stoked on the idea of leaving my friends for six weeks — I was in that stage of teenhood when my social life was the centre of my universe — I was curious to check out my dad’s home country.

So as I sat in a window seat on the plane to Malaysia, staring out at the tarmac in a mix of excitement, wonder, and nervousness, I couldn’t help but smile.

It was going to be an interesting six weeks.

After a grueling 32-hour journey, we arrived in Kuala Lumpur.

Walking out of the airport and into the world was a shock to my system. It felt like I had stumbled into a steam room. It was unlike any heat I had endured before, and the humid air glued my clothing to my body like a second layer of skin.

We hopped on public transit and made our way to the subway stop where my aunt was picking us up. As the train flew down the tracks, I gazed out the window in awe. Rows of old apartment buildings lined the streets, each tiny apartment stacked one on top of the other, the windows cluttered with clothes hung to dry on bamboo poles. Douglas Firs and rolling hills would have covered the landscape back home, but instead palm trees and lush vines expanded far and wide, blending into the horizon, a sea of vibrant green across a crystal blue backdrop.

My travel bug was immediately awakened, and I still had six weeks to discover all the incredible things Malaysia had to offer.

The food in Malaysia was unbelievably delicious. We started our days with teh tarik (pulled tea with condensed milk) and roti canai, which is fried dough with a side of curry that tastes like heaven. Lunch was unpredictable — some days, we’d have hot pot. Other days, my dad would take us to a hawker stall to get chicken satay served with peanut sauce and cucumbers (which, by the way, also tastes like heaven). For dinner, we’d have beef rendang, or char kway teow, a flat rice noodle dish with prawns, chicken and vegetables, topped with a tangy sauce. The food options seemed infinite, and there was so much variety.

The sights were also incredible. Kuala Lumpur was a cosmopolitan dream. Being teenagers, my sister and I were in awe of the city’s massive malls, endless bubble tea shops, and giant waterparks. Outside the city centre, the landscapes were diverse and unique. It seemed like the country had it all — rolling hills, tea plantations, sandy beaches, diverse marine life, and lush rainforests.

Connecting to my roots

As we explored Malaysia, I started to connect my new surroundings with tales from my father’s childhood. The once vague story of my father’s past gained a deeper meaning that it had previously been lacking.

During the trip, I tried durian for the first time. I visited the high school where my grandparents worked. I met relatives that my father grew up with, whom I had only seen in pictures.

Along with these experiences came an understanding and pride I had never felt before. What used to be foreign was now right in front of my eyes. The new tastes, sounds, and interactions all came rushing in, an unstoppable wave of new experiences that I never would have had at home.

Of course, I still felt very Canadian. Being in Malaysia for six weeks didn’t turn me into a local. But I gained a newfound appreciation for my father’s past, developed a deeper understanding of my roots, and no longer felt awkward sharing my ethnic background with other people.

Because I now knew where I was from, and I was proud of it.

The value of first-hand experience

Many immigrants have done a fantastic job of preserving their cultural traditions and connecting with their ethnic community in their new hometown. By no means does one need to jet off to their family’s country of origin to find themselves, or to feel connected to their culture.

But I would still encourage everyone and anyone to explore their roots, no matter how distance those roots may be. As someone who had long neglected the part of herself that was “other,” it was life-changing to break out of my comfort zone and experience this part of the world that made me and my family who we are. I discovered that travel gave me new experiences, and new experiences gave me a familiarity to my background that no second-hand story could. 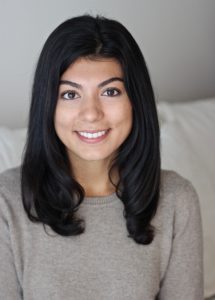 Carmen Ang is a freelance writer from Vancouver, Canada. She’s created content for a variety of different brands and specializes in lifestyle and travel. When she’s not working, you’ll find her exploring new places, sipping on an Americano or reading a book. Having recently uprooted her life, she is currently living in Melbourne, Australia. Check out her Instagram page to follow along on her adventures: @nomadcarm.
Share
Tweet
Pin
Share

3 thoughts on “Discovering my Roots in Malaysia”