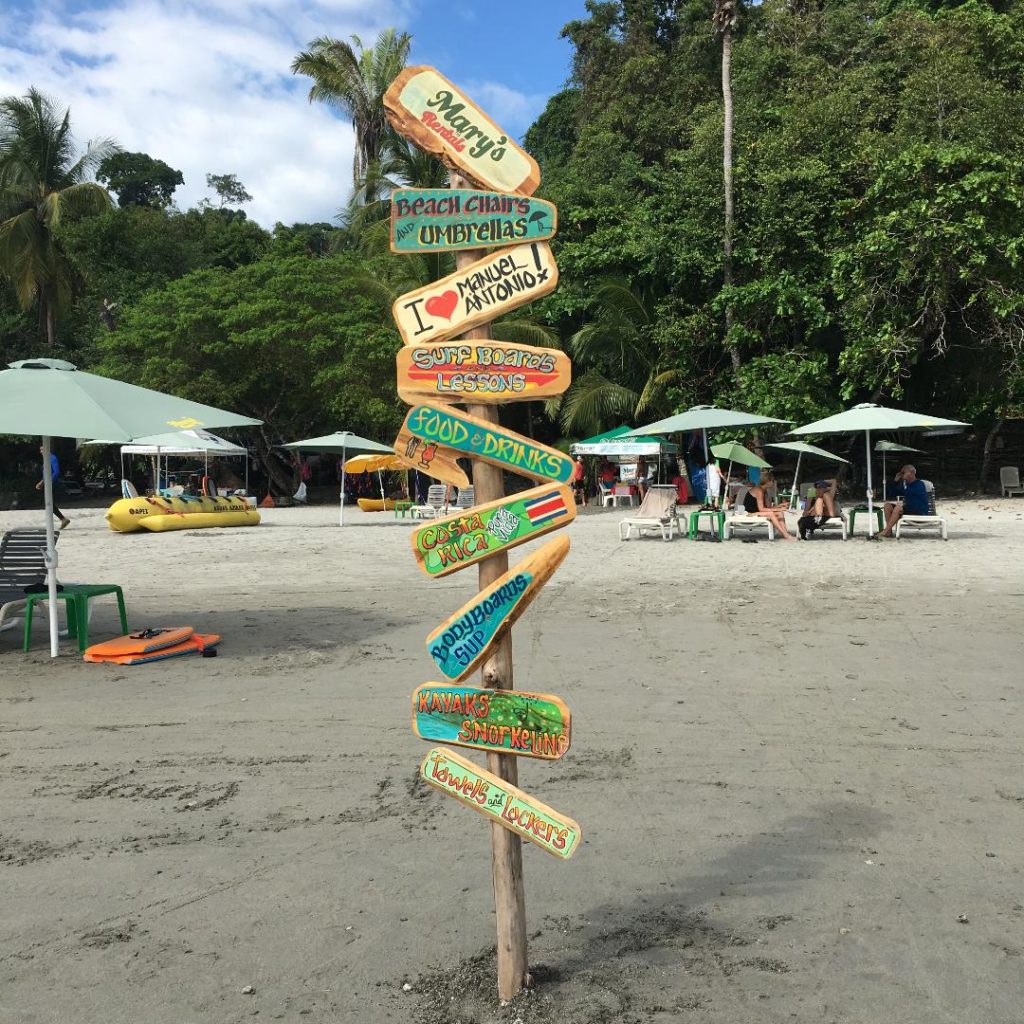 Everyone in my family has a different vision of what they want from a winter beach vacation. My husband, who works long hours, likes to be steps from a swimmable ocean with good restaurants nearby. My teenage daughter wants to sleep until noon and then is ready for either adventure or a good book. I like to see and do things that provide insight into the foreign culture I’m visiting and avoid tourist-only areas. Costa Rica has 300 beaches along nearly 800 miles of coastline so choosing the right one is challenging. Playa Espadrilla, a serene mile-long beach on the Pacific side of Costa Rica met my family’s antithetical needs, providing a perfect base for a weeklong vacation.

The handful of hotels with beach access to Playa Espadrilla, including the modest one where we stayed, are mostly hidden by a scrim of dense jungle, making them nearly invisible from the sand. That gave Playa Espadrilla a natural feel—no high-rise buildings hovering overhead, no beach areas restricted to hotel guests and no elbow-to-elbow rows of reserved lounge chairs. Instead, jungle creeps up to meet the ribbon of sand that divides the beach from the warm, picture-perfect turquoise ocean. Large piles of volcanic rock mark either end of the beach’s crescent stretch.

Life on the Beach

When we arrived there in February, after an overnight connecting flight from Seattle and a three-hour drive from San Jose, Costa Rica‘s capital, the sand was hot underfoot, as the temperatures pushed into the high ‘80s. We parked ourselves at the northern, quieter end of the beach where we rented an umbrella and lounge chairs near the water’s edge. We all agreed it was a perfect base to read, doze and contemplate the view while we recovered from our long trip. A few rocky outcrops dotted the horizon several miles away. Parasailers, hanging from red, white and blue billowing sails cruised across the cloudless cobalt sky. Beginning surfers balanced precariously on their boards as they tried to ride toward shore. The salty water was warm, perfect for floating and bobbing among the gently breaking waves.

Coconut water vendors with push wagons walked the beach. When I ordered one, the salesman hacked off the top of a coconut with a machete and put a straw in it for me. Shave ice vendors also plied the beach with colorful carts carrying bright liquid fruit syrups in clear glass bottles. After shaving the ice to fill a paper cup and pouring the strawberry liquid overtop, the vendor doused my daughter’s confection with sweetened condensed milk, doubling its sweet richness. We had no digestive problems from any of the food or drinks we had in Costa Rica.

In the trees behind the beach, Capuchin monkeys occasionally came to visit us, hoping someone would feed them. Several of the white-faced monkeys, who travel in packs, had tiny babies clinging to their bodies. They dropped to the lowest branches of the trees and stretched out their human-looking hands toward us before getting bored by our cameras and scrambling away.

The middle part of the beach was staffed by a lifeguard on an elevated wooden chair and was a much livelier place to be. Two different parasailing outfits set up on the beach, launching their human cargo from the sand. We picked one that allowed the three of us to try it together. A motorboat offshore quickly lifted us above the surf until we were soaring through the air ten stories high, with a birds-eye view of the beach and jungle behind it. As soon as we landed in the water, my daughter was ready to go up again. Vendors also rented boogie boards and surfboards along with surfing lessons.

On the weekend, the beach was more crowded as Costa Ricans, or Ticos as they’re known, joined the tourists on the fee-free Playa Espadrilla. As I strolled one afternoon from one end of the beach to the other, I encountered a cluster of people playing Latin music on a radio and practicing their dance moves. Further down the beach, kids played a pickup soccer game, deftly maneuvering along the water’s edge. Several dogs waded in and out of the surf along with their owners.

At the southern part of the beach, the trees thinned, and a stretch of restaurants, souvenir stores, and a market faced the beach. A half dozen restaurants offered a range of food and drinks including typical Costa Rican dishes like rice, beans, and plantains, fish tacos, fruit smoothies called batidos and craft beer. This section of the Playa Espadrilla was closest to the national park entrance and near to the backpacker hotels giving it a younger vibe.

When Playa Espadrilla‘s charms became overly familiar, my family looked to nearby Manuel Antonio National Park and its four beaches with white sand, crystal clear waters and lush rainforest that reaches the high tide line. Though free from any commercial activity, Manual Antonio, which is the most visited park in the country, is crowded. Travelers looking for more solitude on the beach can head an hour south to the relatively deserted coastline near Dominica. Or for a break from the beach altogether, there are plenty of options for adventure and engagement nearby. They include:

Hiking and Wildlife Spotting in Manuel Antonio National Park: A crown jewel of Costa Rica‘s parks, Manuel Antonio has 109 species of mammals and 184 of birds, including two kinds of sloths, four species of monkeys, coatis, toucans and brightly colored tanagers. The park has a network of short hiking trails leading to the beaches, a waterfall and several scenic overlooks. You should take a guide to help you spot animals and birds in the thick foliage.

Canopy Zip Line Tours: Several companies offer zip lines and hanging bridges tours, that can get visitors off the ground and up into the trees for thrills and a new perspective on the rainforest.

White Water Rafting: There are several tours out of Manual Antonio to choose from including those that run on the Naranjo and the Savegre Rivers with trips ranging from beginner level two rapids to more advanced level four rapids. Trips can last a half-day, or a full day and usually include transportation, a guide, equipment, and lunch.

With so many opportunities for adventure and with the option of doing nothing at all0, Playa Espadrilla is an excellent place in Costa Rica for a family to spend a week in the sun, both resting and recharging.