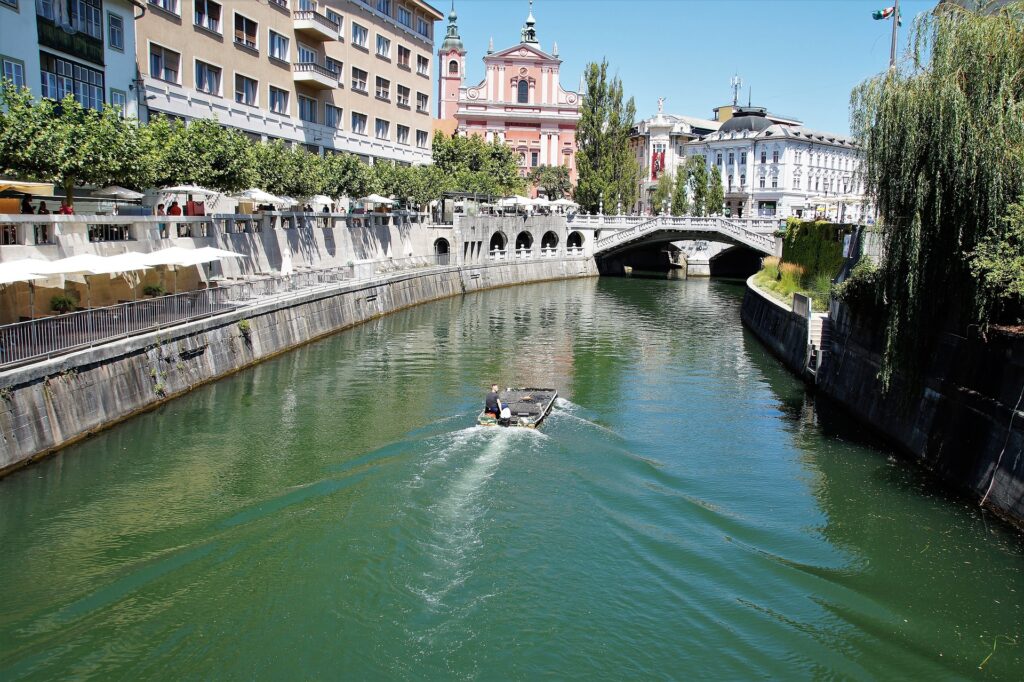 This year marked the 51st celebration of Earth Day and the theme for 2021 is “Restore Our Earth”. It focuses on green technologies and innovative thinking that can help put back our world’s ecosystems. Hence, the theme refuses the idea that moderating or adapting is the only way to address climate change. It is our responsibility to “Restore Our Earth”, not just because we care, but we inhabit it.

Every human being needs a healthy and nourished Earth to survive. Our family, work, and most importantly, our lives depend on it. More than 192 countries participate in Earth Day activities every year, making it a substantial civic celebration around the world. This week, as we celebrate Earth Day 2021, we would like you to be a part of the observance and do your part to save the world for the coming generation.

The Pandemic brought our world’s tourism and travel industry to a pause as many countries around the world closed their borders, grounded flights, and enforced new entry restrictions to stop the virus from spreading, causing many people to cancel their holiday trips.

But on the bright side, the vaccination programs are rolling out and some countries are beginning to lift certain restrictions. Even though there’s uncertainty surrounding the variants some people have begun to travel again.

The world has not fully opened up yet but in consideration of Earth Day 2021’s theme “Restore Our Earth”, here are five environmentally friendly destinations that you will soon be able to enjoy.

Lisbon was nominated Europe’s Green Capital in 2020. As one of the oldest cities, founded over 3,000 years ago, the city has begun to pursue economic growth and sustainability, making it a perfect role model for other cities planning to do the same. Lisbon’s continued dedication to sustainability made it a deserving winner of 2020’s European Green Capital Award.

Lisbon plans to become a carbon-neutral city by 2050 and practice eco-friendly actions by implementing bike-sharing and e-bikes.

The people of Lisbon are eager and determined to contribute too. Located in the north of the city is the Garden of the Marias with five neighborhoods, all with the same surname – Maria. The neighborhood was abandoned and filled with garbage all over. But today, it has turned into a beautiful community garden with flower beds and statues.

If you’re visiting Lisbon in June, you get to enjoy the festivals and dancing with its peoples in the streets of the old town. But any month is an affair to listen to Fado, which is a mournful sounding solo singing accompanied by classical Portuguese guitar playing. It is also recognized on UNESCO’S World’s Intangible Cultural Heritage list.

Green living has always been a thing here in Ljubljana. The city mayor has managed to painstakingly overcome the traffic problems that disrupt the city and turned the town almost entirely pedestrian. Urban spaces are livened up with public art, and new bridges have been built to let the people enjoy and appreciate the historic city. A magnificent castle surrounds the town, and it is also made of 75 percent green spaces and has a massive 230 km long cycling path.

So what’s the use of a car when you can travel and explore the city with a bike (not to mention offering you a healthier option!), cycling under the trees, and along the riverside. Alternatively, chill in one of Ljubljana’s green spaces with a picnic while enjoying local goods like nuts and wine.

Norwegians believe that Norway is the center of the Earth. It’s also known as the Kingdom of Norway and part of the Scandinavian territory. Famous for its mountains and gorgeous fjords, it’s a top pick for outdoor enthusiasts. Moreover, this beautiful Scandinavian capital is an example of an eco-friendly city at its best.

Oslo was the 2019 European Green Capital, and it’s full of car-free neighborhoods, eco-friendly activities, accommodations that enforce eco-friendly rules, and green transportations. From tourism to new infrastructures, Oslo strives to be as eco-conscious as possible. You can explore the city on foot or rent a bike. Go for an adventure into nearby forests for a hiking escapade or enjoy a morning swim at Tjuvholmen in the city center.

Konnichiwa! According to Yale’s Environmental Performance Index, Japan is one of the most environmentally-friendly countries in Asia. The original religion of Japan is known as Shinto, which means worshiping the forces of nature or “kinship with nature”. The term Kami is related to God, and all elements of nature must be tended with respect.

In Japan, Earth Day is celebrated every year on April 21st and April 22nd in Yoyogi Park. The park was built in 1964 as a venue to host the summer games that year. The locals started to celebrate Earth Day in 2001, and since then, the park is filled with thousands of visitors every year. Throughout the park, there are live shows and stalls selling handmade goods and local cuisines like sushi and various sweets.

According to research done by Yale’s Environmental Performance Index, Denmark stood in third place for the most eco-friendly city on the planet. The city already has a reasonable amount of green spaces and parks, but it continues to build more. Many of the district and Refshaleøen across the harbor have now been reconstructed with sustainable design, grass roofs, and rainwater filters to insulate most of the buildings.

If you prefer to travel by water in Copenhagen, take the boat to explore the canals. The boat has solar-powered engines and is built with wood from sustainable sources. And while you’re admiring the city from the boat ride, you get an organic picnic to be enjoyed on board. The waterways of Copenhagen are clean and pure; you can even see the incredible sea life underneath them (or swim in it if you want!)

Known as the happiest place on Earth, Denmark is also one of the most acceptable cities to live in. As long as you embrace the green living scene, it’s not hard to see why.