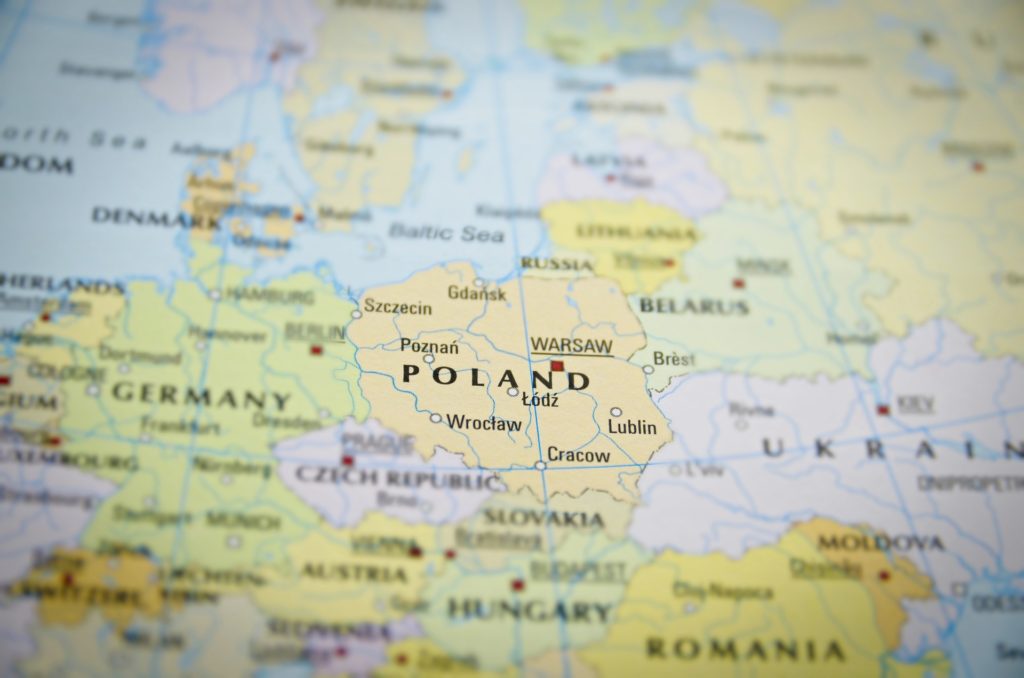 When travelers think of Poland, Krakćw and Warsaw, the country’s two largest and most popular tourist centers are typically what come to mind. But Poland is a huge country with a myriad of interesting cities for visitors. Here are five alternative cities you should check out when in Poland.

Home to the nation’s film industry and dubbed the Polish Manchester, Łćdź is often overshadowed by the capital, Warsaw. It also doesn’t have the best reputation among Poles themselves, dismissed as ugly and dilapidated, especially in comparison to Krakćw and Gdańsk. But the city has a lot going for it, especially if you are a fan of industrial cities. The city centers around Piotrkowska Street, which runs from Liberty Square to Independence Square, where you will find plenty of bars, restaurants and attractions. Along this street you will also find the Walk of Fame, commemorating the greats of Polish cinema including Roman Polański and Andrzej Wajda. Other highlights of the city include: Izrael Poznański’s Palace, a Neo-Renaissance and Neo-Baroque palace which belonged to the textile magnate; the New Jewish cemetery, where you can see the stunning Poznański mausoleum, constructed of granite and marble and housing a glass mosaic and two red marble sarcophagi; and Księży Młyn, a large complex of 19th-century factories that now house the Herbst Palace Museum.

Located in the east of Poland, Lublin has a distinctly different atmosphere from other Polish cities. Culturally, it feels at the center of where east meets west. Its old town has a mix of old and new architecture and is more compact and winding in its layout, with narrow streets. In Plac po Farze, you can see the foundations of the Church of St Michael, dating to the 13th and 14th centuries. Top visitors destinations include: Majdenek, one of the largest German death camps; the Grodzka Gate, one of the original gates to the city from 1342; and a tour of Lublin Castle, which served as the Polish monarchy’s royal residence in the medieval ages. It is also only a short train ride away from Zamość, one of the most architecturally stunning places in Poland.

A wonderfully preserved medieval city, that managed to escape the bombing of World War II, Toruń may not attract many foreign travelers but it has a claim to fame; it is the birthplace of Copernicus, the famous astronomer. The house where he was born still exists and now houses a museum dedicated to him. The Cathedral of SS Johns, where Copernicus was baptized, has one of the largest medieval bells in Europe. The old town hall is considered to be one of the finest examples of Gothic town halls in Europe. Also, the city has been well known for its gingerbread since the Middle Ages. There is an interesting museum where tourists can learn the history of the tradition as well as make it yourself.

Seen by many as the birthplace of the Polish nation, Poznań in the west of the country is a vibrant and lively city well worth a few days’ attention. The old town was lovingly restored after it was heavily damaged in the Battle of Poznań in 1945. It is best known for its town hall clock. At noon every day, two mechanical goats come out and butt heads with each other. Other must-see sights include Ostrćw Tumski (Cathedral Island), where many churches and other ecclesiastical buildings are located, and the Imperial Castle. There are many interesting museums in the city, such as the Museum of the Poznań Uprising 1956, the Museum of the History of Poznań, and the Literary Museum of Henryk Sienkiewicz. Poznań is also known for being a party city, so the many bars will ensure that you are never bored here.

Not the most obvious choice for tourists – most people have never even heard of the city – but Cieszyn is a charming place. Straddling the Olza river, Cieszyn actually sits in two countries, Poland and the Czech Republic. The Polish side of the border is the most aesthetically pleasing, with plenty of sights to see, including: the old market square with its bourgeoisie houses and Baroque-Classicistic town hall; the Piast Tower, a 13th century Gothic tower which once served as a defense post; and the rotunda of St Nicholas, one of the oldest structures in the country and recognizable from its picture on the 20 zloty note. Other sites include the three brothers’ well, where legend has it that three brothers Bolko, Leszko and Cieszko met after many years apart and were so happy they founded the city and ‘the Venice of Cieszyn’, a pleasant street with original 18th and 19th century buildings and many bridges. Cieszyn is also host to many festivals throughout the year, including film and music events.

Poland has so many places that it would take months to see everything but for a chance to see something outside the main tourist tracks in Warsaw and Krakćw, one or all of these places should be high on your list.

1 thought on “Five Lesser-Known Polish Cities Worth A Visit”