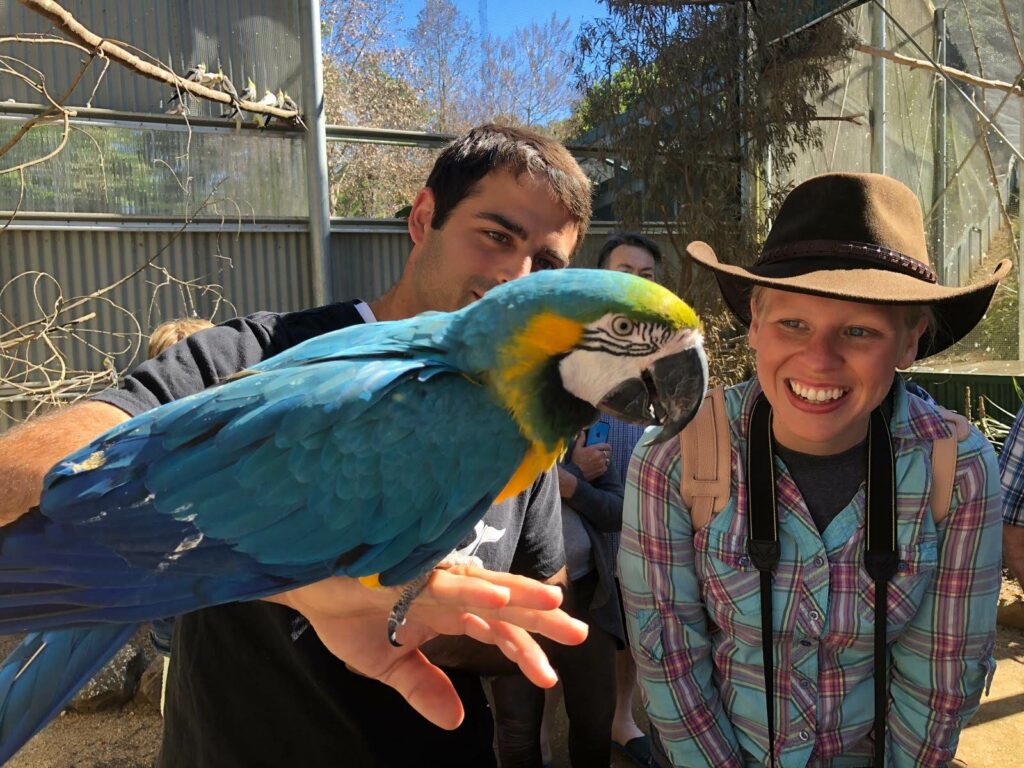 Travel is about making connections – meeting people, experiencing a culture through its food and music, and perhaps tapping into human history at a museum or archeological site.

But how do you connect with the place itself – the ground beneath your feet, the plants, animals, and natural cycles that predate human existence there?

My next major trip is still months away, but a few things have already topped my packing list. Among them are snorkeling gear, a waterproof camera, and most importantly, the Princeton Pocket Guide Wildlife of the Caribbean.

Travel experiences may not always be equitable and equally accessible, but there is at least one aspect of virtually every place on the planet that everyone can enjoy, without cost.

AFAR’s Lina Tran and Svati Kirsten Narula put it this way: “Once you begin bird-watching, no street, sky, or forest ever looks the same: Birds are everywhere, and their comings and goings tell stories most humans aren’t attuned to.”

No matter where you go in the world – land or sea, from deserts to rainforests to the frozen poles – birds can be found there. Even urban environments are rife with them. In New York City, for example, more than 200 species can be spotted at various times of the year.

In our minds, some birds are inseparably linked to the places they occupy – Australia is known for its laughing kookaburra, Antarctica for the emperor penguin, and Africa for the world’s largest bird, the ostrich.

Other birds hold great cultural significance. In North America, various Indigenous American groups utilize bald eagle feathers in ceremonial attire. The same is true of the bird of paradise in Papua New Guinea. Encountering these animals in the flesh is one way of understanding how people in a certain place have interacted with and understood the world around them.

So, when I think back on places I’ve visited, it’s not just the attractions, accommodations, and cuisine that come to mind. Often, I can vividly call to mind the excitement of spotting a colorful flash of feathers or hearing an unfamiliar birdsong.

Bird-watching is also a means of connecting the places I’m visiting to places I’ve already been. After all, many birds around the world fall into easily recognized categories – owls, eagles, seagulls, or woodpeckers, for example. You may not have seen a certain species before, but you build on the knowledge you already have.

Your birdwatching adventure can start in your own backyard.

Getting Start with Birdwatching

Really, all you need to begin birding is your eyes and ears. Perhaps you already know the names of some of the most common birds in your area. Whether you do or not, take time to observe. You may very well feel yourself relax. You will learn to recognize patterns, and this will enhance your experience when you birdwatch abroad.

If you are like me, I’m compelled to answer the question, what did I see? This compulsion has filled my bookshelf with a collection of field guides.

Field guides make great souvenirs when you can find them in situ. I love, for example, taking home region-specific field guides from national parks. But when traveling abroad often look online for secondhand copies well in advance of my trip. Flipping through the pages, I can savor the potential adventures to come.

Many sources recommend investing in a good pair of binoculars; I prefer a DSLR camera with a decent telephoto lens instead. Lenses with 200 to 300 mm of zoom will allow you to see the bird through the viewfinder and snap a picture without the need for a tripod.

This photographic evidence of your quarry makes subsequent identification that much easier. You don’t have to rely solely on memory to determine the type of bird you saw.

Even better, you can upload the photo to an avian ID app such as iNaturalist. The algorithms make suggestions as to the group the bird belongs to or even the exact species. Other users confirm the identification. Once a wild bird identification has been verified two times, the citing is considered “research grade” and can be used by scientists. Not only have you begun your coveted “life list” (a list of every bird you’ve seen and identified), but you are also giving back as a citizen scientist.

Field guides may seem outdated when you can simply use a smartphone app. But their tangible nature reminds me that these creatures inhabited our favorite destinations long before we did. At the same time, they and the ecosystems that support them are also as fragile as the paper pages of a book.

We’ve discussed how birdwatching helps us make connections in a general sense. Here are a few specific examples from my own birdwatching travels.

When my first overseas journey took me to the Dominican Republic, a charismatic blackbird called a greater Antillean grackle joined us for every outdoor meal at our hotel. It often flitted onto a table, grabbed a packet of sugar, and flew beyond the reach of the angry, shoeing wait staff to enjoy its treat.

As I waited for the early morning airport shuttle outside of a Brisbane, Australia hotel, an Australian raven incessantly called “uh-oh, uh-oh.” I worried that the bird’s perceived misgivings would set the tone for the rest of my trip, but fortunately, I did not miss my flight.

On the northern edges of the Florida everglades, our airboat pilot pointed out a snail kite – a locally endangered bird of prey with an appetite for apple snails. Suddenly, I was six years old again, watching my favorite kid’s show, Kratt’s Creatures. I wasn’t expecting a childhood flashback or to encounter a rare animal I’d always wanted to see. But that’s what I got, thanks to the kite and a good guide.