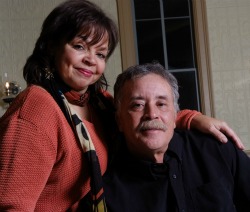 Bryan and Shannon Prince are from the historic Elgin Settlement and Buxton Mission, which was a haven for fugitive slaves.  They have been married for 31 years and, along with their four children, continue to farm in this area where their ancestors once found freedom.  Both are active with the Buxton National Historic Site & Museum, where Shannon is Curator and Bryan is an historian and board member.  Both have been members of several organizations in Canada and the United States including Ontario’s Underground Railroad Alliance; The African Canadian Heritage Network; York University’s Harriet Tubman Institute; joint projects with Millersville University (Pennsylvania) and the advisory board for Chatham-Kent Tourism department.

Bryan and Shannon Prince have lectured extensively across Ontario and the U. S. and are among the organizers of an annual Canadian/U.S. Black History and Genealogy Conference that brings together distinguished scholars from across the continent. In addition to farming, Bryan spent many winter months working for several social service agencies, including Chatham-Kent Social Services, South-West Regional Centre and Kent County Children’s Aide Society’s Group Home. His love for history has allowed him the opportunity to serve as a consulting editor with England’s Adam Matthew Publications digital project Slavery, Abolition and Social Justice; consultant and writer for Detroit 300: Michigan and the Civil War; member of the Ontario Bicentenary Commemorative Committee on the Abolition of the British transatlantic slave trade; the International Underground Railroad Heritage Program and the Ontario Agricultural Museum.  He is an award winning author whose works include the books I Came As A Stranger: The Underground Railroad and A Shadow On The Household and the script for the television documentary A Thousand Miles to Freedom; a co-producer of the concert series and CD The Road To Freedom and is currently  a consultant for 90th Parallel Productions for an upcoming Rogers TV and WNED (Buffalo, New York) Underground Railroad documentary The Stationmaster.  Shannon’s earlier careers were a radio dispatcher for the O.P.P. and later a Home Care Worker caring for aged and physically disabled. For many years, she was an officer of the Kent County Home and School Association and their representative at the County’s Board of Education. During that time, she attended St. Clair College in the evenings and graduated with certificates in Social Welfare and Personal Support Worker. In 1999, she began her current role as Curator and has graduated from the provincial Museum Studies Program. She is currently co-chair of the National Historic Sites Alliance of Ontario; the Ontario Trillium Fund Grant Review Team; the Board of Directors for the Capitol Theatre and the Chatham-Kent Cultural Mapping team.  She is a much sought after Storyteller, participant in re-enactments and has performed a leading role in the stage production of the historical drama on John Brown’s failed attempt to overthrow slavery Rainbows and Wings. 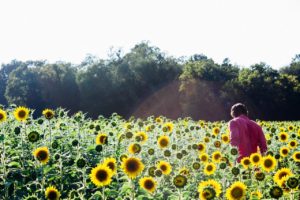 After the War of 1812, Canada’s reputation as a safe haven for slaves grew. Fugitive slaves fled to planned settlements like The Elgin Settlement, known today as Buxton, located in Ontario. Bryan and Shannon Prince from the Buxton National Historic Site & Museum will share how Buxton survived and developed … Read more