Ivan Duque Marquez is currently the President of Colombia. At the time of our interview he  served as the Inter-American Development Bank (IIDB) Culture, Creativity and Solidarity Division Chief. Previously he served as Special Advisor to Colombia´s former President Alvaro Uribe Vélez, Senior Advisor to the UN Department of Political Affairs, Senior Counselor for Colombia and Peru at the IDB, Advisor to the Colombian Minister of Finance, Private Consultant and University Lecturer in Public Administration, Strategy and Constitutional Theory.

Ivan Duque Marquez holds a JD from Universidad Sergio Arboleda in Colombia, an Master in Policy Management from Georgetown University, a Master in International Legal Studies (LLM) from American University and various Executive Degrees from Harvard Business School and the Kennedy School of Government. He is the Author of Maquiavelo in Colomba and Monetary Sins.

Duque was born into a politically prominent family. His mother was a political scientist, and his father, a lawyer, served as governor of Antioquia state (1981–82), Colombia’s minister of mines and energy (1985–86), and national registrar (1998–2002). From an early age Duque showed an interest in politics. As a boy, he memorized political speeches, debated with politicians who passed through his home, and indicated a desire to grow up to be president. His early education was at bilingual schools in Bogotá—St. George’s and Rochester. As a teenager, Duque was a fan of the band Led Zeppelin and was a singer in the rock band called Pig Nose.

Duque studied law at Sergio Arboleda University in Bogotá, but even before he earned his degree (2000) he worked as a consultant in the Andean Development Corporation (CAF) and as an adviser to Santos, who was then serving as minister of the treasury and public finance in the administration of Andrés Pastrana Arango. Beginning in 2001, Duque worked in Washington, D.C., for the Inter-American Development Bank (IDB), first as an adviser on Colombia, Peru, and Ecuador and then as chief of the organization’s Culture, Creativity, and Solidarity Division. 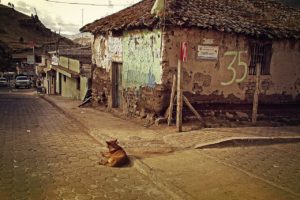 ake you on a journey as we explore the artifacts from America’s greatest family battles, discover a catalyst for promoting Latin American arts and culture, and take a sip of sustainable California wines (yum!).