Jon Bowermaster has written about adventure, the environment and the remote corners of the world for a variety of national and international magazines, ranging from National Geographic and National Geographic Adventure to the New York Times, Atlantic Monthly and more. A six-time grantee of the National Geographic Expeditions Council, those adventures have led him to each continent. His various adventures have included riding a cargo boat through the South Pacific, two-man sledding to the heart of Antarctica, sea kayaking along its coastline and first descents of rivers in Chile and China. Along the way he has written ten books and produced a dozen documentary films. In the past decade I’ve done fewer trips that could be defined as adventure-for-adventure’s sake and focused on bringing back stories about the health of the world’s seas and the lives of the 3 billion people who live and depend on the world’s coastlines. Jon’s OCEANS 8 project – ten years spent sea kayaking around the world, one continent at a time – has given him a unique look, from sea level, at both. When not on the road, or sea, he lives in Stone Ridge, New York. Click here to visit his website

Over the years, Jon has traveled to more than 90 countries, or roughly one third of the world’s nations, giving him a unique perspective on how the world is impacted by many of today’s hotly debated environmental issues, including climate change, plastic pollution, overfishing and more. Through his Web site,  and daily blog, Notes From Sea Level, Jon continues his reporting on the health of the world’s ocean and lives of people who depend on it. 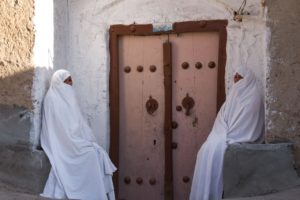 This broadcast is a favorite legacy show that we produced under our old name Travel’n On and before rebranding as WORLD FOOTPRINTS. National Geographic author Jon Bowermaster talks about his journey down the coast of Vietnam. Then- Canadian anthropologist Wade Davis joins Tonya and Ian to talk about his recent … Read more