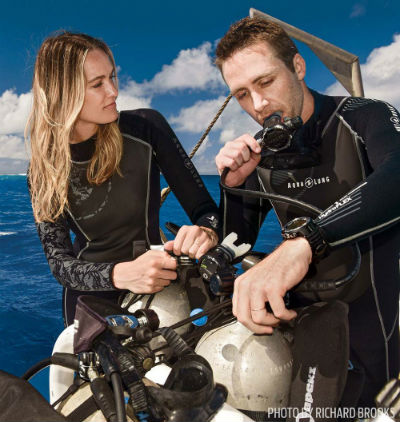 Philippe, an Emmy-nominated TV personality, author, speaker, and social entrepreneur, has established himself as a prominent leader in the environmental movement. He co-founded the leading environmental education nonprofit EarthEcho International in 2004, which is dedicated to inspiring youth to take action for a sustainable planet. Currently, he’s the host and executive producer of Awesome Planet, a weekly syndicated television series on Fox, now in its fourth season. As a special correspondent for CNN, he has hosted several award-winning shows including “Going Green” and “Expedition Sumatra.”  Philippe has testified before Congress and most recently presented at TEDx Pennsylvania Ave.  He’s also hosted and keynoted various events for the United Nations, Harvard University, USC, and the Society of Environmental Journalists, among others.

Ashlan is a special correspondent for Entertainment Tonight and formerly reported for E! News. When she’s not on the red carpet interviewing today’s biggest celebrities, she’s traveling the globe covering a broad range of events and experiences from diving with nuclear sharks to engaging young people on ways to help save the environment. She’s also a passionate environmentalist who has been recognized in international media for her work in conservation, and was selected by former Vice-President Al Gore to be the opening anchor for his internationally live broadcast of Climate Reality in 2015. Ashlan recently presented at TEDx Scott Base, the first TEDx conference of its kind to take place in Antarctica. She also presented to the Society of Environmental Journalists, has been a speaker at SXSW Eco, and continues to be a leading voice for environmental issues on Capitol Hill. 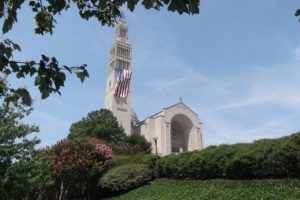 Today on World Footprints we’ll visit one of the largest churches in the world in Washington DC- The Basilica, examine efforts to save cheetahs in Namibia and head off on a Caribbean pirate treasure hunt with the latest generation of Cousteaus. First, The Basilica of the National Shrine of the … Read more