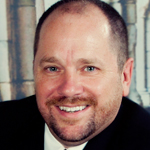 Rodney Ray is a West Monroe, LA native and a successful businessman. Ray owns three businesses, one of which is the first major film production company in Northeast Louisiana entitled R-Squared Productions. Prior to his business ventures, Ray served in the United States Navy and earned a degree from Louisiana Tech University. Ray had written, produced and directed numerous theatre productions before entering the film world. Prior to the release of his first feature film “Flag of My Father,” Ray wrote and directed two short films: “Desires of the Heart,” and “Mumbai Baby.” He has recently expanded into documentary filmmaking with “We Call Them Heroes” and “Price of Freedom.” “Heroes” captures the sorrow, strength and victory of Vietnam veterans who have waited up to 45 years to open the door to their past, while “Price” takes a glimpse into soldiers’ prospective of each American conflict since WWII. Ray is a proud husband, father and grandfather whose dream is to make films that change lives.

Rodney Ray is the head and the heart of R-Squared Productions, a film company he created in Northeast Louisiana that is busy creating top-notch, high quality, get noticed movies that challenge the believer and create an appetite in the unbeliever.