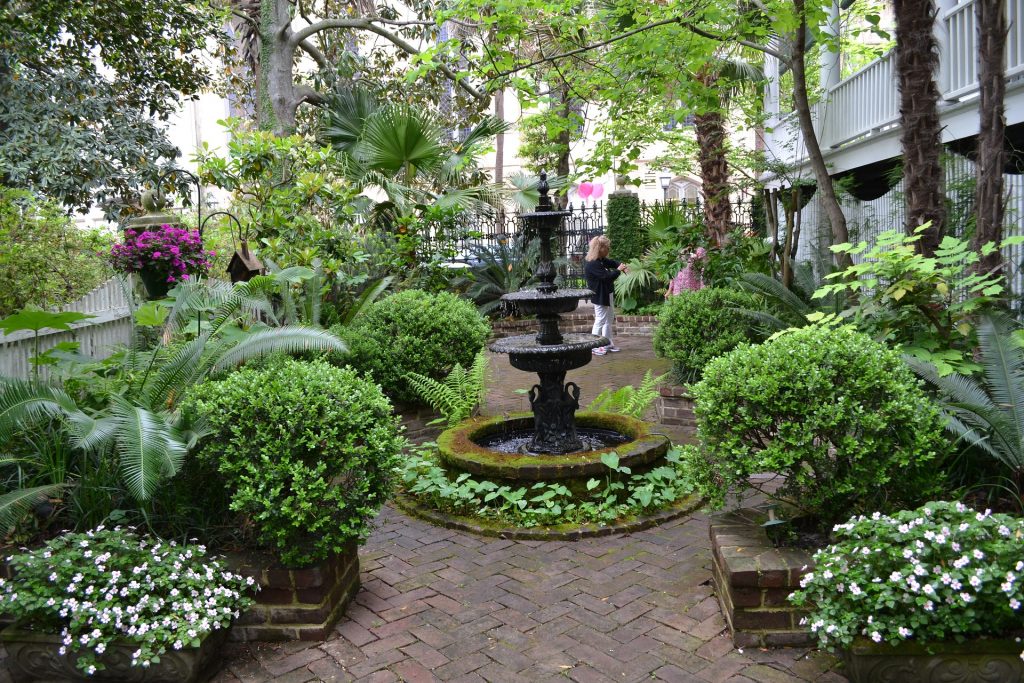 Since its founding in 1733, Savannah, Georgia has drawn visitors both temporal and spiritual, and the spooky occurrences noted throughout its history make for a thrilling experience.

Here is a glimpse into the haunted history of Savannah.

The Story of Jim Williams

Savannah came to the attention of tourists in large part due to John Berendt’s novel Midnight in the Garden of Good and Evil, later adapted into a movie directed by Clint Eastwood starring Kevin Spacey as Jim Williams.

The story deals with life in Savannah from just before Jim Williams shot his lover and assistant, Danny Lewis Hansford, in the office of his home, Mercer House.

Although he claimed self-defense, alleging that Hansford was trying to shoot him first, Williams was charged with murder and found guilty. He appealed twice, and in a fourth trial was acquitted. Just six months after the jury acquitted him, Williams died of a heart attack in his home. Some sources claim he died at the exact spot where he would have been shot if his testimony regarding Hansford’s firing at him first was true. Others say Williams died in or near his office where Hansford died.

Strange phenomenon continued to happen following Williams’ death. Williams was famous for his fancy parties, having thrown the last one less than a month before his death. Locals claim that many times in the years since, if you pass by the empty house on the night he usually threw his parties, you’ll see chandeliers lit and hear sounds of revelry.

Many claim that Williams’ death was no accident, but that the spirit of his former lover could not rest easy while the one who shot him lived a free man. They believe Hansford frightened Williams to death. People working at night in the house have claimed to see Williams prowling his former home.

The Mercer House had a long and some say haunted history. Intended to be the dream home of Confederate General Hugh Weedon Mercer, construction of the home began in 1860, but it was put on hold due to the start of the Civil War. The home sat unfinished until 1868, but at this time, Mercer was broke and unable to finish his home. No Mercer ever lived in the house.

In 1868, the house was purchased and completed by John Wilder. It remained in Wilder’s family until the 1920s, when it was bought by the Shriners. When Jim Williams bought it in 1969, it had been vandalized and sitting empty for about 10 years. Just before he bought it, a tragic death happened there.

An 11-year-old boy named Tommy Downs was roaming in the abandoned house. The story goes that he and a friend were hunting pigeons when Tommy got onto either the roof or second-floor balcony of the house and fell to his death.

Tommy struck the wrought-iron fence and one of the spikes drove through his skull. Tommy’s friend later said that it looked like someone had pushed Tommy, but no one else was in the house at the time. Visitors have sometimes captured images of a young blond boy in pictures, and passersby have claimed to see a young boy falling from or reflected in the home’s windows.

Many of the Savannah ghost tours take you by the outside of the Mercer House, which is now owned by Williams’ sister and open for tours. She now calls it the Mercer-Williams House. The tour focuses on the history of the house, the antiques, and Williams’ contributions to the historic preservation in Savannah. A word of caution if you take the tour: his sister forbids guides discussing not only paranormal occurrences but also any reference to her brother’s trials.

Mercer House is not the only place linking Williams and the paranormal. During his years in Savannah, he was an ardent preservationist. Many of the old homes were on the verge of being torn down to create parking lots. He saved and renovated at least 50 historic homes, the Hampton Lillibridge House being one of them. It’s currently a private residence and not open to the public, so it’s not on some of the ghost tours, but can be accessed via a short walk from Oglethorpe Square in the Historic District.

Built originally by Hampton Lillibridge, the house and the one next door were saved from demolition when Williams bought them in the 1960s. Both houses were moved from the original site.

Problems followed. The neighboring house collapsed and killed a workman. Workers reported inexplicable sounds coming from the empty house. One man was investigating strange noises on an upper floor when he felt himself being dragged toward the steep drop of a chimney shaft. Others described sounds of a party coming from the empty top floor. People reported apparitions, ranging from an elderly man to a younger man and a woman. Williams experienced several occurrences when he lived in the house for a short time.

When Williams was moving the house, the remains of an ancient tabby crypt were found underneath. He didn’t investigate at the time, and later the site was filled in and the crypt destroyed. Another possible cause was the sailor who hung himself in one of the upstairs bedrooms.

On December 7, 1963, the Episcopal Bishop of the Diocese of Georgia performed an exorcism at the Hampton Lillibridge House. It’s the only house in Savannah to have an official exorcism. Some say it worked for about a week, but eerie phenomena continue to this day.

Telfair Museum offers a tour of the Owen-Thomas House that is very interesting both architecturally and historically.

There are many stories to be told about this house, but a favorite involves Jim Williams. Williams was at the Owen-Thomas House in the 1960s with a business partner and a friend, who was renting a room upstairs. They were in the front room when Williams’ partner saw a man wearing a riding coat, and boots, and carrying a riding crop. The mysterious man passed so close to Williams that he could determine the man’s eyes were blue and he was sweating. The next thing he knew, the man disappeared.

A haunted tour of Savannah

As for ghost tours, there is one for every taste. There are basic walking tours, Hearse Ghost Tours, Ghosts-and-Gravestones Trolley Tours. Some focus on more scary aspects and include pub crawls. Many are more scientific and include paranormal investigative equipment. Almost all share Savannah‘s colorful history, as it is usually the reason the spirit is present. Most tours include the Mercer House, Owen-Thomas House and many more places including Savannah’s historic cemeteries. Visitors can also explore at their leisure with the Hop-on-Hop-off Trolley Tour.

Heading into Halloween, it’s a perfect time to immerse yourself in the spookiness of Savannah.