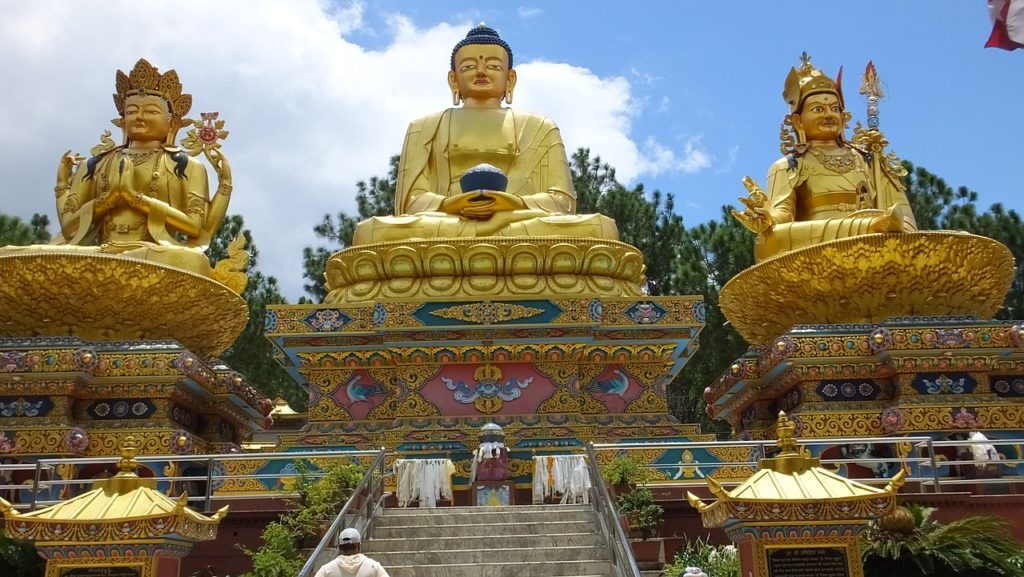 Nepal is one of the few countries in the world which can feel unspoiled by the effects of tourism. Immense and majestic in every way, it is also here that you will find the infamous Mount Everest but make no mistake; this isolated pocket in the mountains is popular for more than just adventure tours and hiking expeditions. Yes, Nepal is overflowing with historical attractions and cultural experiences but surely one of the real joys of traveling in this part of the world is the fact that this fast emerging travel destination is still far less traveled than the rest of Southeast Asia.

Here are just a few more reasons why Nepal is fast emerging as the ultimate destination for cultural experiences in Southeast Asia:

Volunteering in Nepal is transparent and highly rewarding

Responsible tourism and transparency is a very large part of the reason why Nepal is so enticing for volunteers. As opposed to some rather questionable programs around the world, the organizations in Kathmandu and further afield are very open about their dealings with payments in particular. Simply put, the money you pay for a volunteer visit will go directly back into the program, and you should even see this during any stay. Most members of staff are also involved for genuine reasons while the opportunity to have a practical impact on the local environment is always appealing. This is important as many volunteer programs elsewhere tend to restrict or limit the work which volunteers get to do and the result is usually an underwhelming experience for the volunteer.

Nowhere in the world compares to hiking the Himalayas

Hiking is the undeniable reason why most visitors arrive in Nepal. However, in spite of such popularity with hiking enthusiasts or small group adventure tours, many trails throughout the Himalayan Mountains are still void of tourists. They also offer the most spectacular views and when you find yourself trekking past Annapurna or Poon Hill, it’s hard to imagine a more mystical landscape anywhere in the world with each of these peaks towering high above the plateau and into the clouds.

In spite of the dangers for which climbing Mount Everest is now known, accompanied by a lead guide and porters, the Himalayan Mountains is nevertheless a very safe region to explore and get up close to these dramatic and imposing mountains. Except maybe the act of hiking in this region is not enough, and maybe you don’t have the $60,000 needed to climb to the peak of Everest itself? In which case you can opt for a hike to Everest Basecamp and follow in the footsteps of famous explorers such as Edmund Hillary.

Yes, the options for hiking in Nepal are endless, and there is always a route, distance and time frame to suit all requirements or levels of fitness. Affordable and tourist friendly, this is obviously one of the best places in the world for a hiking adventure, and if the idea of organizing a trek independently overwhelms, there are many small group adventure tours in the region which depart on a weekly basis.

Kathmandu is a vibrant and fascinating capital

Exploring the old city of Bhaktapur on the outskirts of Kathmandu is just another string to the bow of the Nepalese capital. Featuring incredibly intricate design and a fascinating historical purpose, the city is overflowing with character which can make it worthy of a visit alone.

At the same time, the city itself is graced with variety, and you can find many intriguing landmarks and points of interest throughout including the Patan and Sherpa Museums. An ancient palace with a huge collection of artifacts and artwork, Patan Museum is one of the oldest in Kathmandu while the latter is dedicated to the Karati people and the history of expeditions on Everest.

Meanwhile, the sights and sounds back in the city center bring a distinct sense of intrigue to the new arrival. Venturing through busy markets and narrow side streets, you can easily find yourself in the midst of a very primitive lifestyle where locals are still living as they did one hundred years ago. Durbar Square is, of course, the UNESCO World Heritage Site in Kathmandu but the many shining temples, friendly street vendors, and modest eateries make this a remarkable encounter, regardless of the reasons for which the city is most famous. Simply put, you need to see this place to know what it’s all about.

The National Parks are affordable and unforgettable

One aspect of travel in Nepal which seems to be overshadowed by Mount Everest are the National Parks dotted throughout the region. Take Chitwan National Park, for example, a luscious park with dense forest and beautiful wildlife including rhino and Bengal tigers. Bardiya National Park provides a similar setting but is most popular for the population of elephants while Langtang National Park is a protected area where the mountain slopes and breathtaking scenery are home to the endangered red panda.

Banke, Rara, Parsa, Khaptad, and Shivapuri are just a few more examples of the mystical parks waiting to be uncovered in the mountains and in many cases, these are the unexpected highlights for tourists who arrive to trek in the midst of this snow peaked region. Accessible and affordable, it is possible to travel to these parks on a self-drive adventure, but there are also many local operators who can organize an expedition into the stunning wildlife and wilderness regions of Nepal.

Cultural experiences are easy to find

Nestled between India and China, Nepal is very much a cultural encounter where visitors can expect an immersive experience and local encounters far from civilization. Yes, there are many parts of Southeast Asia in which you can find something similar, but really, these are less frequent in destinations such as Thailand or Vietnam where tourism is reaching a peak.

Traveling through small villages in Pokhara Valley is a memorable experience while Pashupatinath Temple is an opportunity to see the Buddhist and Hindu way of life in a setting of complete silence. Unlike many tourist populated countries, In Nepal, you can visit small Tibetan houses and wander through villages without it feeling invasive while the locals are always quick to make each visitor feel at home. Another highlight in this respect is a local village tour, and this is an easy way to understand the traditions and way of life these people have been upholding for centuries.

And then there is the incredible sunrise, for even after you learn about the ancient culture and visit local attractions such as Seti Gorge, Devils Falls, and Bindabashini Temple, the surrounding areas offer some of the most unforgettable mornings you are ever likely to witness.

With unrivaled trekking, vibrant cities, shining temples, endangered wildlife and cultural experiences, it’s easy to see why this landlocked treasure in Southeast Asia is increasingly popular with the relative few tourists who make it their destination. That being said, there is so much to witness here aside from the Everest base camp and the fact that this part of the world is less traveled than others is certainly a good thing. So even without the hiking trails, endearing yaks, colorful Sherpa’s, or infamous Mount Everest fail to impress, Nepal offers an incredibly stimulating encounter and possibly the ultimate cultural experience in the entirety of Southeast Asia.