I grew up as an only child and as such, became accustomed to doing things alone early in life. When the time came to travel, that too became a series of solo adventures. It wasn’t that I couldn’t travel with friends, family, or significant others; I often went alone only because I enjoyed experiencing destinations at my own pace, on my own time — and I always had a great time doing so, while making friends along the way.

But being of Greek descent, doing things alone is often considered to be bizarre, and out of the ordinary. I’m reminded of the time I sat alone in a crowded Greek cafe. The server addressed me in English, I responded in Greek and ordered a coffee. Before she could put pen to paper, she appeared to be taken aback. Shocked that I spoke Greek, she wondered where I was from, and with a bewildered look, asked what I was doing having a coffee, alone. She handed me a newspaper so I would have some form of company while enjoying the coffee, adding, ‘you need something for ‘kefi‘.

You know that warm feeling you get knowing it’s going to be a fun, festive Christmas with family and friends, that euphoric state of mind you feel watching the sunset with hundreds of strangers, that sense of happiness you experience watching a concert, surrounded with so much positive energy that it completely captivates, engulfs your soul? Kefi is a Greek word beyond translation, but loosely defined as a joyous, passionate spirit, a feeling of utter content, a smile on your face you can’t explain, a raw appreciation for life happening around you! Kefi is a perfect word that encapsulates, captures and reflects the Greek ethos, and way of life.

You see, our collective Greek DNA is embedded with some form of social interaction, including and especially doing most things in groups. Kefi opens up and builds upon your appetite for human touch and togetherness, promotes a healthy and responsible release of inhibitions, and inspires whole-hearted joy. Gathering for the purpose of not only conversation and connection, but to feel the energy emanating from others, to feel as if you’re a part of something bigger, united in the human experience.

Greeks don’t seek kefi, they find it naturally in their day-to-day lives. Having a coffee, meal or drinks with friends and family is often the easiest way to feel kefi build up inside, as it allows for a brief escape to life’s deadlines, and one’s own thoughts. If the church is the cultural and spiritual center of Greek life, the restaurant/cafe is in many ways, the social center, where coffee and the act of breaking bread is both the reason and excuse to gather, talk about both the pains and pleasures of life itself, while simultaneously re-gaining perspective to let yourself, and everything else, go.

For Greeks, the art of living well often feeds from being in the presence of others who are also in a similar state of mind. We certainly can’t control everything that happens to and around us, but what we can control is our state of being. Kefi is an innate tool in all of us, allowing room to appreciate the moment, enjoy the now, and share in the excitement, preferably with those you love the most.

Kefi is the reason why Greeks often intentionally smash plates during casual dinners and weddings. Sure, smashing plates can be both dangerous not to mention expensive, but imagine for a moment being engulfed by a powerful, almost cosmic positive vibration. A force so strong it sweeps you up, absorbing your soul with an overwhelmingly heavenly feeling. It builds up, and needs a release, an expression of action where words just won’t cut it. The result is plate smashing, brought on by kefi, a reflective and symbolic zest for life.

In the 1964 classic film, ‘Zorba the Greek’, Anthony Quinn’s character of a middle-aged Greek man named Alexis Zorba who deals with loss, failure and hardship by singing, dancing and laughing both confuses and exhilarates Basil, the young and conservative British-Greek writer. Over the course of the film, Basil learns what it means to gain a lust for life, an appreciation for the smallest pleasures, despite the inevitable and relentless challenges life brings. “You’ve got everything except one thing”, says Zorba to Basil. “A man needs a little madness or else he never dares to cut the rope and be free”. Kefi is tapping into your spirit, creating bliss, living life instead of just existing. Thinking less, feeling more, kefi is a nuanced word to express how you should be living your best life daily.

Sure, from a Greek’s point of view, sitting at a cafe alone and having something as simple as a coffee looks odd. And although I appreciated the offer of a newspaper from my concerned and confused server, I didn’t need it. For me, immersing myself in the moment, looking around and feeling the energy around me, and being grateful for the experience of living, has always turned the dial of my soul to emotional overload. Joyous kefi is in all of us — do you feel it? 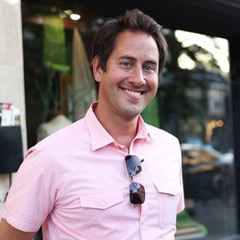