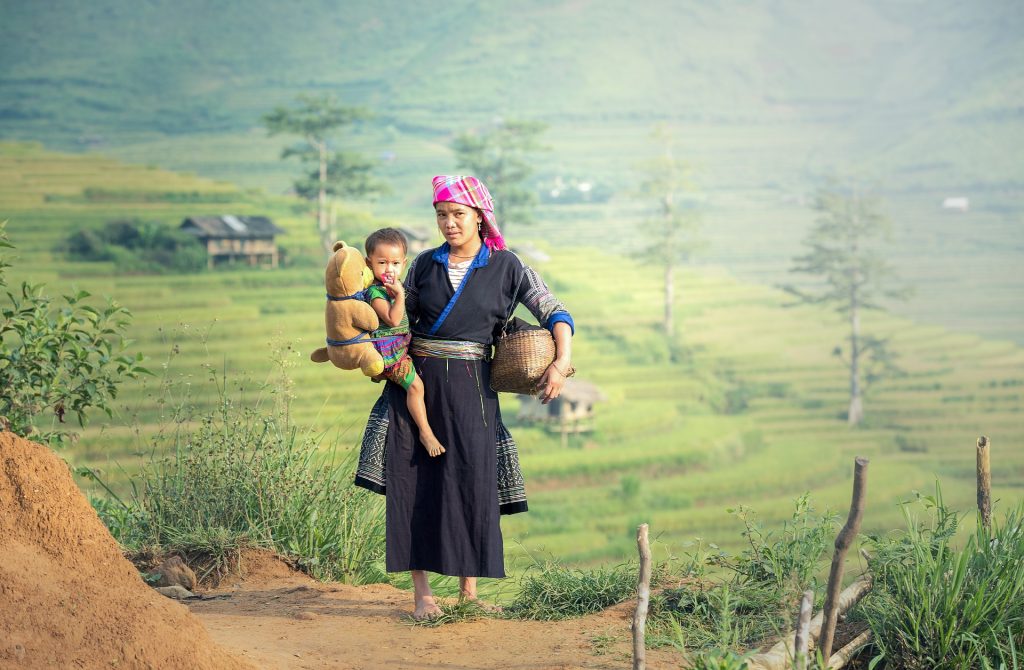 Max Mara, a multi-billion dollar Italian fashion label, has been blasted on social media for stealing the traditional clothing designs of the Oma, a tiny ethnic minority in Southeast Asia. To add insult to injury, the privately owned brand has not acknowledged the intellectual property rights of the Oma and has, instead, contacted advocacy groups spreading awareness of the issue to take down their online posts, threatening legal action.

This isn’t the first time a major company has stolen designs. Instead, it’s the latest in a long list of instances where large fashion brands have made profits by stealing from those with fewer resources to fight against the injustice. This latest offense by Max Mara further proves that fashion mega-brands believe themselves to be above the consequences of their unethical actions.

Who are the Oma

The Oma is one of the smallest ethnic minorities in the world, with an estimated population of 2,000 people. The Oma live in the mountains that are spread across northern Laos, northern Thailand, and southern China, and are typically an agrarian people.

Oma traditional dress is a point of pride for the minority community. The handspun garments, which are masterfully dyed with indigo and embroidered in red, are part of the cultural identity of Oma people.

The Traditional Arts and Ethnology Centre (TAEC), a social enterprise based in Luang Prabang, advocates for ethnic minorities in Laos. TAEC works to promote the appreciation of ethnic minority art and cultural heritage. TAEC is currently aiding the Oma people’s fight for acknowledgment and compensation over the designs that have been plagiarized by Max Mara. The organization has been in close communication with Oma communities in Laos to better advocate for them.

TAEC first raised awareness about the alleged plagiarism on April 2nd, 2019, when a former staff member recognized the designs in one of the label’s stores in Zagreb, Croatia. Immediately, the center’s staff leaped into action, emailing the Max Mara PR team, contacting the brand on Facebook, and launching a social media campaign to raise awareness of the issue. News spread fast and sparked outrage, leading to the creation of the #MaxOma on Twitter.

An Imbalance of Power

Plagiarism, in any form, is wrong. Taking the heritage designs of a small community, one that has far fewer resources available to them, is akin to being the bigger kid in a schoolyard fight. Max Mara currently has more than 2,200 stores in over 90 countries, meaning the label has a greater number of storefronts than the Oma have population. There is, without a question, a societal imbalance of power.

Max Mara has both PR team and legal teams. The Oma do not. Their voice is only heard through those in the public who take an interest and through free advocacy groups, like TAEC. Currently, there has been a Change.org petition that has acquired thousands of signatures and will be delivered to the owner of Max Mara. If consumers and the general public cannot convince Max Mara to take down the clothing, however, the Oma do not have endless resources to fight for their rights over their traditional designs— Max Mara does.

”For a company of your size, of any size, to profit from the sales of designs that are not original, without approval, acknowledgment, or compensation, is undeniably wrong,” TAEC representatives wrote in a recent press release.

Max Mara continuing to ignore the public call for amends is one thing. Their threats to pursue legal action against those who have shared social media posts shining a light on their shady business ethics is another issue entirely.  When TAEC finally heard from the PR team at Max Mara, they were told to pull their posts from social media and end the #MaxOma Twitter trend or legal action might be taken. The company did not respond to an email request for comment, from this reporter.

A History of Offensive Fashion

Fashion seems to be an industry that consistently repeats bad behavior. Six years ago, H&M retailers had to pull headdresses from their shelves after offending Native American people in the U.S. In another example, Carrie Anne Roberts, the female owner and designer behind the brand, Mere Soeur, had her “Raising the Future” design ripped off by the American clothing label, Old Navy. And Zara, a Spanish fashion retailer, has been caught numerous times copying the intellectual property of multiple designers, including Kanye West’s Yeezy shoes and the Balenciaga sneakers that took the fashion world by storm.

Part of the blame can be placed on the loopholes that designers find in intellectual property laws. It’s because of these loose laws that Max Mara has not done anything strictly illegal. The Oma have no trademark on their designs. It ultimately boils down to an issue of ethics, because, despite Max Mara not having violated the law, what they have done by copying the Oma designs down to the exact shapes and placement on garments, is unquestionably immoral.

Other fashion offenders have sought recompense, each in their own way. In the case of the H&M headdresses, the company issued a public apology and removed the item from their shelves. Old Navy similarly pulled the product from online and store shelves, while noting that what they had done was not in violation of any legal statutes. Instead of following this lead, Max Mara has neither acknowledged the Oma patterns used nor apologized for their actions.

TAEC’s advocacy campaign has clearly outlined steps towards amends in their latest press release. First, they ask that the label pull all clothing in question from physical and online stores. Next, Max Mara needs to publicly commit to never copying designs ever again. Finally, and perhaps most importantly, Max Mara is being called to donate all of the proceeds earned from these designs thus far to an organization that advocates for the rights of ethnic minority people.

It is time that fashion be held accountable for the unethical behavior of the industry.