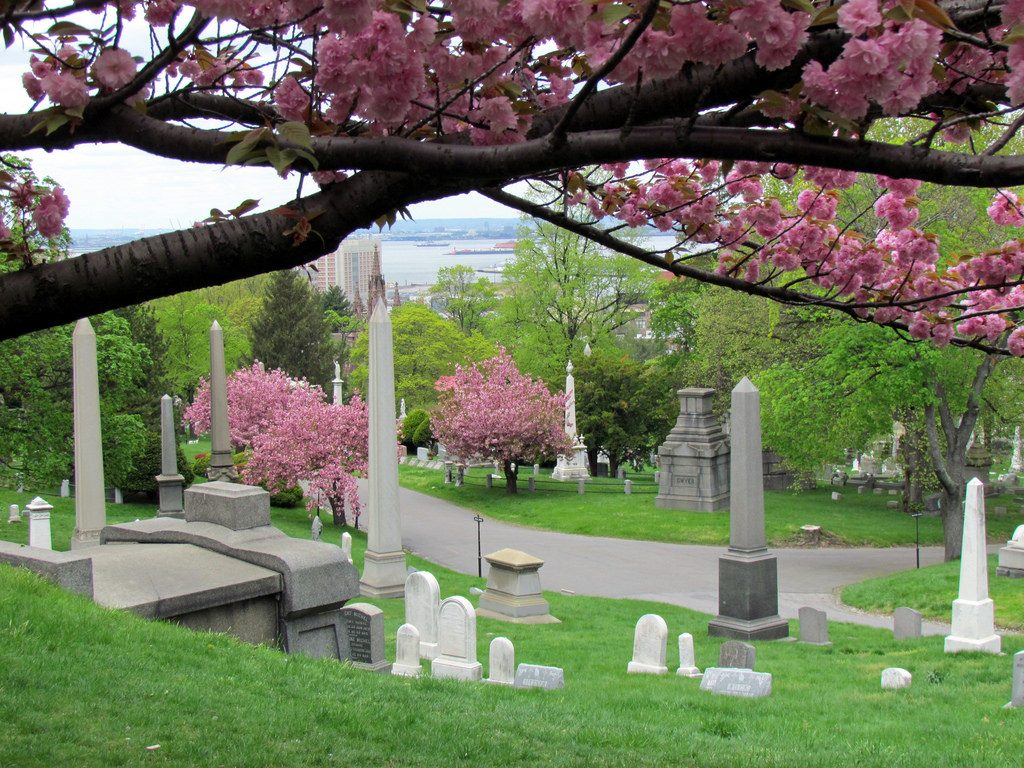 In a city as teeming with life as New York, it should come as no surprise that there is a similarly populous world six feet under the five boroughs. With so many tourist attractions, New York City’s cemeteries are rarely on most visitors’ top ten lists, but the sheer size of many NYC graveyards, not to mention their famous residents and historic structures, make them some of the city’s most lovely green spaces, despite their morbidity. Increasingly, many city cemeteries are hosting tours and other events, opening their park-like acreage to more than mourners while maintaining the respectful nature implicit of such a space.

With more than one hundred cemeteries spanning the five boroughs (yet still not enough room for the city’s deceased), those seeking the wisdom and stories offered by NYC’s dead may be overwhelmed with options. Below, highlights of graveyards in each of the five boroughs.

Surely the most celebrity-packed gravesite in Brooklyn is Green-Wood Cemetery, the final resting place of Jean-Michel Basquiat, William Magear “Boss” Tweed, Leonard Bernstein and Reverend Henry Ward Beecher among other storied names. Green-Wood is also a sprawling green space which, at 478 acres, almost gives nearby Prospect Park’s 526 acres a run for its size. A National Historic Landmark, Green-Wood was the country’s second most popular tourist attraction in the early 1860s; its 500,000 annual visitor count – a number that includes mourners and picnickers alike – lesser only to that of Niagara Falls at the time. With a population of some 560,000, the cemetery boasts more dead residents than Staten Island has living souls. Neither dead nor living but famous in her own right, the cemetery is also home to Minerva, a sculpture commemorating the Battle of Brooklyn who’s ability to maintain eye contact with Lady Liberty across the harbor is a landmarked right.

Green-Wood has recently begun offering on-brand events, including a monthly Death Café at the cemetery’s modern chapel, where participants discuss death while enjoying light snacks and coffee. Eccentric and encyclopedic travel site Atlas Obscura has also begun partnering with the graveyard annually for an immersive, theatrical night of macabre performances called Into the Veil.

Another standout Brooklyn cemetery is the Old Gravesend Cemetery, farther afield in the borough. While the residents here aren’t big names today, they are impressively old. The pioneering founder of the old town of Gravesend (now simply a neighborhood), Englishwoman Lady Deborah Moody, rests here, not far from her home, which dates to 1670. The graveyard is even older and has existed since 1643.

Manhattan is as exclusive in life as it is in death: there is only one active cemetery left here, the Trinity Cemetery & Mausoleum in the upper reaches of the borough. That Trinity is still open for business does not mean it is not already filled with star-studded graves, however. It counts several members of the wealthy, socialite Astor family, Cuba Gooding Sr. and Ed Koch among its residents.

Somewhat confusingly, there are two other burial grounds affiliated with Trinity Church. The first, on Wall Street, contains the remains of Alexander Hamilton as well as his son, Philip, and wife, Elizabeth Schuyler. The second is Trinity Church Cemetery and Mausoleum, and the third is not far from the first, at St. Paul’s Chapel on Fulton and Vesey in lower Manhattan.

In the East Village, New York Marble Cemetery stands out for being among the city’s smallest gravesites as well as the oldest public non-sectarian burial site in NYC.

New York’s largest borough in terms of geographic size, Queens also has the United States’ largest cemetery in terms of burials. Calvary Cemetery has a whopping three million dead within its four sprawling sections and counts among its ranks a large number of organized crime members. (It was also used for scenes in “The Godfather”).

Among the Bronx’s cemeteries, one is uniquely special because it is located on its own island. However, it is not an actual graveyard but a mass grave. Hart Island‘s story is a bleak one. Its interred souls are likely not resting in peace since to be buried on Hart Island is to be an unclaimed corpse. A 101-acre potter’s field, Hart Island has been the final home of more than 67,000 bodies since 1980 and is the largest tax-funded cemetery in the country. Hart Island is open to visits from the public once a month, but you must register beforehand. The island is only accessible by boat.

On the opposite end of the spectrum from Hart Island’s dark anonymity is Woodlawn Cemetery, which contains the remains of such well-known names as Robert Moses, Fiorello LaGuardia, Miles Davis and Herman Melville. To the southeast of Woodlawn, Billie Holiday lies in Saint Raymond’s Cemetery along with Mary Mallon (Typhoid Mary) and multiple once well-known mobsters.

One lesser known home for the dead is Joseph Rodman Drake Park, where a small gated cemetery contains the final remains of African American slaves who worked the land’s former estates, according to a New York Times story.

New York’s least populous borough is also home to a relatively small quantity of dead bodies. Perhaps the most notable story regarding Staten Island’s many scattered gravesites is the effort made recently to restore them from ruin. The Friends of Abandoned Cemeteries of Staten Island tends to the island’s 19 abandoned cemeteries, which were long overrun with the remains of dead objects like a 1970s Cadillac, caretaker Lynn Rogers told the New York Times in 2014. Among the forgotten gravesites is Blazing Star Cemetery, alternately known as the Sleight Family Graveyard or the Rossville Burial Ground, which contains graves dating from circa 1750. The Fountain Family Graveyard, established in 1802 contains some 50 interred bodies within its bitty plot. The Rossville gravesite is in a morbid corner of the borough, directly adjacent to the Arthur Kill Boat Graveyard, where dead ships peek out from their watery graves during low-tide. 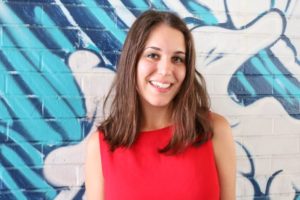 Hannah Frishberg is a fourth-generation Brooklynite, reporter and photographer. Her work has appeared in Narratively, Curbed, Gothamist, Atlas Obscura among other publications and she was most recently the Editor in Chief of Brokelyn. She’s working on a book about the many of lives of the Gowanus Batcave.