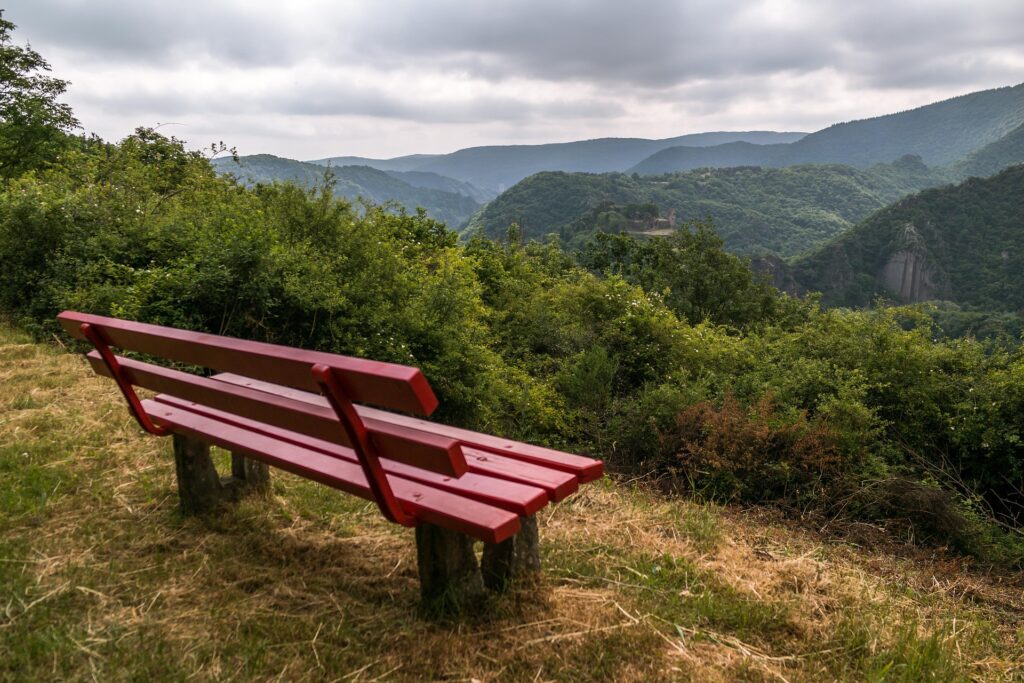 Learn about the Palatinate Forest

Whenever I read about people planning a trip through Europe, Germany seems to be frequently skipped or, at least, at the end of the queue behind Spain, Italy, or France. And those who do decide to visit Germany, sadly often focus on Berlin and Munich only.

Unfortunately, this country – Germany has so much more to offer than overpriced Octoberfest beers and graffiti-covered walls. One such place is the beautiful Palatinate Forest Nature Park, a 1.7 km2 forest area that, together with the adjacent French Vosges Mountains, forms a huge biosphere reserve.

The pandemic made me explore the Palatinate Forest

Although I have travelled to over 60 countries in a very adventurous way, I never really focus on what was close to me. Far away was all I wanted, not knowing that true paradise was waiting right there in the backyard of my former hometown, Kaiserslautern. The pandemic-related quarantine had just started, I worked from home, and felt imprisoned on the weekends. No restaurants are open, no visits are allowed, and no social gatherings in public are tolerated.

So, I took my hiking shoes and started walking towards the closest edge of the city. After only 5 minutes, I reached and crossed through a park called Volkspark, which was located in the eastern part of Kaiserslautern. Huge trees, perfectly green grassy areas, and a small lake featuring swimming swans and even sunbathing turtles immediately made me feel deeply relaxed and in sync with nature.

After walking for another 10 minutes, I had already left the city behind me and entered the actual forest. I followed a steep incline that, according to a sign, would lead me to a place called Waldrefugium (forest refuge), which refers to a forest area that is under protection and must not be entered or interfered with to protect and maintain wildlife.

Great views of Kaiserslautern at the forest refuge viewpoint

After 15 minutes of exhaustion and constantly decreasing pace while walking uphill, I reached the forest refuge point. An unexpectedly amazing stop, which offered a cute little picnic area as well as a viewing platform that, faced an open side of the forest, giving an unobstructed view over the city of Kaiserslautern.

I sat on the bench for a little while, took some pictures, and moved on with a heavy heart. I loved it there but also couldn’t wait to explore more.

“What else is there I didn’t know about?” was crossing my mind as I got excited and moved on.

Another 25 minutes later, I reached a forest crossing, which offered me 5 possible directions to continue. Whereas 4 of the trails only had random trail names, one pointed towards an old castle ruin named Beilsteinruine. Old and abandoned medieval remains in the middle of the forest right behind my house? No way, count me in!

My brain had barely processed the words when my feet already started walking. It was almost like I didn’t even have a say in it and naturally gravitated towards architectural leftovers .

As the incline got steeper, the forest got denser. I could barely see the sky above me when I spotted what looked like a small opening in the distance ahead of me. I looked down as I walked the yet steepest part of the hike and suddenly stood right in front of the ruin of an old and, still, beautiful castle that dates back to the 12th century.

Parts of its foundation as well as a drawbridge, which I had to cross, were still preserved. Just like the forest refuge point, the castle ruins offered an outstanding and even more elevated view of the forest now.

After exploring the ruin, I went back to the drawbridge and checked out the information sign.

I learned about the castle’s historical background and also found out that there was a haunted story about a lonely damsel once living in this castle, protected by ghosts. Spooky creatures guarding this place? I guessed it was about time to move on now.

So far, the hiking distance of about 4 miles (6 km) took me almost 2 hours (including multiple rests and photo stops). Since I didn’t have enough yet, I continued to what was, by far, the highlight of my hiking trip.

Observing the city from a fairytale-like observation tower

At an elevation of 425 meters (1,400 feet) over the roofs of Kaiserslautern stands the Humbergturm (Hum berg tower), an observation tower built by locals in the 19th century; It took me another hour and a half from my previous stop, the castle ruin, to get there.

Although this particular stretch of my hike was quite demanding, I enjoyed every minute of it. The beauty of the forest kept my mind wandering in all kinds of emotional ways.

Mostly, I remembered my childhood and how I would play with my friends in the forest. A long-forgotten and very peaceful time that got washed out by the daily duties of adult life.

After enjoying yet another amazing view, I checked the tower and noticed that its door was even open. I climbed the spiral staircase of 133 steps and felt, for whatever reason, like a knight on watch duty when reaching the outside and upper part of the tower. I took in the scenery and even spotted my house far down in the distance.

At this point, I felt not only excited about the view but also embarrassed about the fact that I lived in Kaiserslautern for about 2 years at the time and had never even heard of this place in Germany.

From that moment on, I made the promise to myself that I would start to appreciate local wonders just as much as faraway destinations. After all, the grass seems to not always be greener on the other side.