LEGACY SHOW: All About Juneau, Alaska 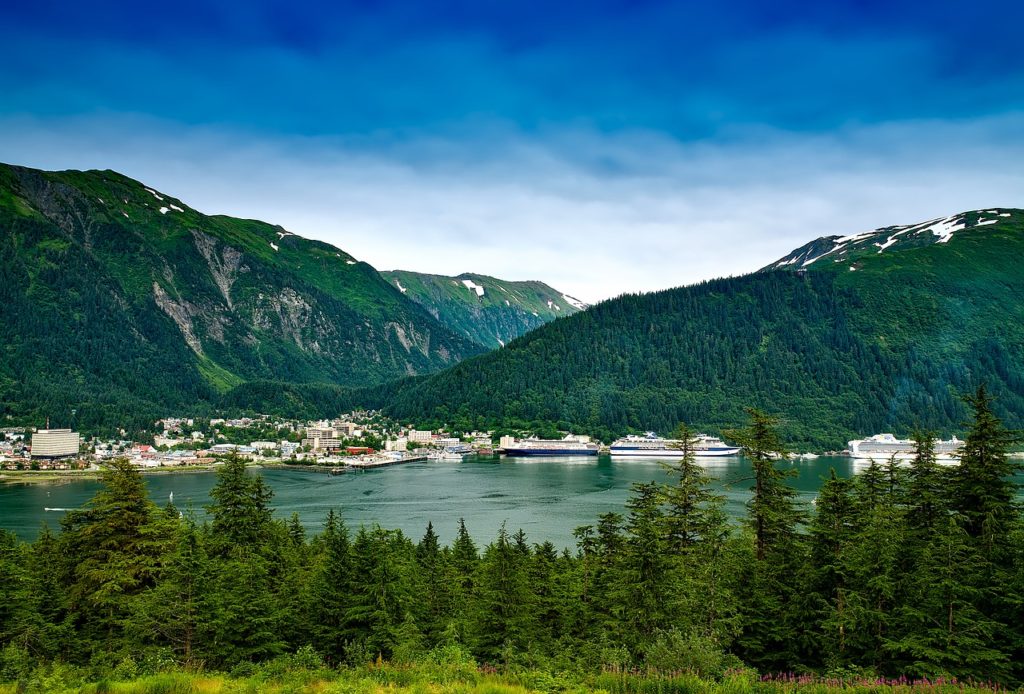 This broadcast is a favorite legacy show that we produced under our old name Travel’n On and before re-branding as WORLD FOOTPRINTS. We’ll explore Juneau, Alaska today.

Travel’n On celebrates Alaska’s 50th anniversary of their induction into the Union as the 49th State with a profile on the beautiful capitol city of Juneau. Lorene Palmer, President of the Juneau Convention & Visitors Bureau tells Travel’n On why Juneau, Alaska is a unique and must see tourist destination. Then Juneau Mayor Bruce Botelho discusses his challenges of managing a city that is larger than some States and why he loves his city. Finally, Jane Lindsey, Director of the Juneau-Douglas City Museum, provides some insight into Juneau’s unique history and culture.

The state capital of Alaska is one of the state’s most attractive cities and a popular tourist destination. With so much to see and do, Juneau is sure to have something to suit your interests. Downtown Juneau is a maze of narrow streets that pass a mixture of new buildings, historic businesses, and charming houses with early 19th-century architecture from the town’s gold-mining days. Downtown Juneau is nestled between Mount Juneau, Mount Roberts, and Gastineau Channel. Cruise ships, fishing boats, and floatplanes are constantly coming and going along the shoreline. Juneau is the only state capital in the United States that can only be reached by air or sea since it lacks a transportation system.