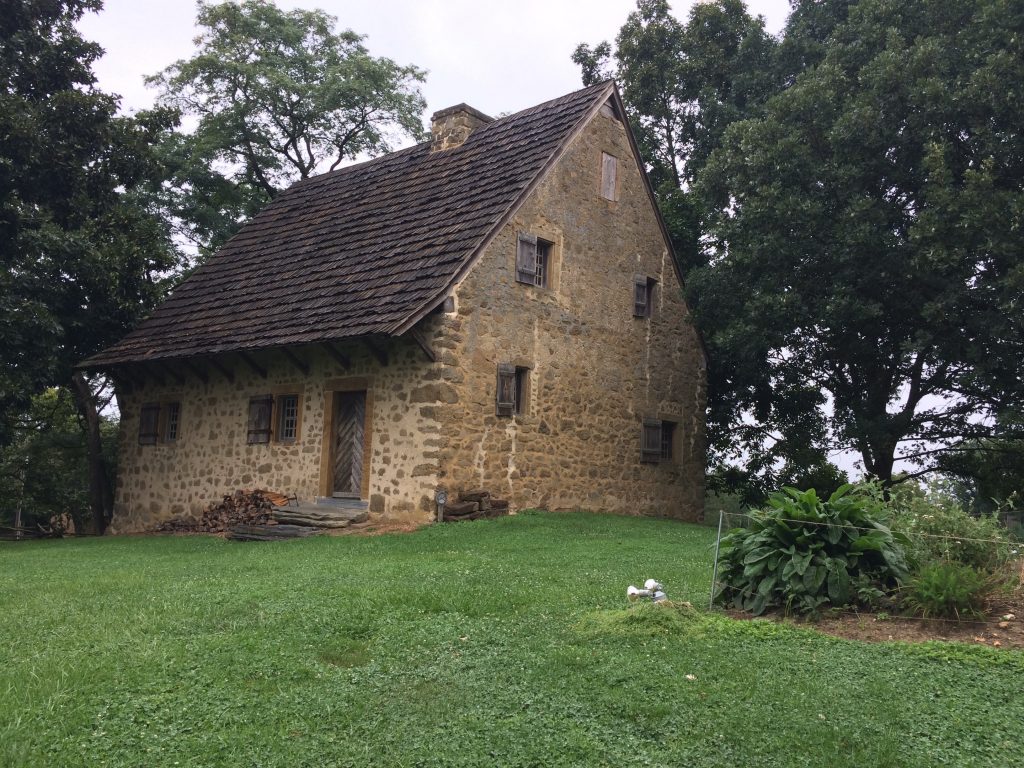 “Travel makes one modest. You see what a tiny place you occupy in the world.”

Our first stop is the Hans Herr House. This structure traces its Germanic roots to 1719 and stands as the oldest homestead in Lancaster County. We learn what life was like for early settlers as our guide David Schrock takes us on a tour of the 1892 farmhouse.

As we finished our tour of the Hans Herr House and grounds, we made our way to the Long House just across the street. The Long House commemorates the Native American people who once called the Lancaster County region their home—the Conoy, Lenape, Susquehannock and others. A visit to the Long House offers insight into the lives of the indigenous people well before the first Europeans set foot in the area.

In another part of Lancaster County sits the Rock Ford Plantation that once served as the home of medical doctor and Military General to George Washington—General Edward Hand. One of the finest examples of Georgian architecture with 18th century origins that remains standing in Pennsylvania, Rock Ford’s elegance shines in the simplicity of its light and airy design.

Finally, as theatre lovers we discovered a performance gem in Lancaster—the Sight and Sound Theatre. This Broadway-style theatre started in 1976 as the vision of Lancaster locals Glen and Shirley Eshelman to bring Bible stories to life on the stage. With the mantle has passed to the next generation, granddaughter Katie Miller shares her family’s journey of faith and the genesis behind making Bible stories theatrical and entertaining for families of all faiths.