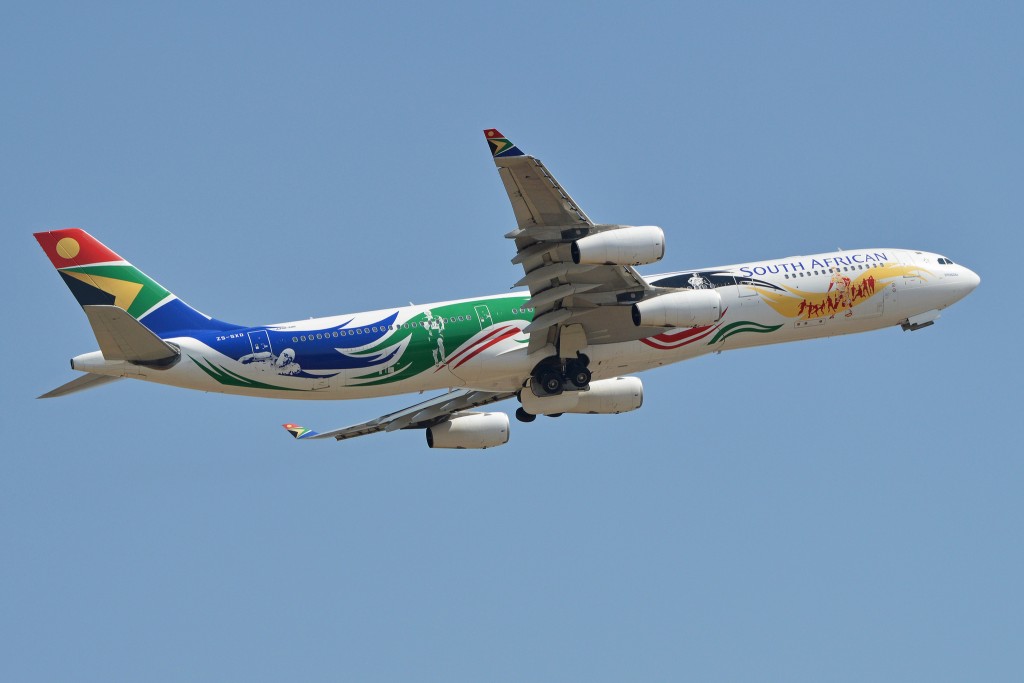 This broadcast is a favorite legacy show that we produced under our old name Travel’n On and before re-branding as WORLD FOOTPRINTS. Tonya and Ian enjoy a conversation with Marc Cavaliere, Executive Vice President of North America for South African Airways.  Marc stopped by to talk to us during our live broadcast from the US-Africa Business Summit.

The national airline of South Africa is called South African Airways (SAA).  The airline, which was established in 1934, has its main office in Airways Park at Johannesburg’s O. R. Tambo International Airport. It has a hub-and-spoke network and serves ten African countries. The airline became the first in Africa to sign with one of the three main airline alliances when it joined Star Alliance in April 2006.

After the South African government purchased Union Airways, South African Airways was established in 1934. At first, the South African Railways and Harbours Administration was in charge of managing the airline. The airline was forced to fly long distances over the continent due to anti-apartheid restrictions imposed by African nations, which prevented it from using stopover airports while apartheid was in effect. Suid-Afrikaanse Lugdiens, which translates to “South African Air Service,” was another name used at this time but has since been discontinued by the airline. In addition to introducing online ticketing services, SAA altered its name, branding, and aircraft livery in 1997. In order for SAA to function as a standalone airline, it was separated from Transnet, its parent business, in 2006. It continues to be one of the biggest state-owned businesses in South Africa.