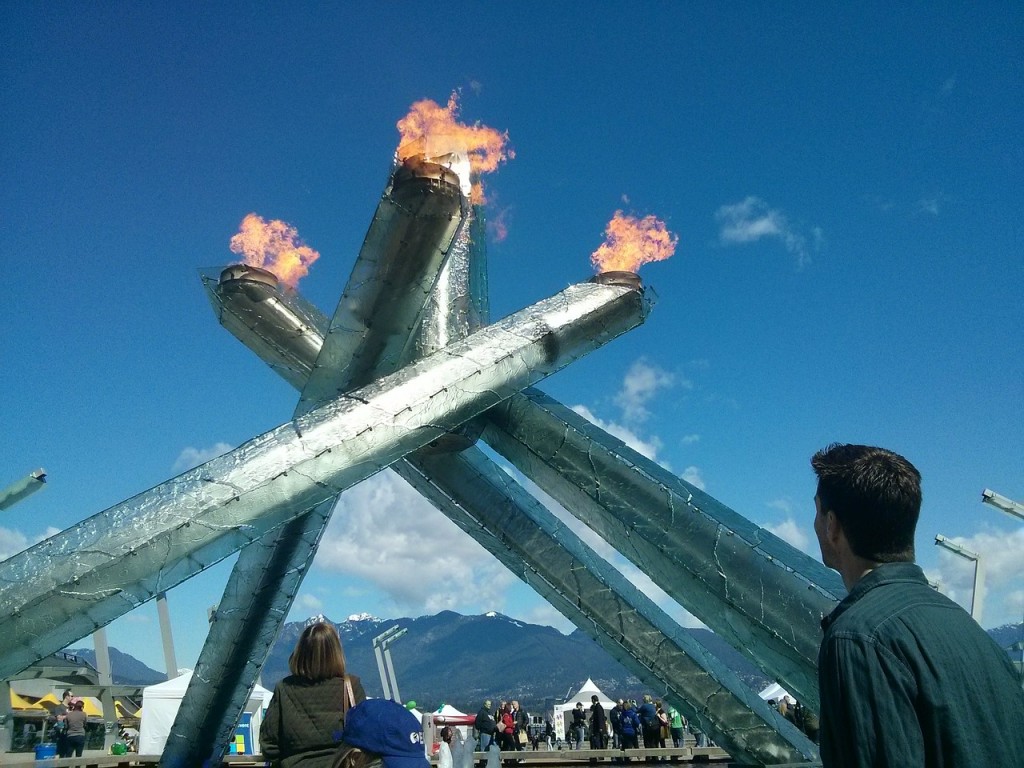 This broadcast is a favorite legacy show that we produced under our old name Travel’n On and before re-branding as WORLD FOOTPRINTS. Vancouver ‘s Winter Olympics left an indelible print on winter sports lovers.

Securing the Canadian wilderness and protecting humans and bears alike are two big security challenges for the Olympics. Chris Doyle, of the British Columbia Ministry of Environment joins Travel’n on to talk about the challenges that the wilderness poses for these games and visitors alike. Then, travel philosopher and fellow journalist Bob Fisher will offer a cultural perspective of our northern neighbor and explain why Vancouver is a perfect hub for the 2010 Winter Olympics. In February and March of 2010, Vancouver took its place on the world’s stage by hosting the 2010 Olympic and Paralympic Winter Games. The venues for the Vancouver 2010 Olympic and Paralympic Winter Games stretched over a 120-kilometre zone from Richmond, through downtown Vancouver and north to the mountain resort of Whistler. Drawing on both new and existing facilities, the goal was to create spectacular theatres for sport that provided top conditions for athletes and a welcomed place for spectators to experience the excitement of competition.

The Games were a rare opportunity for Vancouver to create an amazing and memorable experience for locals, visitors, and athletes.