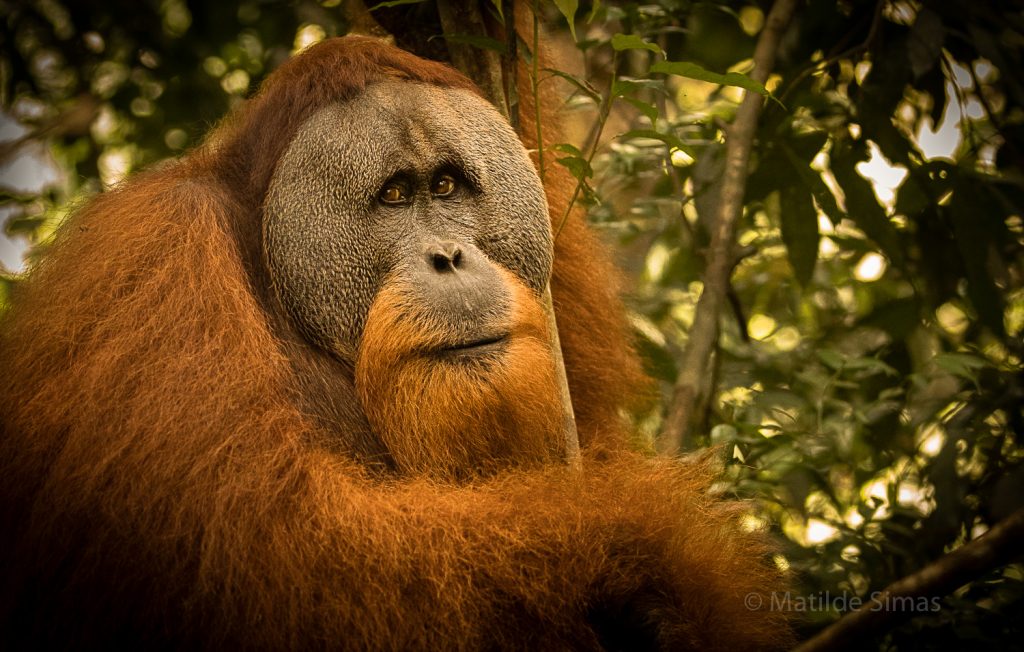 Six and a half million acres. That’s the size of Indonesia’s Leuser Ecosystem, one of the most ancient and biodiverse places ever documented and the last place on Earth where Sumatran rhinos, tigers, elephants, orangutans, and sun bears roam freely together. It’s being clear-cut at an alarming rate, with 606 acres cleared in the lowland rainforests alone during the first quarter of this year.

There’s a lot at stake here. The deforestation affects everyone from the communities living in and around the ecosystem to the species — some of which are critically endangered — that call it home. Even the international community suffers, as it relies on the peat bogs in the area to draw carbon dioxide down from the atmosphere and sequester it underground as carbon, regulating the climate. Unfortunately, much of this deforestation is driven by the unrelenting global demand for palm oil.

The Problem with Palm Oil

Palm oil is a cheap vegetable oil that comes from oil palm trees. Estimates suggest that it’s in about 50 percent of the packaged products found in grocery stores, including pizza, crackers, chocolate, vegan butter, deodorant, shampoo, and lipstick.

When it comes down to it, though, palm oil itself isn’t the problem. Properly managed palm oil plantations can, at least theoretically, coexist with wildlife and communities without causing destruction on the scale we’re seeing in Southeast Asia.

“The problem is very complicated,” says Nayla Azmi, Communications Officer for Orangutan Information Centre, a local nonprofit. “From politics to ignorance to [the scale] of human populations… the bottom line is that the problem is all human.”

Demand for this versatile oil is so high that it’s putting enormous economic pressure on the land in countries like Indonesia and Malaysia — and this demand is driving unprecedented expansion and deforestation in the region. And while the Indonesian government issued a moratorium on logging new concessions in undisturbed tropical forests and peatlands in 2011, the losses continue.

Though palm oil plantations are major employers and help support local economies, the impact on the locals isn’t good. Communities in and around the Leuser rely heavily on its natural resources — particularly the water supply — to live and work. Research out of Stanford University found that the land clearing, plantation management (including pesticide use), and processing of palm oil all release harmful substances into the streams that run through the plantation, contaminating water sources and altering freshwater systems for decades to come. There have also been reports of exploitation and human rights abuses, even at palm oil plantations deemed ‘sustainable.’

On a wider scale, land clearing in the Leuser Ecosystem has a substantial negative impact on the climate, as its peatlands and standing forests store huge amounts of carbon. These carbon sinks help regulate the global climate — but as the areas drain and expose the peat to air, they release huge amounts of carbon dioxide into the atmosphere, making Indonesia the third-largest emitter of CO2 in the world, behind the U.S. and China. It’s estimated that half of these emissions come from peat and about 30 percent from deforestation.

Then there’s the impact on the many species that call the Leuser home. According to the Rainforest Action Network, the area hosts at least 105 mammal species, 382 bird species, and 95 reptile and amphibian species, including clouded leopards, hornbills, and the largest flowers in the world. Perhaps the best-known resident of Sumatra, though, is the critically endangered Sumatran orangutan. The Leuser Ecosystem supports about three-quarters of the remaining orangutan population, which numbers only in the thousands. But deforestation is driving them out, and it’s estimated that about 80 percent of their habitat has been lost in the past two decades alone. As tree-dwelling primates, they simply can’t survive without the forest.

Medan-based nonprofit Orangutan Information Centre (OIC) is tackling these issues head-on. Founded in 2001 by conservationist and National Geographic Emerging Explorer Panut Hadisiswoyo, OIC is active in the regions of North Sumatra and Aceh.

“We are a grassroots organization that works on the ground on a variety of programs to conserve and protect the orangutan and their forest home in Sumatra,” Azmi explains. It’s a multifaceted approach that combines rescue operations with habitat restoration, community development to empower local people, and patrol teams.

The rescues are conducted by the Human Orangutan Conflict Response Unit (HOCRU), a specialized team that evacuates orangutans trapped in small areas of forest that are surrounded by plantations in northern Sumatra. Orangutans in good health are translocated back to Gunung Leuser National Park, while those in need of medical attention are brought to the SOCP quarantine centre to receive rehabilitation. They also conduct rescues to confiscate illegally-kept orangutans. Between 2012 and 2017, HOCRU evacuated 91 individuals and confiscated 44.

The ultimate goal is to eliminate the need for a team like HOCRU altogether. One of the key elements necessary for that to happen is the restoration of huge swathes of forest that have been cleared.

OIC’s forest restoration program is the first of its kind in Sumatra, and it’s been phenomenally successful. Since 2008, the organization has reclaimed nearly 5,000 acres of land that was illegally cleared for plantation development, chopping down tens of thousands of palm oil and rubber trees and replanting a combination of fast- and slow-growing indigenous trees species. The true measure of success, though, is the return of the wildlife. The organization’s Halaban site has had a range of species return to the forest, including Sumatran orangutans and elephants, sun bears, leopard cats, Sambar deer, and various species of birds and primates. It’s a sign that restoration works, and it offers a model for other organizations to employ around the world.

The other key component is community engagement. OIC’s Community Agroforestry, Reforestation, and Education (CARE) program fosters the creation of villages that model conservation-oriented living, developing environmental programs that are compatible with local needs and then transferring management of those programs over to the communities. Since the goal is for the communities to become financially self-sufficient in an environmentally friendly way, there is a strong incentive for the local people to support the initiatives. Since 2001, the organization has engaged more than 1,000 farmers in 53 villages around the Leuser Ecosystem in sustainable agriculture training and more than 10,000 people in activities to raise awareness.

A Long Way to Go

The victories for OIC and their partners are sweet, but too often short-lived. It’s never long before another distress call comes in and the HOCRU team heads out on a rescue mission. And with projects like the $1.6 billion hydroelectric dam being built by state-controlled Chinese companies already underway, the fight to save the orangutan and its forest home can seem like an impossible one to win.

Despite the challenges and frequent setbacks, Azmi remains confident in OIC’s mission. “Everyone needs to stay on board with this initiative to [create] change,” she says. “Everybody must contribute in their own way, no matter how small. Massive changes happen from one small action done by each person.” Matilde Simas explores the capacity of photography to generate social change, activate affect, and empower storytelling. Her work focuses on issues of dignity and human rights around the world, illuminating the enduring strength of victims, survivors, people affected by trauma, and the state of endangered ecosystems. In her work, the body and the landscape become subjects of elaborate narratives, but she actively seeks to allow her subjects agency – a way to impact the story and reclaim truth; represent their endurance and give resilience a voice.