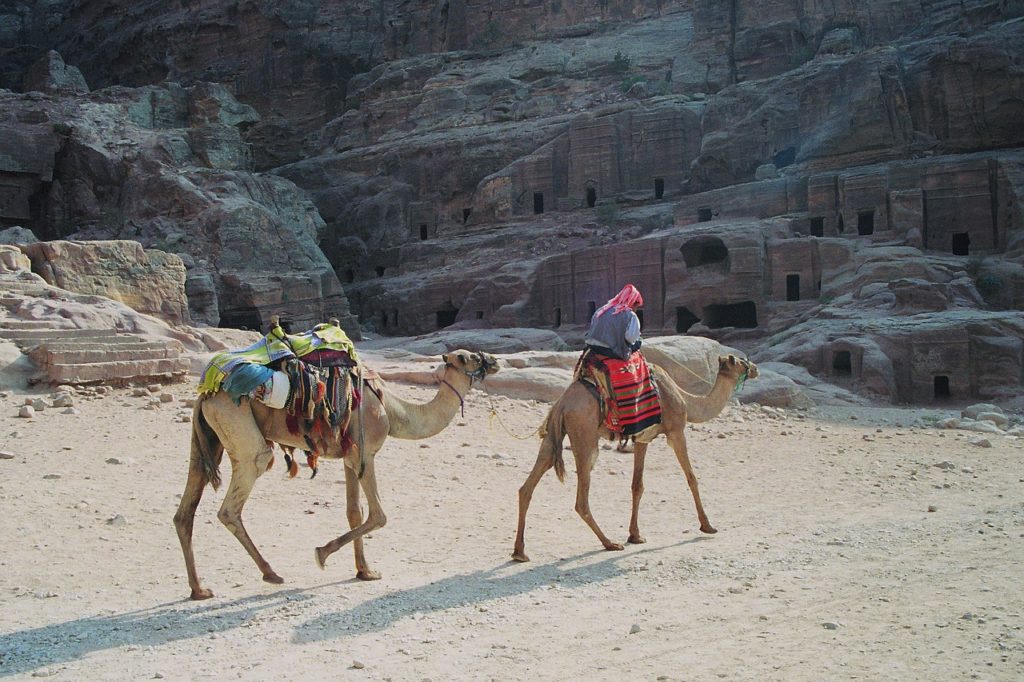 Lying on stacked cushions on the roof of a lodge in Jordan’s Dana Biosphere Reserve, I watch a beam of green light shoot into the sky as our guide circles a constellation with the most powerful laser pointer I’ve ever seen. “That orange star, that’s the womanizer,” Ali says. “He’s always chasing the seven sisters.”

This is the Arab legend of the triangle in the east, Ali tells us: the seven sisters, the womanizer, and the bodyguard, forever chasing each other across the night sky.

Ali is one of the 17 local Bedouin people who work full-time at Feynan Ecolodge in Jordan, where tonight he’s got an audience of about 30 guests on the rooftop, captivated by his stories about the sky.

The sky here is impossibly full of stars, so many that the constellations are hard to spot in the sea of pinprick lights. But Ali’s laser pointer – like a lightsaber on steroids – reaches straight into the heavens to draw them out, and we are mesmerized, our attention broken only by a shooting star.

A Long Journey Into the Desert

Getting to Feynan Ecolodge was an adventure of its own. We arrived at the lodge’s reception center near Quayqura in the west of Jordan after a three-hour drive from Madaba, the city of murals. Then drove along the coast of the Dead Sea and down switchback roads into the desert, slowing to a crawl to pass shepherds on donkeys and in pick-up trucks, moving their large herds of sheep along the roads. And finally pulled into the small parking lot as the sun set, the sky turning first pink and then fiery red.

The off-the-grid lodge is not accessible by road, so we left our bus at the reception center as utter blackness descended – the kind of darkness you can only get in the middle of nowhere. We were deep in more than 7,000 acres of desert managed by Jordan’s Royal Society for the Conservation of Nature. It’s a natural setting for experiments in responsible tourism, where jobs and economic opportunities for local communities are balanced with protecting the country’s most biodiverse nature reserve.

That economic partnership supports 80 families in the area and more than 400 individuals. Six of them, all local Bedouin men, drove us the final eight kilometers over rocky sand in their beat-up pick-ups, rumbling into the desert night toward Ali and his tales of the stars at the candlelit lodge.

Tea with a Bedouin Family

In the morning, as other guests head off for a sunrise hike along Bedouin shepherd trails, I climb back up to the roof. Two donkeys linger under a tree below as the sun comes up from behind the hills, and when I hear a rumbling sound, I turn to see a herd of goats running down the path. As they approach the lodge, they scatter into smaller groups under the trees, nibbling on anything green.

After a vegetarian buffet breakfast at the lodge, Ali leads us on a short walk to the nearest Bedouin tent. We approach from the side, and he clears his throat to alert the family of our presence. It’s a required courtesy so the family knows to quiet their tongues if they’re talking about secret things.

Inside, we sit cross-legged around the fire sipping Bedouin tea, made by Hmoud and his young nephew. The matriarch of the family appears with water, but then retreats to the women’s side of the tent, out of view. “If men and women sit together,” Ali says, “men don’t get a chance to talk – only listen.”

The local name for this tea is shay – but it is also known as Bedouin whiskey – or Bedouin Red Bull, Ali says with a laugh. It is strong and bitter and very sweet. “Bob Marley says, ‘no woman, no cry.’ For us, it’s no sugar, no shay.”

As we drink, Ali tells us more about local life. All the goats we’ve seen belong to the Bedouin, who take them out grazing after breakfast. Local families still live mostly traditional lives here – but they now choose the locations for their seasonal camps based on the strength of the cell-phone signal. Ali says it’s not uncommon to see a row of phones hanging along the wall of a goat-hair tent for better reception, and that social media and texting have become important networking tools for these communities spread out across the desert. We all pull out our phones to follow Hmoud and Ali on Instagram.

When our legs begin to fall asleep, we untangle ourselves and walk back past the goats to the lodge to pick up our bags. It’s been a short visit, so we don’t have time to visit the nearby ancient copper mines, learn to bake Arabic bread, or tour the local villages by mountain bike. Instead, we pile into the pick-ups and jostle our way back to the main road, where we get into our bus and head south toward Petra. Our clothes still smell of smoke from the fire.

Back at home, I pause over Ali’s latest desert snap in my Instagram feed. I always think of him when I look up at the night sky, my hands warmed by a cup of sweet tea. His stars are lost in the brightness of the city lights, but I know they’re up there, forever seeking.

Note: This experience was part of a press trip paid for by the Jordan Tourism Board. 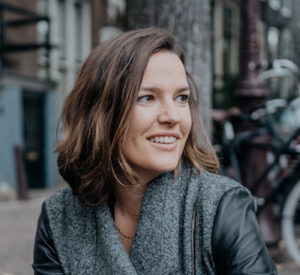 Christina Newberry is an award-winning Canadian freelance writer now living in Amsterdam, where she’s learning to speak Dutch and navigate bike lanes. Her work has recently appeared in Canadian Traveller, Roads & Kingdoms, Time Out, and Fodor’s. Follow her latest adventures on Instagram, or connect with her through her website: christinanewberry.com/hello